FT. LAUDERDALE, FL — January 5, 2004 — Further evidence that manipulating the intestinal flora with a highly concentrated probiotic may be an effective therapeutic strategy for patients with inflammatory bowel disease (IBD) was reported in this month’s issue of the medical journal Gut

Further evidence that manipulating the intestinal flora with a highly concentrated probiotic may be an effective therapeutic strategy for patients with inflammatory bowel disease (IBD) was reported in this month’s issue of the medical journal Gut.
In the year-long, placebo-controlled study, once daily treatment with the probiotic preparation

VSL#3â„¢ was shown to be highly effective in maintaining antibiotic induced remission of a post-surgical complication called pouchitis in patients with ulcerative colitis (UC) who have had their colons surgically removed. Additionally, patients in the study who took VSL#3 reported improved quality of life compared with a marked deterioration in quality of life seen in the patients who received placebo.

According to the Crohn’s and Colitis Foundation of America, approximately 25 percent to 40 percent of the 500,000 patients with UC will need their colon removed and an internal pouch created to store stool using a portion of the small intestine. Pouchitis, often considered to be a form of chronic UC, is the most frequent and serious long-term complication of this surgery and is characterized by increased stool frequency and fluidity, rectal bleeding, abdominal cramping, incontinence and fever.

“About 5 to 15 percent of patients experience recurrent or refractory pouchitis, which is associated with a severe decline in quality of life for patients,” said lead investigator Toshiki Mimura, MD, PhD, Lecturer, School of Medicine, Teikyo University, Japan. “These individuals require continuous doses of antibiotics, which are not without side effects and place them at risk for developing an antibiotic-resistant infection. Some patients do not respond to any treatments and have little choice but to suffer with their symptoms.”

The double-blind study conducted at St. Mark’s Hospital in the United Kingdom and a center in Bologna, Italy examined 36 patients with recurrent (occurrence at least twice in the previous year) or refractory (requiring continuous use of antibiotics) pouchitis as defined by a Pouchitis Disease Activity Index (PDAI) score of greater than or equal to 7, with zero being perfect and 18 being worst. Remission had been induced in all patients by a four-week course of the antibiotics metronidazole (400 mg or 500 mg twice daily) and ciprofloxacin (500 mg twice daily). Twenty patients were given VSL#3 6g once per day, while 16 patients received placebo. Remission, the primary endpoint, was maintained at one year in 17 patients (85 percent) taking VSL#3 and in only one (6 percent) patient who received placebo. Remission was defined as a PDAI score of less than or equal to 2.

Health-related quality of life and patients’ general satisfaction with treatment were secondary endpoints in the study. The Inflammatory Bowel Disease Questionnaire (IBDQ) was used to assess quality of life examining bowel, systemic and emotional symptoms and social function of patients, with a score of 32 being worst and 224 being best. At the beginning of the study, IBDQ scores were high (190 in the VSL#3 group and 169 in the placebo patients). However, at 12 months or time of relapse, the VSL#3 group score was 205 versus 105 for placebo. Similarly, patient satisfaction scores remained high for the VSL#3 treated group, but deteriorated significantly for the placebo group.

In past studies of probiotic therapies, quality of life has not been effectively assessed. However, the Gut study confirms that VSL#3 is an effective once daily maintenance therapy that sustains patient satisfaction and quality of life. In another recent study published in the May 2003 edition of the journal Gastroenterology, researchers reported that VSL#3 is effective in the prevention of pouchitis. In this study, of the patients given VSL#3 3g once per day following pouch surgery, 10 percent developed pouchitis, while 40 percent of those taking placebo developed the complication.

Additionally, results presented at the 2003 Digestive Disease Week (DDW) meeting showed mild to moderate UC patients not responding to conventional therapy achieved a combined remission and/or response rate of 86 percent when treated with VSL#3. Although the pathogenesis of UC is not totally clear, there is good evidence to suggest that controlling the balance of the intestinal bacterial flora may be very beneficial for these patients. Numerous clinical studies have shown that the high-concentration probiotic, VSL#3, is effective in controlling and maintaining a healthy balance of the intestinal flora. 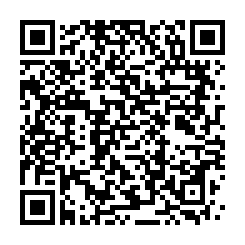