In a prospective Chinese study in which bismuth was added to standard PPI-based triple therapy, the Helicobacter pylori eradication rate was above 90%. Increased treatment duration was also crucial—a therapeutic gain of 13% was achieved if the quadruple therapy was administered for 14 days instead of 7 days. Clarithromycin resistance was also overcome by the prolonged bismuth-containing quadruple therapy.

Global guidelines recommend that first-line therapies for Helicobacter pylori infection should have a minimum 90% eradication success rate. This eradication rate is frequently not achieved with the standard PPI-based triple therapies, primarily owing to the increased prevalence of H. pylori strains that are resistant to clarithromycin, and to a lesser extent to metronidazole. A randomized, open-label Chinese trial including 160 patients with H. pylori infection and functional dyspepsia assessed whether adding bismuth potassium citrate to the standard twice-daily PPI-based triple therapy (omeprazole, amoxicillin and clarithromycin) and extending the treatment duration from 7 days to 14 days would improve treatment efficacy.[1] The success rate of the bismuth-containing quadruple therapy in the intention-to-treat analysis was 93.7% in the 14-day treatment arm versus 80.0% in the 7-day treatment arm (per-protocol analy sis; 97.4% and 82.0%, respectively). Sun and colleagues, who performed the study, did not include a control group who were treated with standard triple therapy, and this omission limits their ability to prove the superiority of the quadruple therapy over the standard triple therapy. However, they refer to other studies performed in China that achieved eradication rates of only around 75% with standard triple therapy.[2,3]

The optimal duration of PPI-based triple therapy with amoxicillin and clarithromycin is an ongoing matter of debate. Although study results are contradictory they are generally not in favor of a prolonged treatment duration.[4,5] For example, a prospective, randomized trial found no therapeutic gain from extending standard triple therapy from 7 days to 14 days.[6] However, this is not the case for the bismuth-enhanced triple therapy (quadruple therapy), which provides a therapeutic gain of more than 10% if treatment is prolonged from 7 days to 14 days.[1]

A key finding from the Chinese study is that 14 days of quadruple treatment overcomes clarithromycin resistance in the majority of patients (84.6%), whereas the 7-day treatment does not (36.3%). Although the number of patients with clarithromycinresistant strains of H. pylori in the study was small (24 patients), this is a relevant finding, as it indicates that the addition of colloidal bismuth to a first-line regimen would maintain the high eradication efficacy when treating antibiotic-resistant strains. In addition, monitoring for the development of clarithromycin resistance would not be required and bismuth- containing quadruple therapy could even compensate for the absence of new, alternative anti biotics. However, coll oidal bismuth might be even more effective if added to a regimen containing metronid azole instead of clarithromycin. This strategy should totally eliminate the issue of clarithro mycin resistance. Metronidazole resistance is less relevant; as it has a stable resistance pattern over many years, short-term exposure to high doses of metronidazole (up to 1,600 mg) is not expected to carry a high risk of severe adverse effects. The addition of bismuth and prolonged treatment duration seem to be effective for the eradication of H. pylori infection.

The addition of colloidal bismuth to the standard triple therapy results in an improved eradication rate, therefore, bismuth is the key ingredient that makes the difference. This effect is attributable to bismuth's synergistic effect with antibiotics, particularly with the 5-nitroimidazole family of antibiotics, which includes metronid azole.[11] The study by Sun et al. clearly demonstrates that extending therapy duration to 14 days is the other key factor in the efficacy of bismuth-containing quadruple therapy, leading to a therapeutic gain of around 15%. This effect is particularly pertinent in regions of high clarithromycin resistance. Thus, it is the combination of these factors that ultimately confers high efficacy (>90% eradiation rate) to the quad ruple therapy.

The lesson learned from the study by Sun and colleagues is that prolongation of eradication therapy beyond 7 days is important for the efficacy of quadruple therapy with bismuth. In response to the worldwide increase in clarithromycin resistance, quad ruple therapies will have to be promoted from a second-line therapy option to a first-line therapy option in regions where clarithromycin resistance rises to 20% or higher. Future guidelines will have to reconsider carefully first-line therapeutic options and the inclusion of bismuth potassium citrate in treatment regimens. 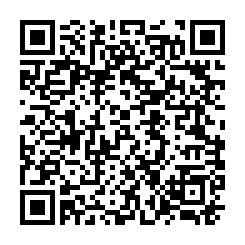