INTRODUCTION — Posttraumatic stress disorder (PTSD) has been described as "the complex somatic, cognitive, affective and behavioral effects of psychological trauma" [1]. PTSD is characterized by intrusive thoughts, nightmares and flashbacks of past traumatic events, avoidance of reminders of trauma, hypervigilance, and sleep disturbance, all of which lead to considerable social, occupational, and interpersonal dysfunction.

Effective treatments for PTSD include medications and psychotherapy. However, a substantial proportion of patients have symptoms resistant to treatment. It is often necessary to switch or combine treatments to achieve a satisfactory therapeutic response.

The treatment of PTSD is addressed in this topic. The epidemiology, pathophysiology, clinical manifestations, and diagnosis of PTSD are discussed separately.

TREATMENT — Due to the complex nature of the disorder, individuals with PTSD may benefit most from long-term multifaceted treatment [2]. Initial treatment can consist of either medication or psychotherapy based on patient preference and treatment availability; neither has consistenly been shown to be superior to the other in clinical trials. Combined medication and psychotherapy should be offered to patients who do not respond adequately to either modality individually.

The diagnosis of PTSD is made after persistence of symptoms for at least four weeks after the trauma. Ideally, treatment should be initiated shortly after diagnosis. Early treatment of PTSD may prevent chronicity [3].

Pharmacologic therapy — The therapeutic goals of pharmacologic therapy are to decrease intrusive thoughts and images, phobic avoidance, pathological hyperarousal, vigilance, impulsivity, and depression. Drug therapies have been most effective in decreasing arousal and the reexperiencing of symptoms such as nightmares and flashbacks (positive symptoms of PTSD), and generally less effective for the symptoms of avoidance, numbing, and withdrawal (negative symptoms).

If effective, medication should be continued for at least a year to prevent relapse or recurrence.

Serotonin reuptake inhibitors — Selective serotonin reuptake inhibitors (SSRIs) are first-line medications for the treatment of PTSD. In a meta-analysis of seven randomized trials, patients treated with SSRIs were more likely to experience improvement in symptoms and functioning than the group receiving placebo (RR 1.59, 95% CI 1.39 to 1.82) [4]. Symptoms of PTSD responsive to SSRIs include flashbacks, arousal, and avoidance [5-7].

Research indicates that continuing the SSRI for at least six months in patients who respond to the medication reduces the rate of relapse [8].

SSRIs are typically started at the low end of their therapeutic range and titrated up gradually if the patient does not respond to the initial dose. Lower starting doses are used for patients who may be more sensitive to side effects. Usual starting doses, low starting doses, and therapeutic dose ranges for commonly used SSRIs are shown in a table (table 1).

* If an immediate release preparation of fluvoxamine is used, dose shown in table should be given in two divided doses.


Common side effects include jitteriness, restlessness, agitation, headache, gastrointestinal symptoms (diarrhea and nausea), and insomnia. As many as half of men and women develop sexual side effects after several weeks or months of SSRI therapy [9]. These adverse effects can lead to medication discontinuation. The management of SSRI-induced sexual dysfunction is discussed separately.

Other antidepressants — Tricyclic antidepressants decrease intrusive nightmares and flashbacks [10]. They are generally poor for treating avoidance and numbing, although amitriptyline improved avoidance symptoms in one study [11]. Treatment of coexisting depression will improve most symptoms of PTSD, particularly avoidance and numbing. Tricyclics are generally less well tolerated than SSRIs and not considered first-line agents. Side effects include sedation, weight gain, sexual dysfunction, orthostasis, and exacerbation of problems with cardiac conduction.

Monoamine oxidase inhibitors are effective in decreasing intrusive thoughts, nightmares, and flashbacks [10]. However, side effects and dietary restrictions limit their use to cases with an inadequate response to other antidepressants.

Benzodiazepines — Benzodiazepines are generally ineffective in PTSD, which is surprising considering the constellation of anxiety, jitteriness, hyperarousal, and autonomic instability commonly observed in these patients. One study comparing alprazolam and placebo found a modest reduction of anxiety in patients with PTSD, although symptoms specific to PTSD were not changed [14]. Given the prevalence of comorbid substance abuse in patients with PTSD and the lack of efficacy, benzodiazepines should generally be avoided.

Mood stabilizers — Anticonvulsant medications with demonstrated mood-stabilizing properties for other psychiatric disorders, includingcarbamazepine, valproic acid, and lamotrigine, may be effective in treating impulsive behavior, hyperarousal, and flashbacks in patients with PTSD [15]. Adequately powered, randomized trials have not been conducted.

Alpha blockers — In several, small randomized trials, prazosin decreased nightmares, but did not substantially affect other symptoms of PTSD [16-18]. Side effects include orthostasis, headache, and lethargy.

Trauma-focused cognitive behavioral therapy — Cognitive components of trauma-focused CBT involve helping the patient identify and challenge distorted thinking patterns related to themselves and the trauma they experienced. Behavioral interventions include gradual re-exposure to memories or reminders of the trauma, with resulting desensitization to them. In a meta-analysis of 14 randomized trials, patients showed a greater reduction of PTSD symptoms from trauma-focused CBT than patients receiving usual care [20]. Trauma-focused CBT has been found to be effective when delivered to individuals or groups. Research studies have also demonstrated the effectiveness of cognitive therapy or behavioral therapy when these components are delivered separately [1,20].

Eye movement desensitization and reprocessing — Eye movement desensitization and reprocessing (EMDR) involves the patient recalling and visualizing the traumatic experience while making repeated eye movements. EMDR has been found to reduce PTSD symptoms compared to usual care in five trials with a total of 162 patients [20]. The treatment has raised controversy, and evidence suggests exposure is the effective component of the therapy, and eye movements may not be necessary [20,21].

Conceptually, the combination of treatments may be complementary. As described above, medications are most effective for "positive symptoms" of PTSD, eg, arousal, nightmares, and flashbacks, while psychotherapy can be effective for associated, "negative symptoms" including avoidance, numbing, and withdrawal.

PREVENTION — Pharmacologic and psychological interventions have been tested for use in the aftermath of traumatic events, but neither has been shown to prevent onset of PTSD in randomized trials.

Morphine — A recent observational study examined use of morphine early in the treatment of trauma. A retrospective study of 696 US military personnel who experienced physical trauma compared the rate of morphine use during early trauma care between those who subsequently developed PTSD and those who did not. Subjects with PTSD were less likely to have received morphine (OR 0.48, 95% CI 0.34 - 0.68) [1]. These results need replication in both observational and double blind trials. A similar, dose-related association between morphine use and subsequent development of PTSD was observed in an earlier analysis of 24 children who received inpatient medical care for treatment of acute burns [23].

Other medications — In small, preliminary investigations of a preventative role for other agents, evidence for propranolol was mixed [24,25] and studies of benzodiazepines [26] and gabapentin [25] were negative.

Psychological debriefing — Despite extensive use following disasters and other traumatic events, psychological debriefing has been found to be ineffective in preventing PTSD [27,28]. Also known as "critical incident stress debriefing", the intervention involves recollecting, articulating, and reworking of the traumatic event. Meta-analyses of numerous clinical trials found no evidence of effectiveness for either the initial, single-session intervention [27] or for subsequent, multiple-session versions [28]. 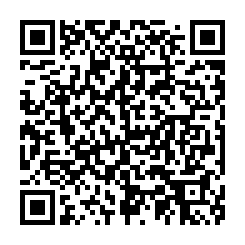