Kawasaki disease—an acute, self-limiting vasculitis of childhood—is the leading cause of acquired pediatric heart disease in North America. Approximately 85% of children diagnosed with the disorder are younger than 5 years, and the incidence is higher among children of Japanese descent.1 The clinical manifestations of Kawasaki disease are often analogous to those of adenovirus infection or scarlet fever, including fever, dry conjunctivitis, erythema of oral mucosa and lips, rash, and cervical lymphadenopathy.2Complications may develop if Kawasaki disease is left untreated; for example, coronary artery aneurysms occur in 15% to 25% of untreated children. These complications may lead to myocardial infarction (MI), sudden death, or ischemic heart disease.

Kawasaki disease is classified as an autoimmune disorder, and therefore many proinflammatory processes are activated. Levels of cytokines and chemokines—e.g., tumor necrosis factor alpha (TNF-alpha) and interleukins 1, 6, and 8—are elevated during the acute phase of the disease. TNF-alpha elevation has been seen during the acute phase regardless of whether coronary artery lesions are present. Additionally, activated monocytes and macrophages have been found in vessel walls of autopsied patients, as well as in skin samples from patients in the acute phase.1

The origin of Kawasaki disease is currently unknown, but a seasonal peak in incidence during the winter and spring months suggests that an infectious agent is to blame.1 Researchers have been unable to isolate and identify the agent, however, leading to the theory that a ubiquitous infectious agent is responsible and only genetically predisposed individuals are at risk. The hypothesis that Kawasaki disease is due to drug or pollutant exposure has been disproved, even though the clinical presentation of the disorder is similar to that of mercury hypersensitivity.2 More than 150 symptoms and approximately 50 laboratory findings are seen in both Kawasaki disease and mercury poisoning, including persistent high fever lasting more than 5 days, swollen lymph nodes, and edema of the hands and feet.3

Currently, there is no specific diagnostic test for Kawasaki disease. Therefore, clinical criteria have been established to help differentiate between Kawasaki disease and other conditions with a similar clinical appearance.4 According to the American Academy of Pediatrics, Kawasaki disease may be diagnosed based on a fever lasting 5 or more days plus the presence of at least four of the five primary clinical features (TABLE 1).2 These manifestations routinely occur at separate times rather than concurrently. Some patients may present with fever lasting 5 or more days, but do not meet four of the five primary clinical features. A diagnosis of Kawasaki disease may still be made if coronary artery disease is identified by two-dimensional echocardiography or coronary angiography. Because of the lack of specificity of the diagnostic criteria, other diseases with similar presentations should be excluded (TABLE 2).2

The majority of patients with Kawasaki disease present with an elevated erythrocyte sedimentation rate (ESR) and C-reactive protein (CRP) level.4 This occurs because ESR and CRP are markers of acute inflammation, and levels will begin to normalize about 6 to 10 weeks after onset. Leukocytosis is characteristic of the acute stage of Kawasaki disease, with a white blood cell count >15,000/mm3in nearly 50% of patients. Anemia may develop if the active inflammation persists; however, severe hemolytic anemia may occur due to intravenous immunoglobulin (IVIG) infusion.2

During the later stage of the disease, thrombocytosis may occur, with platelet counts from 500,000/mm3 to >1 million/mm3. This rarely occurs in the first week of symptoms; it usually appears in the second week and peaks during the third week. Thrombocytopenia, rarely seen during the acute stage, is a risk factor for the development of coronary artery aneurysms.2

The goal of therapy in patients who have developed coronary artery aneurysms is to prevent thrombosis and stenosis. A peak in mortality may be seen at 15 to 45 days after the onset of fever. This is because of the elevated platelet count and hypercoagulable state occurring simultaneously with the coronary vasculitis.2 Nearly all deaths in patients with Kawasaki disease are due to the cardiac sequelae that may arise. Coronary artery aneurysms resulting from Kawasaki disease may remain silent until the patient is 30 to 40 years old. When assessing MI in a young adult, medical practitioners should look for an illness in the patient’s childhood that may correspond with Kawasaki disease.2

When a child presents with signs and symptoms of Kawasaki disease, the evaluation algorithm developed by the American Heart Association (FIGURE 1) should be reviewed.2 Although the algorithm is not based on current clinical evidence, the seriousness of the potential complications of the disease warrant its use in the absence of a gold standard or formal diagnostic test.2 Treatment for Kawasaki disease may be initiated once fever has been present for 5 days and four of the five primary clinical features are met. Treatment also may be initiated if coronary abnormalities are present in the absence of clinical criteria required for diagnosis. Coronary abnormalities are defined by a z score higher than that of the normal population, indicating vasculitis or inflammation of the large coronary artery.5

Treatment phases vary for different treatment goals, and duration of therapy will vary depending on the desired outcome and goals. Acute-phase treatment is aimed at preventing cardiac thrombosis by reducing the inflammation in the coronary artery wall, whereas long-term therapy is aimed at preventing myocardial ischemia or MI in children who develop coronary aneurysms.6

Infected children within the first 7 to 10 days of illness onset should receive IVIG 2 g/kg in a single infusion over 8 to 12 hours, along with aspirin. IVIG treatment should also be initiated after the 10th day in children presenting with persistent fever. A meta-analysis examined all published studies performed between 1967 and 1993 that compared varying IVIG and aspirin therapies for the prevention of coronary artery aneurysms. Patients received one of the following regimens: aspirin; low-dose (LD) IVIG plus aspirin; high-dose (HD) IVIG plus aspirin; single-dose (SD) IVIG plus aspirin; HD IVIG plus LD aspirin; or HD IVIG plus HD aspirin. HD IVIG was defined as >1 mg/kg, LD IVIG as £1 mg/kg, SD IVIG as >1 mg/kg, LD aspirin as £80 mg, and HD aspirin as >80 mg. Patients treated with IVIG plus aspirin versus aspirin alone had a lower incidence of coronary artery aneurysms.7 The results also favored the single administration of HD IVIG over multiple administrations.7

Adverse effects of IVIG vary between products and may include hypotension, fever, myalgia, and cough. Measles and varicella vaccinations should be postponed for approximately 11 months after IVIG therapy.2

Aspirin: Aspirin used in combination with IVIG has been shown to have synergistic anti-inflammatory effects in the treatment of Kawasaki disease.7 Aspirin is usually administered at 80 mg/kg/day to 100 mg/kg/day in 4 divided doses. Initial treatment with aspirin at this dose has been widely used for its anti-inflammatory effects. Duration of HD aspirin therapy is subject to clinician preference; it may be used as briefly as up to 48 to 72 hours after fever resolution or up to 14 days after fever onset. Once the clinician decides to discontinue the HD aspirin, LD aspirin at 3 to 5 mg/kg/day is maintained until no signs of coronary changes are present. Evaluation of aspirin therapy should occur 6 to 8 weeks after illness onset, when signs of any coronary changes would be evident. All children receiving aspirin therapy should be evaluated for risk of Reye’s syndrome, influenza, and varicella. The clinician should perform a careful risk-versus-benefit analysis before determining whether an infected child receiving aspirin therapy should be vaccinated.2

Research is currently being performed to elucidate the mechanism of action of IVIG and aspirin in the treatment of Kawasaki disease. Recently, an in vitro study using a murine model divided the disease pathogenesis into three steps.8 First, vascular inflammation occurs after massive T-cell activation. The activation then stimulates the production of TNF-alpha and other immune infiltrates in the heart. TNF-alpha upregulates matrix metalloproteinase 9 in vascular smooth-muscle cells, which are linked to elastin breakdown, an indicator of aneurysm formation. In evaluating the effects of IVIG and aspirin at all three steps, the study found that IVIG inhibited T-cell and TNF-alpha production—two important steps of the pathogenesis of the disease—but that aspirin did not. Not only did aspirin fail to inhibit TNF-alpha production, but it also induced TNF-alpha production at lower doses. Concurrent administration of HD IVIG was ineffective against this induction of TNF-alpha, eventually leading to coronary artery abnormalities. Although this study was performed in order to determine why IVIG and LD aspirin are an efficacious treatment regimen for Kawasaki disease, its results indicate that further evaluation of LD aspirin therapy in this regard is required.8

Steroid Therapy: Before the use of IVIG, clinicians used corticosteroids to treat Kawasaki disease. Although corticosteroid therapy is used less often now because of the efficacy of IVIG plus aspirin, a recent study found that adding IV methylprednisolone to the combination therapy yielded reductions in fever duration and hospital stay.9 Corticosteroid therapy holds some promise, as more studies of this possible adjunctive therapy are being conducted.9

Patients with Kawasaki disease are deemed refractory or persistent cases if the fever continues longer than 36 hours after initial IVIG therapy. If this occurs, retreatment with IVIG at the standard dose is usually administered. If more than two ineffective IVIG infusions have occurred, IV pulse methylprednisolone at 30 mg/kg over 2 to 3 hours, once a day for 1 to 3 days, should be administered.2Other treatments include plasma exchange, ulinastatin, abciximab, and cyclophosphamide.

Current research has shown that TNF-alpha plays a role in inflammation in acute and refractory Kawasaki disease. Elevations in TNF-alpha receptors have been seen in patients with Kawasaki disease, with the highest levels occurring in those who develop coronary artery aneurysms after IVIG treatment. TNF-alpha antagonism with infliximab has shown potential as a rescue therapy for patients with persistent Kawasaki disease.10 A small study evaluated the safety and efficacy of etanercept as adjunctive therapy to IVIG plus HD aspirin for the treatment of Kawasaki disease.11 Subjects received initial doses of IVIG and aspirin therapy, followed by 3 doses of etanercept. Subjects did not have persistent fever requiring a second dose of IVIG, and CRP values normalized by day 7.11

Prevention: Because children with Kawasaki disease are at risk for cardiac abnormalities, thrombosis prevention should be initiated as the disease severity progresses. Prevention of thrombosis may involve LD aspirin (with or without dipyridamole or clopidogrel) as antiplatelet therapy or warfarin or low-molecular-weight heparin as anticoagulation therapy.2 A retrospective study of six institutions evaluated the risk of developing an acute MI while taking concurrent warfarin and LD aspirin.12 The study evaluated both patient-specific (e.g., age, gender) and disease-specific (e.g., maximum diameter of coronary aneurysms) factors in 83 subjects with a history of Kawasaki disease and coronary aneurysms >8.0 mm in diameter. Combination warfarin and LD aspirin, with a prothrombin international normalized ratio goal of 1.5 to 2.5, was found to reduce the risk of acute MI.12

Treatment: Unlike coronary thrombosis, which occurs in adults, the thrombosis formed in Kawasaki disease is not associated with plaque rupture. Thrombosis treatment should be generalized to the entire coagulation process. No major studies have been performed in children, however. Thrombosis treatment in Kawasaki disease continues to be the same as that for adults with coronary disease who have similar treatment goals. This treatment includes streptokinase, urokinase, and tissue plasminogen activator, which have varying degrees of success.2 An increased risk of bleeding is associated with these treatment options, so it is imperative to monitor patients receiving treatment.

The origin of Kawasaki disease has yet to be pinpointed, although there may be a link to an infectious agent or a genetic predisposition. It is imperative that diagnosis be made as early as possible so that treatment may be initiated. IVIG is the mainstay of therapy in patients who meet the diagnostic criteria. Coronary artery aneurysms may develop in 15% to 25% of cases if the disease is left untreated; however, treatment with IVIG during the acute phase has been proven to reduce the risk to less than 5%.2 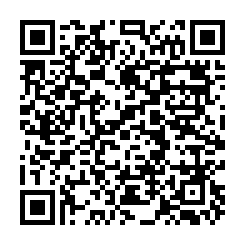