"Based on previous literature, this was in line with what we had hoped for and what we hypothesized. Still, we were excited to see our expectations hold up after testing," lead study author Michelle Price Judge, PhD, RD, assistant professor in residence at the University of Connecticut School of Nursing in Storrs, told Medscape Medical News.

The investigators note that although the study population was too small to discern whether fish oil consumption resulted in a lower incidence of diagnosable PPD, the treated group showed significantly fewer symptoms common to PPD, including anxiety and loss of self.

"The findings show that we really need to encourage women to enhance their intake of omega-3 fatty acids during pregnancy to recommended levels," said Dr. Judge.

"I would also feel comfortable encouraging these women to speak to their physician about taking prenatal supplements that contain omega-3, especially during the third trimester."

Dr. Judge reported that in an earlier study, she found that consumption of DHA by pregnant women gave their infants a developmental advantage up to 9 months after birth.

"That one had some exciting results pointing to the importance of maternal dietary intake of fish oil during pregnancy in infant neurodevelopment, including visual acuity and problem solving," she said.

"I was interested then in extending this research a little further to see if there was a beneficial impact of consuming fish oil during pregnancy for mother as well."

According to her presentation, 25% of new mothers are affected by PPD.

"In uncomplicated pregnancies, long-chain polyunsaturated fatty acids are preferentially transferred across the placenta. There's an acceleration of transfer of DHA to the developing fetus during the third trimester, depleting maternal stores and placing mother at an additional risk," explained Dr. Judge.

"When you look at low DHA levels in animal studies, you see that this ties in to dopamine and serotonin production, which can impact the regulation of mood."

For this study, 42 pregnant women were enrolled and randomized to receive either corn oil placebo capsules (n = 22; mean age, 28 years) or fish oil capsules containing 300 mg of DHA (n = 20; mean age, 27 years) for 5 days a week between the 24th and 40th weeks of pregnancy.

The researchers note that this DHA amount is equivalent to what a woman would consume after eating a half serving of salmon.

"It is noteworthy that dietary DHA intake during pregnancy has been estimated to be 50 to 70 mg of DHA daily, a mere fraction of the 200 to 300 mg daily that is considered optimal during pregnancy by most experts," they write.

"This is just a real problem — women in the US and Canada who are pregnant aren't consuming enough omega-3," added Dr. Judge.

Results showed a significantly lower PDSS composite score for the DHA-treated group (46.03) than for those treated with placebo (52.11; P = .02). Compared with the placebo group, the intervention group also had a 6-point lower mean score at all checkpoints evaluated.

In addition, those receiving DHA had significantly lower PDSS domain scores for anxiety/insecurity (P = .03), emotional lability (P = .04), and "sense of loss of self" (P =.02).

"These domain scores gives us a better picture of how specifically our intervention group benefitted from supplementation," explained Dr. Judge.

Although the scores were also lower for the DHA group for disturbances in sleeping/eating, mental confusion, guilt/shame, and suicidal thoughts, they were not statistically significant.

"DHA consumption during pregnancy — at levels that are reasonably attained from foods — has the potential to decrease symptoms of PPD," summarize the investigators.

"These results offer a basis for guidelines for...pregnant women and for community-based efforts to increase awareness of the value of DHA/fish consumption for maternal mental health," they add.

Dr. Judge concluded that further studies with a much larger study population are now needed "before we can come up with firm conclusions."

The study was funded by the Patrick and Catherine Weldon Donaghue Medical Research Foundation, Nestec Ltd, the University of Connecticut School of Nursing, and the Louisiana State University AgCenter and Pennington Biomedical Research Center. Dr. Judge has disclosed no relevant financial relationships. 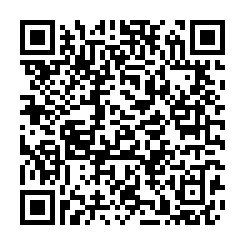