Regular use of nonsteroidal anti-inflammatory drugs (NSAIDs) is associated with erectile dysfunction (ED), according to the results of a prospective cohort study reported online February 21 and in the April print issue of the Journal of Urology.

"This study is a great example of how we work to understand the safety and effectiveness of what we recommend for our patients," said senior author Steven J. Jacobsen, MD, PhD, an epidemiologist and director of research for Kaiser Permanente Southern California in San Diego, in a news release.

"We went into this study thinking we would find the opposite effect: that NSAIDs would have a protective effect because they protect against heart disease, which is also linked to ED. The next step is to dive a bit deeper to understand the underlying physiology of what might be happening with these drugs."

Beginning in 2002, the California Men's Health Study enrolled a large, ethnically diverse cohort of male members of the Kaiser Permanente managed care plans who were 45 to 69 years old. A questionnaire evaluated ED, and automated pharmacy data and self-reported use allowed evaluation of NSAID exposure.

Without adjustment for potentially confounding variables, the odds ratio (OR) for the association of NSAIDs and ED was 2.40 (95% confidence interval [CI], 2.27 - 2.53). A positive association persisted after adjustment for age, race/ethnicity, smoking status, diabetes mellitus, hypertension, hyperlipidemia, peripheral vascular disease, coronary artery disease, and body mass index (adjusted OR, 1.38). A positive association also was evident when a stricter definition of NSAID exposure was used.

"There are many proven benefits of non steroidals in preventing heart disease and for other conditions," Dr. Jacobsen said. "People shouldn't stop taking them based on this observational study. However, if a man is taking this class of drugs and has ED, it's worth a discussion with his doctor."

"These data suggest that regular NSAID use is associated with ED even after extensive adjustment for age and potentially confounding factors or comorbidities," the study authors write.

"While this raises the question of the role of inflammation and COX [cyclooxygenase] pathways in ED etiology, we cannot exclude alternative explanations. However, if this is a direct relationship, the current strategy of using NSAIDs for cardiovascular disease protection as well as other common uses of NSAIDs should be weighed against the potential side effects of ED. Studies are needed to elucidate this association in more detail."

The California Cancer Research Program and Kaiser Foundation Community Benefit Program supported this study. Some of the study authors have disclosed various financial and/or other relationships with Takada, GlaxoSmithKline, Kaiser Permanente, and/or Merck.

Theoretically, NSAIDs may improve erectile function in men through positive effects on endothelial function. However, a study by Shiri and colleagues suggests the opposite. They found that use of NSAIDs led to an approximate 2-fold increase in the risk for ED. This was true after adjustment for multiple demographic and medical factors and was valid regardless of the presence of arthritis. However, men with arthritis who did not use NSAIDs did not have a significant increase in the risk for ED.

The current study seeks to build on these data by examining a large cohort of men for the risk for ED associated with NSAIDs. 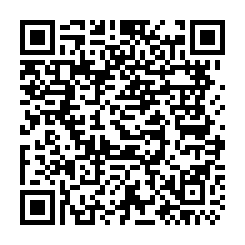