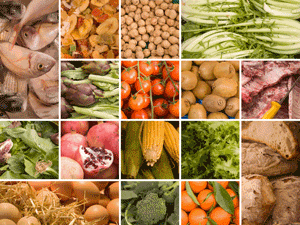 US Department of Agriculture dietary guidelines were first developed in the United States in 1980, and the previous (sixth edition) guidelines were released in January 2005. For the latest guidelines, a panel of 13 nutrition experts was convened to determine whether revisions were warranted, and to provide suggestions.

Linda Van Horn, PhD, RD, LD, from Northwestern University in Chicago, Illinois, chaired the 13-member Dietary Guideline Advisory Committee. For 18 months, the committee reviewed the scientific and medical literature regarding the role of diet and nutrition in health promotion and disease prevention.

"The overarching differences include emphases on managing body weight through all life stages and on proper nutrition for children throughout," the authors note. "Also, research on eating patterns is incorporated for the first time, and the eating patterns presented now include vegetarian adaptations," they add.

The report, which includes recommendations for Americans aged 2 years and older, as well as those at increased risk of chronic disease, incorporates 2 new chapters: "The Total Diet: Combining Nutrients, Consuming Food" and "Translating and Integrating the Evidence: A Call to Action."

"Taken together, the Dietary Guidelines recommendations encompass two overarching concepts," Dr. Van Horn and colleagues write in the executive summary. These are to "maintain calorie balance over time to achieve and sustain a healthy weight," and to "focus on consuming nutrient-dense foods and beverages."

With respect to maintaining calorie balance and a healthy weight, the authors suggest that "people who are most successful at achieving and maintaining a healthy weight do so through continued attention to consuming only enough calories from foods and beverages to meet their needs and by being physically active."

They add that a healthy eating pattern "limits intake of sodium, solid fats, added sugars, and refined grains and emphasizes nutrient-dense foods and beverages." These include "vegetables, fruits, whole grains, fat-free or low-fat milk and milk products, seafood, lean meats and poultry, eggs, beans and peas, and nuts and seeds."

Some Foods and Nutrients Should Decrease, Some Should Increase

The new guidelines specifically suggest decreasing the intake of various foods and nutrients, including limiting sodium to 1500 mg in about half the US population. Consumption of saturated fats, dietary cholesterol, trans fatty acids, solid fats, added sugars, and refined grains should all be limited. If alcohol is consumed, it should be consumed in moderation, the guidelines state.

In contrast, intake of vegetables, fruits, grains, and fat-free and low-fat dairy products should all be increased. Lean proteins including seafood, lean meat and poultry, eggs, beans and peas, soy products, and unsalted nuts and seeds should be emphasized.

The guidelines also suggest that foods providing more potassium, dietary fiber, calcium, and vitamin D should be selected. "These foods include vegetables, fruits, whole grains, and milk and milk products."

Guidelines for women who are pregnant or breast-feeding or who wish to become pregnant, as well as all individuals aged 50 years or older, are also included.

Professional associations with a stake in nutrition have spoken out about the new guidelines. The American Institute for Cancer Research (AICR) states in a written release that it welcomes the 2010 Dietary Guidelines for Americans, and that it strongly supports the emphasis on plant-based diets.

"For years, the science on cancer risk has shown that diets emphasizing a variety of vegetables, fruits, whole grains and beans are cancer-protective," notes Susan Higginbotham, RD, PhD, director of research at AICR, in a statement.

However, the American Heart Association maintains that the new guidance for sodium content is too high. Although the dietary recommendations advise people at risk for high blood pressure or who already have hypertension to reduce daily sodium intake to 1500 mg, the rest of the population is still advised to limit intake to 2300 mg sodium per day.

"The [American Heart Association] recommends a daily sodium consumption limit of less than 1500 mg a day for all Americans, and is concerned that this two-part recommendation does not go far enough to protect the health of all Americans," the organization states in a news release.

Meanwhile the American Society of Nutrition congratulates the US Department of Agriculture and the Department of Health and Human Services on issuance of the 2010 Dietary Guidelines.

American Society of Nutrition spokesperson Connie Weaver, PhD, who served on the 2005 Committee, notes that the "most impressive new aspect of the 2010 Dietary Guidelines is the call to action for all sectors of the society to become involved in ensuring that all Americans have access to nutritious foods and opportunities for physical activity and to facilitate individual behavior change through environmental strategies."

No commercial support was involved in the current report. The authors have disclosed no relevant financial relationships. 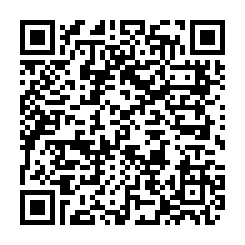