The use of glucocorticoids or immunosuppressive agents has been the conventional approach to the treatment of patients with this disease. A consensus-based guideline suggested that a two-drug regimen (a combination of prednisone and either azathioprine or cyclophosphamide) be used in a subgroup of patients with idiopathic pulmonary fibrosis.2 A survey of pulmonologists showed that almost 50% used a regimen of either two drugs (azathioprine plus prednisone) or three drugs (azathioprine, prednisone, and N-acetylcysteine [NAC]) when therapy was offered to their patients with mild idiopathic pulmonary fibrosis.3

In this clinical trial, called Prednisone, Azathioprine, and N-Acetylcysteine: A Study That Evaluates Response in Idiopathic Pulmonary Fibrosis (PANTHER-IPF), we evaluated the three-drug regimen against NAC alone (plus matched identified placebos for prednisone and azathioprine), as compared with matched placebos for each of the active therapies, in patients with idiopathic pulmonary fibrosis who had mild-to-moderate impairment in pulmonary function. On the basis of a prespecified interim assessment by the data and safety monitoring board, the three-drug regimen was stopped on October 14, 2011; the NAC-only and placebo groups continue to recruit and be followed for the prespecified duration of 60 weeks. The prednisone and azathioprine placebos were discontinued in the remaining study groups. Here we report the results of the three-drug regimen as compared with the placebo group at the time of the interim assessment.

The study was designed and conducted by the Idiopathic Pulmonary Fibrosis Clinical Research Network (IPFnet) steering committee and was carried out at 25 clinical centers. (A complete listing of IPFnet sites is included in the Supplementary Appendix, available with the full text of this article at NEJM.org.) An independent protocol review committee, appointed by the National Heart, Lung, and Blood Institute (NHLBI), reviewed and approved the protocol (available at NEJM.org) for scientific merit. An NHLBI-appointed data and safety monitoring board and all local institutional review boards approved the protocol and all amendments. All patients provided written informed consent.

The Duke Clinical Research Institute served as the data-coordinating center, and the IPFnet steering committee oversaw all aspects of the study's conduct. The scientific steering committee under the direction of the coprimary investigators developed the design and concept of the study, approved the statistical plan, had full access to all the data, and interpreted the data. The writing committee wrote the first draft of the manuscript. The steering committee made subsequent revisions, deemed the manuscript to be faithful to the protocol, and made the decision to submit it for publication. The PANTHER-IPF writing committee and the IPFnet steering committee approved the final manuscript. Prednisone and azathioprine were purchased, and matching placebos were produced during the overencapsulation process. NAC and matching placebo were donated by the manufacturer, Zambon. Zambon was apprised of the progress of the study and reviewed a draft of the manuscript before submission for publication. All authors assume responsibility for the overall content and integrity of the article.

Patients with idiopathic pulmonary fibrosis between the ages of 35 and 85 years who had mild-to-moderate lung-function impairment (defined as a forced vital capacity [FVC] of ³≥50% and a carbon monoxide diffusing capacity of ≥30% of the predicted value) were potentially eligible. All patients met the modified criteria of the American Thoracic Society, European Respiratory Society, Japanese Respiratory Society, and Latin American Thoracic Association for the diagnosis of idiopathic pulmonary fibrosis.1,7 Patients had received the diagnosis of idiopathic pulmonary fibrosis on the basis of high-resolution computed tomography (CT) or biopsy 48 months or less before enrollment. Detailed exclusion criteria are listed in the study protocol.

PANTHER-IPF was a randomized, double-blind, placebo-controlled trial of a combination of oral azathioprine, prednisone, and NAC (combination therapy) or NAC alone plus placebos for azathioprine and prednisone, as compared with matched placebos for each of the active therapies. The prednisone dose was started at 0.5 mg per kilogram of ideal body weight and was tapered to 0.15 mg per kilogram during a period of 25 weeks. The azathioprine dose (maximum, 150 mg per day) was based on the patient's ideal weight, concurrent use of allopurinol, and thiopurine methyltransferase (TPMT) activity. NAC was prescribed at 600 mg orally three times a day. Detailed algorithms were provided for dose adjustment in case of potential adverse events. Patients were seen at the clinical centers for screening, at baseline, and at 4, 15, 30, 45, and 60 weeks. Patients with acute respiratory events were treated by their primary care physician if they were not seen at IPFnet sites. In the study protocol, specific guidelines were provided with respect to doses of glucocorticoids.

A permuted-block randomization plan was created with varying block sizes stratified according to clinical center. Once the screening process was completed, patients were randomly assigned to receive one of the three study regimens in a 1:1:1 ratio through telephone contact with a central interactive voice-response system.

The primary outcome was the change in FVC during the 60-week period, as derived from the serial measurements made at clinic visits. Secondary outcome measures included the rate of death, time until death, frequency of acute exacerbations, frequency of maintained FVC response, time to disease progression, and a broad panel of other clinical and physiological measures (Table S2 in the Supplementary Appendix). Predefined groups of interest included patients with a FVC value that was higher than the group median at enrollment, typical versus atypical results on the baseline high-resolution CT, the timing of the diagnosis of idiopathic pulmonary fibrosis (<1 year or ≥1 year before enrollment), a baseline composite physiological index8 below the group median at enrollment, medical therapy for gastroesophageal reflux, ethnic background, sex, smoking history, and emphysema (>25% on high-resolution CT).

The IPFnet adjudication committee reviewed all deaths, hospitalizations, and suspected acute exacerbations for cause. The definition of an acute exacerbation was prespecified and was in accordance with criteria reported previously.9

On the basis of findings in previous clinical trials involving patients with idiopathic pulmonary fibrosis, we estimated that the decline in FVC would be approximately 0.20 liters during the 60-week study period in the placebo group. We determined that a difference of 0.15 liters from that in the placebo group (i.e., a decline in lung function of 0.05 liters from baseline) would be clinically meaningful. After accounting for potential dropout and imperfect compliance,10 we determined that 130 patients per group would provide a power of 90% for the first step of the testing procedure under most scenarios.11 The target sample size was expected to provide a power of approximately 93% to detect a significant difference at the two-sided 0.05 level for the hypothesized difference of 0.15 liters between study groups at 60 weeks.

All analyses are based on the intention-to-treat principle with data from all patients who underwent randomization. For continuous baseline factors, summary measures are presented using means (±SD) and medians and interquartile ranges. For categorical variables, counts and percentages are presented.

The trial was designed with a two-step procedure to control the experiment-wise error rate at the 0.05 level. The first step was based on an overall test of 2 degrees of freedom. If any difference between study groups was statistically significant at the 0.05 level, then each of the three pairwise comparisons would be tested at the 0.05 level.

For the primary analysis, we used a mixed-model repeated-measures analysis to compare changes in FVC in the three study groups during the 60-week study period.12 Variables in the regression model included study group, time, time according to treatment, age, sex, race, and height. Contrast estimates of differences in slopes of treatment according to time (along with confidence intervals) were used to estimate the treatment effect. For binary end points, statistical comparisons were based on two-sided Fisher's exact tests. For time-to-event outcomes, we used a Cox proportional-hazards regression model. Kaplan–Meier curves were used to display event rates. All test statistics were presented with two-sided P values.

The protocol specified that the data and safety monitoring board would meet multiple times approximately every 6 months to review data for safety and overall trial progress. During the one planned interim analysis for efficacy, a Bonferroni approximation was applied to protect against inflation of the type I error rate. For the interim analysis, the critical value for the test of 2 degrees of freedom in differences in FVC was set to have an alpha level of 0.0001 because of the importance of the secondary end points.

After the planned midpoint interim analysis, the data and safety monitoring board recommended discontinuation of the three-drug regimen because of an excess in the number of deaths, hospitalizations, and serious adverse events among patients in the combination-therapy group, as compared with the placebo group. The NHLBI accepted this recommendation and on October 14, 2011, instructed the investigators to discontinue the three-drug regimen effective immediately. Data from the ongoing study of patients in the NAC-only and placebo groups are not reported here.

Combined immunosuppression and NAC has been a widely used, conventional approach to the treatment of idiopathic pulmonary fibrosis,3despite conflicting recommendations by international guidelines.1,6 In our study, we found that the combined three-drug regimen of prednisone, azathioprine, and NAC, compared with placebo, was associated with increased all-cause mortality, all-cause hospitalizations, and treatment-related severe adverse events. Deaths and hospitalizations happened early in the combination-therapy group. Although follow-up of the patients was limited, the three-drug regimen provided little or no benefit for primary and secondary outcomes.

In the Idiopathic Pulmonary Fibrosis International Group Exploring N-Acetylcysteine I Annual (IFIGENIA) study,4 the only randomized clinical trial using the three-drug regimen, the patients had a physiological disease severity (mean FVC, 65.6% of the predicted value; mean carbon monoxide diffusing capacity, 43.9% of the predicted value) similar to that in the patients in our study. The rate of death in the combination-therapy group in the IFIGENIA study (9%) was similar to that in our study (10%). However, the Kaplan–Meier estimate of 60-week mortality in our combination-therapy group was higher (19.8%; 95% CI, 9.9 to 37.2). The rates of death among patients with idiopathic pulmonary fibrosis who were receiving placebo in several studies (3.6 to 9%)14-16 are similar to that observed in our study (2.0%; 95% CI, 0.3 to 13.6). Given the differences in the study groups and the longer duration of the other clinical trials, comparison of mortality among these studies should be made with caution. Nonetheless, our findings show that the excess mortality was attributable to the three-drug therapy.

The merits of our study include a rigorous ascertainment of the diagnosis of idiopathic pulmonary fibrosis by multidisciplinary assessment. In addition, our algorithm-driven approach to dose selection, including measurement of TPMT levels, allowed consistency in the treatment protocol. Furthermore, the dose of azathioprine that was used in our trial was relatively lower than that used in previous clinical trials.

Our study has potential limitations. The early termination of the combination-therapy group limited our ability to address the effect on the primary outcome (FVC), on many of the secondary outcomes, and on various subgroups, as originally planned. Second, the precise reasons for the increased rates of death and hospitalization are unknown. And third, it is difficult to assess which components of the three-drug regimen may be responsible for the observed negative outcomes. The ongoing comparison of NAC alone and matching placebo will address the therapeutic role of NAC alone for patients with idiopathic pulmonary fibrosis. We anticipate screening of the last patient in the ongoing study groups by the second quarter of 2012.

It must be emphasized that our results are applicable only to patients with well-defined idiopathic pulmonary fibrosis who meet the inclusion and exclusion criteria of this trial. Our data that show increased rates of death and hospitalization provide compelling evidence against the use of the combination of azathioprine, prednisone, and NAC for patients with idiopathic pulmonary fibrosis who have mild-to-moderate impairment in pulmonary function. 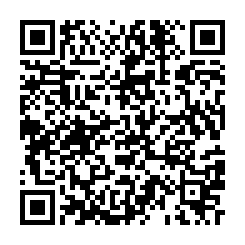