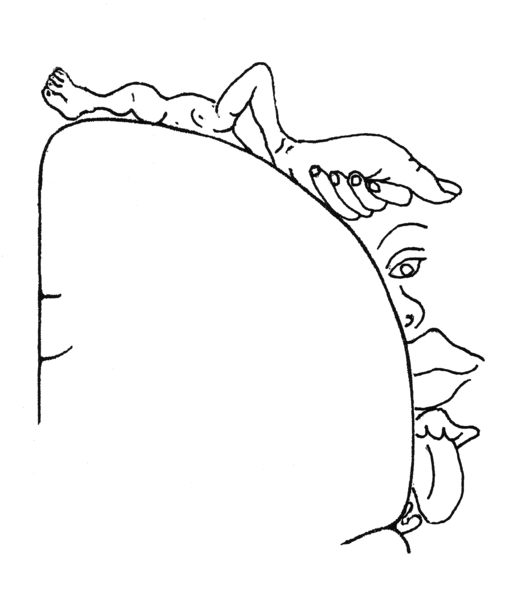 ABSTRACT: Phantom limb pain (PLP) is a sensation of pain in an absent limb, often experienced as burning, throbbing, or lancinating pain or the feeling of pins and needles. Approximately 60% to 80% of amputees develop this debilitating condition, which is often misdiagnosed. Although the exact cause of PLP is poorly understood, theories suggest a multifactorial origin. While no clear-cut guidelines have been developed for the management and treatment of PLP, researchers have studied the use of anticonvulsants, antidepressants, anesthetics, N-methyl-D-aspartate receptor antagonists, and opioids. A number of nonpharmacologic and novel therapies have shown promise as well. As the number of amputees in the United States increases, it is important to become familiar with the various therapy options for PLP.

In the United States, an estimated 1.7 million patients have undergone limb amputation, and 60% to 80% of these patients develop phantom limb pain (PLP).1,2 The risk factors for this condition are unknown, but some studies suggest that preamputation pain has an association.3 Although PLP is prevalent among amputees, it is often mistaken for other pain disorders, such as phantom limb sensation and residual limb pain. PLP is a sensation of pain in an absent limb, often manifesting as burning, throbbing, or lancinating pain or the feeling of pins and needles. Phantom limb sensations are nonpainful feelings experienced in absent limbs. In residual limb pain, also known as stump pain, the pain is limited to the remaining stump.3 An accurate diagnosis is important for appropriate management.

The etiology of PLP is multifactorial and includes central, peripheral, and psychological components. Proposed mechanisms include cortical reorganization, peripheral-nerve hyperexcitability (PNH), central sensitization, and visual-proprioceptive dissociation. Cortical reorganization is a phenomenon that involves the primary motor cortex and somatosensory regions of the brain. It is believed that when a limb is amputated, the neighboring zones remap these areas in the brain. When the nociceptive neurons within the stump are stimulated, pain is perceived in the phantom limb.4 There is an association between the degree of cortical reorganization and the intensity of perceived PLP.

PNH involves the development of neuromas resulting from the severing of peripheral nerves during amputation. Upregulation of sodium channels in these neuromas triggers the hyperexcitability.5,6 Central sensitization occurs when neurons in the spinal cord that are not associated with nociception sprout in areas that are responsible for the transmission of pain. Another proposed mechanism is that the increase in N-methyl-D-aspartate (NMDA) receptor activity results in a change in neuronal firing of the nociceptive neurons, exacerbating PLP.7

There are currently no guidelines for the management of PLP, which is often treated with agents used for neuropathic pain. Although there are overlaps in therapeutic options, it is important to select treatments that target proposed PLP mechanisms. Since the pathophysiology of PLP is multifactorial, effective treatment often involves a combination of medications—such as anticonvulsants, antidepressants, opioids, anesthetics, and NMDA receptor antagonists—that target multiple mechanisms.

Anticonvulsants: Gabapentin is an anticonvulsant that is structurally similar to gamma-aminobutyric acid (GABA). Its mechanism involves high-affinity binding to the alpha2/delta-1 subunit of voltage-gated calcium channels.9 One study concluded that gabapentin effectively improved PLP at doses ranging from 300 to 2,400 mg per day.10 However, a recent study by the Department of Veterans Affairs found no significant difference in pain intensity for gabapentin versus placebo.11 Although studies have yielded mixed results, gabapentin is often used as first-line treatment in clinical practice. Gabapentin is generally well tolerated; however, it is important to monitor renal function and make dosage adjustments.12 Carbamazepine, which also has been used to manage PLP, inhibits sodium-channel activity. Carbamazepine doses of 400 to 600 mg per day have been effective for treating lancinating pain associated with PLP.13In preliminary studies, the anticonvulsant pregabalin has also shown promise at doses of 300 to 600 mg per day.14-16

Antidepressants: Tricyclic antidepressants (TCAs) are commonly prescribed to treat neuropathies. TCAs produce their effect by blocking several receptors, including the norepinephrine and serotonin reuptake pumps, sodium channels, and the muscarinic acetylcholine, alpha1, histamine1, and GABAA receptors.17 Amitriptyline 55 mg has been shown to reduce pain intensity. Studies indicate that TCAs, while effective for neuropathic pain related to diabetic neuropathy or postherpetic neuralgia, are not as effective for PLP.18Although TCAs have been shown to provide some benefit in the treatment of PLP, their use is limited by their negative adverse-effect profile. Adverse drug reactions include cardiotoxicity, orthostasis, tachycardia, arrhythmias, insomnia, dizziness, weight gain, and anticholinergic effects.19 Since TCAs used for pain control are prescribed at much lower doses than those used for depression, the incidence of adverse drug reactions is diminished.

Serotonin-norepinephrine reuptake inhibitors (SNRIs), another antidepressant class, have shown promise as a treatment option for neuropathic pain and PLP. The role of norepinephrine in pain modulation involves its action on alpha2a adrenoceptors in the spinal dorsal horn, which reduces nociceptive signals to the brain.20 In a review of clinical trials comparing SNRIs with placebo in the treatment of neuropathic pain, the National Institute for Health and Clinical Excellence concluded that duloxetine and venlafaxine lessen the intensity of neuropathic pain. Due to the need for ECG monitoring and the risk of hypertensive crisis with venlafaxine, duloxetine is generally preferred.21

Mirtazapine, a tetracyclic antidepressant, has been effective for treating neuropathic pain and PLP. It works by antagonizing alpha2-adrenergic receptors, resulting in an increased release of norepinephrine and serotonin.22 In a case series, doses of 7.5 to 30 mg effectively reduced PLP.23 Mirtazapine may provide additional benefit for PLP patients who are experiencing insomnia or diminished appetite.

Opioids: Opioids are commonly used for moderate-to-severe pain, including chronic neuropathic disorders. It is proposed that opioids act against cortical reorganization, directly targeting a proposed mechanism of PLP. Extended-release oral morphine in doses of 70 to 300 mg per day were shown to reduce pain intensity in PLP.24 In case reports, methadone has demonstrated efficacy, but further studies are warranted.25 Other opioids, such as levorphanol and oxycodone, have been used in PLP, with moderate success.26Tramadol, a centrally acting synthetic opioid, also was effective for decreasing PLP. Patients who were nonresponsive to amitriptyline therapy reported pain relief from tramadol.27 While opioids have demonstrated analgesia in PLP patients, the high risk of physical and psychological dependence limits long-term use. Also, the chronic use of opioids increases the risk of tolerance, leading to dose escalation. This places patients at higher risk for developing adverse effects, possibly affecting quality of life.

Anesthetics: Clinical use of anesthetics for neuropathic pain and PLP is limited, despite reports of moderate effectiveness. IV lidocaine for difficult-to-manage neuropathic pain has been shown to decrease deafferentation pain.28 Because of the risk of cardiovascular and neurologic toxicity, lidocaine is not a preferred treatment.29 Oral anesthetic analogues, such as mexiletine, are available, but the risk of arrhythmias and mortality limits their use in clinical practice.30

NMDA Receptor Antagonists: When activated, NMDA receptors play a role in sensitization at the spinal cord level, leading to increased pain perception (central sensitization).32 Ketamine, an NMDA receptor antagonist, has shown promise in reducing PLP when administered as four IV infusions at 0.4 mg/kg.27 NMDA receptor antagonists such as memantine, which is commonly used to treat Alzheimer’s disease, produce an analgesic effect that may be beneficial in the treatment of PLP. Several case reports involving patients with severe PLP that was refractory to anticonvulsants, opioids, and antidepressants demonstrated improved pain management with the use of memantine. One study using 20 to 45 mg per day in divided doses showed significant improvement in pain, resulting in a reduced dependence on opioids.33 However, other studies using doses of 20 to 30 mg per day were unsuccessful in proving the effectiveness of memantine versus placebo.34,35 Although memantine demonstrated promising results in several case studies, there is insufficient substantiating evidence to support its wide use in clinical practice.

Other Pharmacologic Therapies: In one study surveying patient self-reported treatments, acetaminophen or nonsteroidal anti-inflammatory agents combined with opioids were reported to lessen pain intensity; however, no dosages were given.36 Other agents, such as propranolol and nifedipine (no dosages reported), have been effective in treating burning and cramping associated with PLP.37Calcitonin may reduce the intensity and frequency of pain; however, a more recent randomized, controlled trial showed that calcitonin alone was ineffective against PLP.27,38 While there is no conclusive evidence supporting the use of clonidine, an alpha2-adrenergic agonist, in the treatment of neuropathic pain and PLP, the drug has been used in clinical practice. It is hypothesized that peripheral alpha2 adrenoceptors are involved in pain inhibition.20 There are case reports of etanercept, a tumor necrosis factor-alpha inhibitor, providing relief from PLP. Most patients had moderate-to-severe PLP, and dramatic improvements in pain intensity were seen after a series of three injections of etanercept 5 mg.39 Further research is necessary to evaluate the efficacy of these drugs.

Various nonpharmacologic options exist for managing PLP. These include transcutaneous electrical nerve stimulation, mirror therapy, and surgical intervention. Of these treatments, mirror therapy is the most effective. A mirror is placed parasagittally between the patient’s lower limbs so that there is a reflection of the intact limb. The reflection serves as a virtual representation of the missing limb. In one study, patients were instructed to perform movements with their amputated limb while observing the movement of the intact limb in the mirror. This was done for 15 minutes per day for 4 weeks. The mirror group reported a reduction in pain intensity and fewer episodes of breakthrough pain.40 It is theorized that mirror therapy may help resolve the visual-proprioceptive dissociation associated with PLP.41

It is estimated that, by 2050, there will be 3.6 million amputees in the U.S.2 Therefore, it has become increasingly important to understand and properly manage PLP. The management and treatment of neuropathic pain and PLP is complex, since efficacy is subjective. No single treatment is universally effective for PLP. Health care professionals must establish an effective medication regimen that may involve a combination of therapies to target the multiple disease elements. Although there are no established treatment guidelines, pharmacists can play a crucial role in optimizing medication therapy for PLP management. Pharmacologic treatment should be tailored to the patient and consider all concomitant disease states and medications. The pharmacist can recommend agents that will result in the best health outcome for the patient while minimizing adverse drug reactions and potential mishaps associated with polypharmacy. Although the management and treatment of PLP remain a challenge, further research will continue to bring forth more viable therapeutic options. 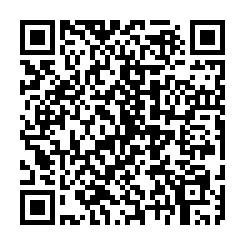