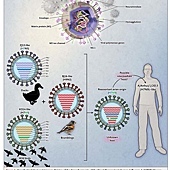 Infection of poultry with influenza A subtype H7 viruses occurs worldwide, but the introduction of this subtype to humans in Asia has not been observed previously. In March 2013, three urban residents of Shanghai or Anhui, China, presented with rapidly progressing lower respiratory tract infections and were found to be infected with a novel reassortant avian-origin influenza A (H7N9) virus.

We obtained and analyzed clinical, epidemiologic, and virologic data from these patients. Respiratory specimens were tested for influenza and other respiratory viruses by means of real-time reverse-transcriptase–polymerase-chain-reaction assays, viral culturing, and sequence analyses.

A novel reassortant avian-origin influenza A (H7N9) virus was isolated from respiratory specimens obtained from all three patients and was identified as H7N9. Sequencing analyses revealed that all the genes from these three viruses were of avian origin, with six internal genes from avian influenza A (H9N2) viruses. Substitution Q226L (H3 numbering) at the 210-loop in the hemagglutinin (HA) gene was found in the A/Anhui/1/2013 and A/Shanghai/2/2013 virus but not in the A/Shanghai/1/2013 virus. A T160A mutation was identified at the 150-loop in the HA gene of all three viruses. A deletion of five amino acids in the neuraminidase (NA) stalk region was found in all three viruses. All three patients presented with fever, cough, and dyspnea. Two of the patients had a history of recent exposure to poultry. Chest radiography revealed diffuse opacities and consolidation. Complications included acute respiratory distress syndrome and multiorgan failure. All three patients died.

Novel reassortant H7N9 viruses were associated with severe and fatal respiratory disease in three patients. (Funded by the National Basic Research Program of China and others.) 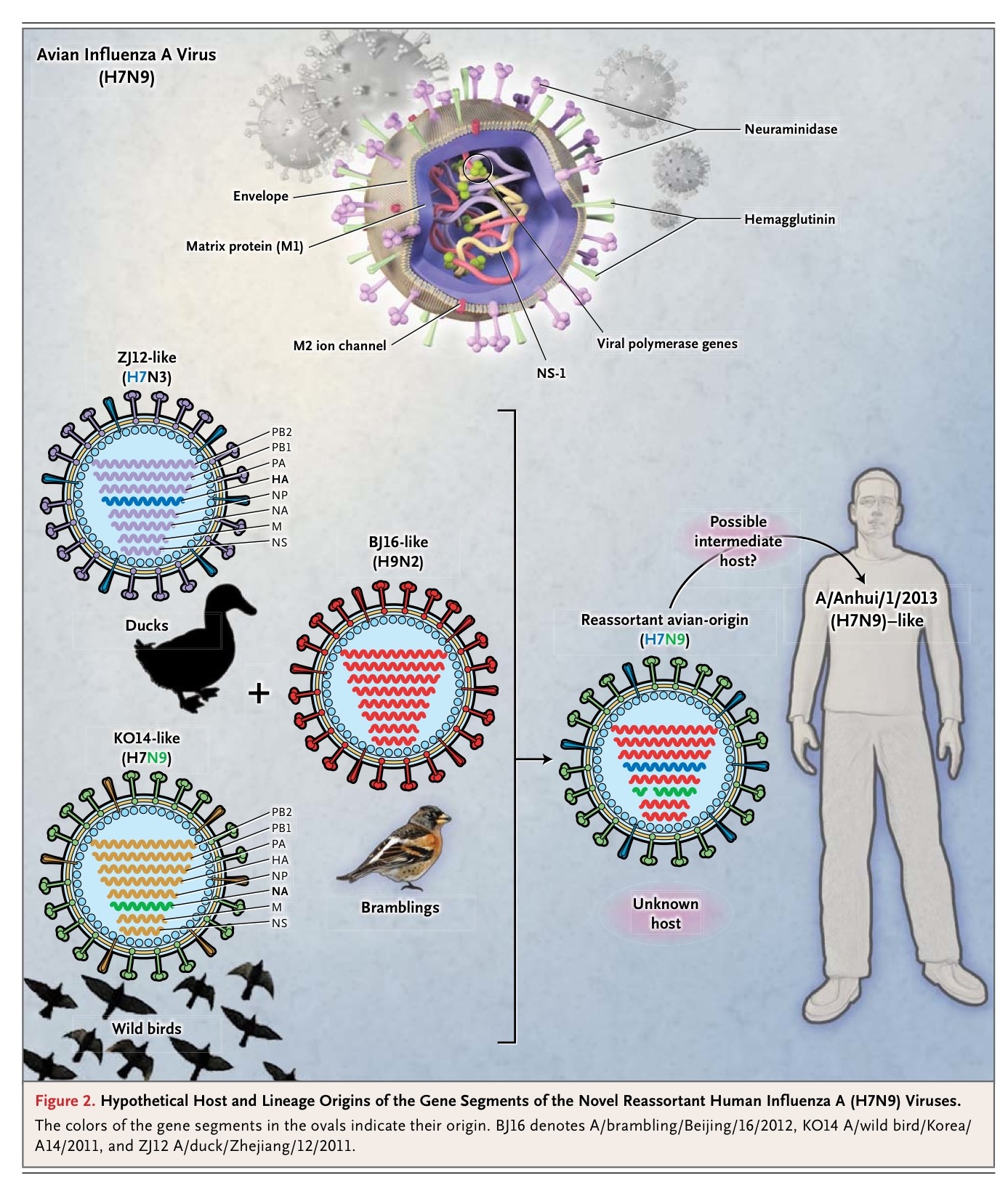 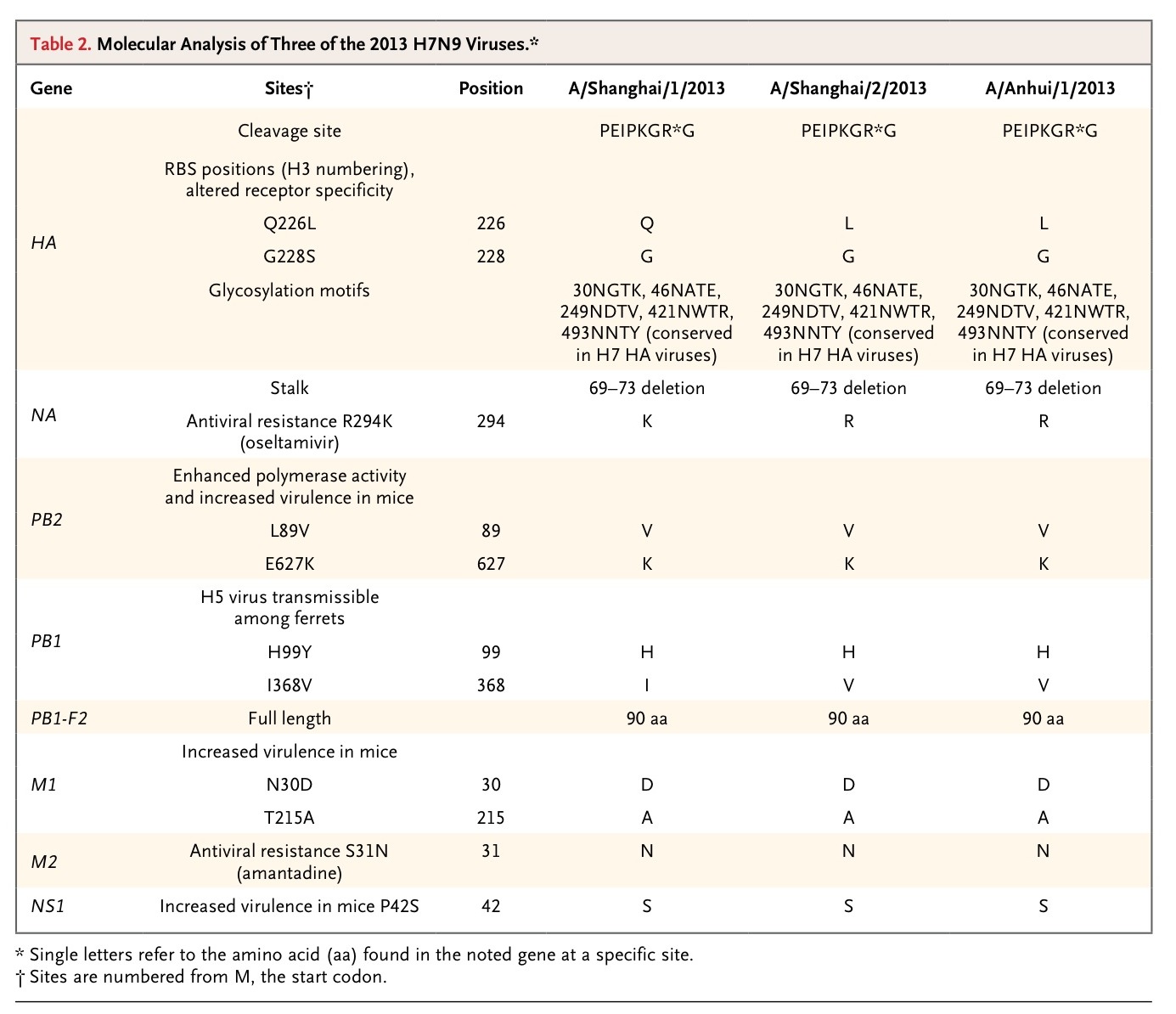 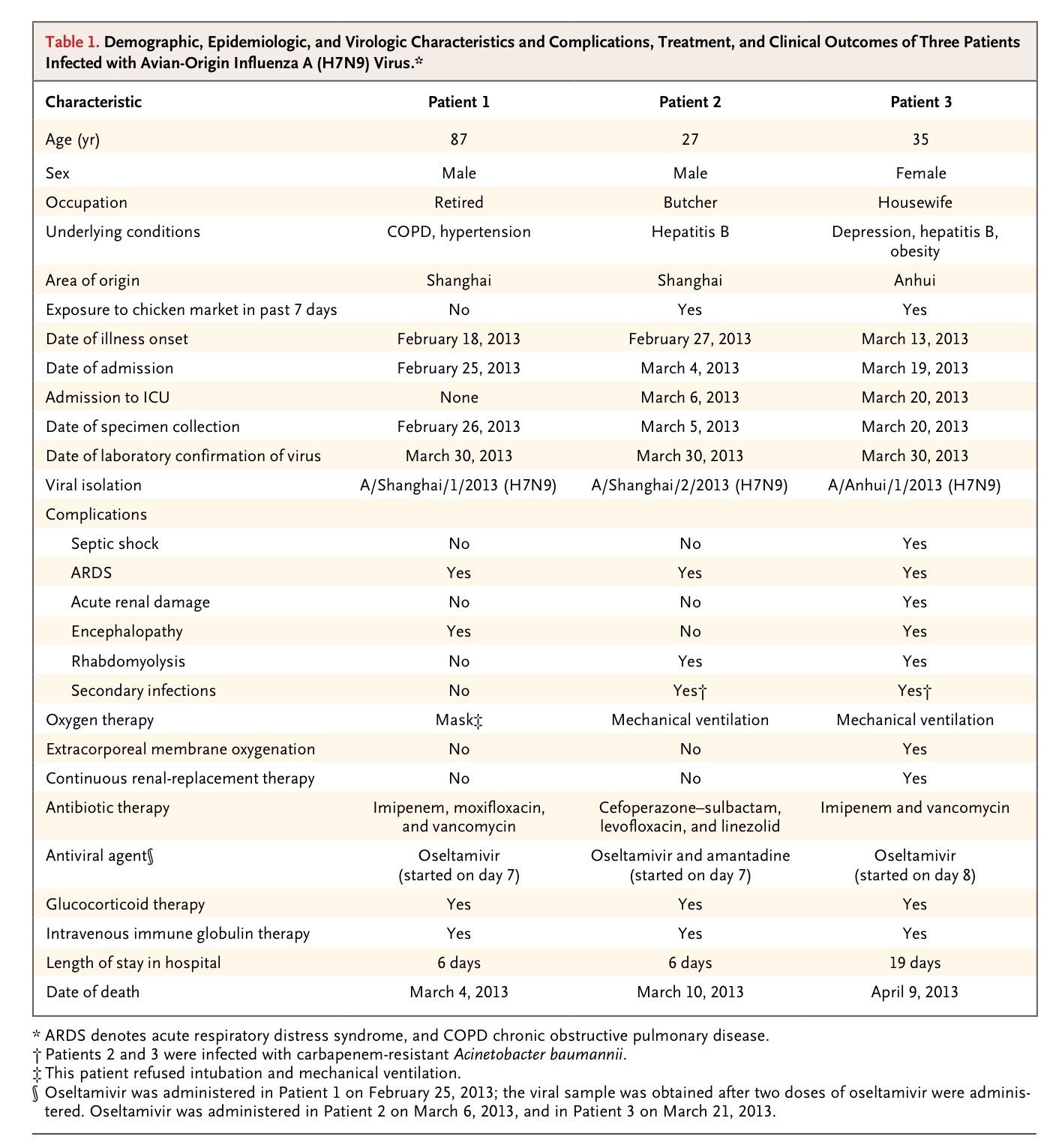 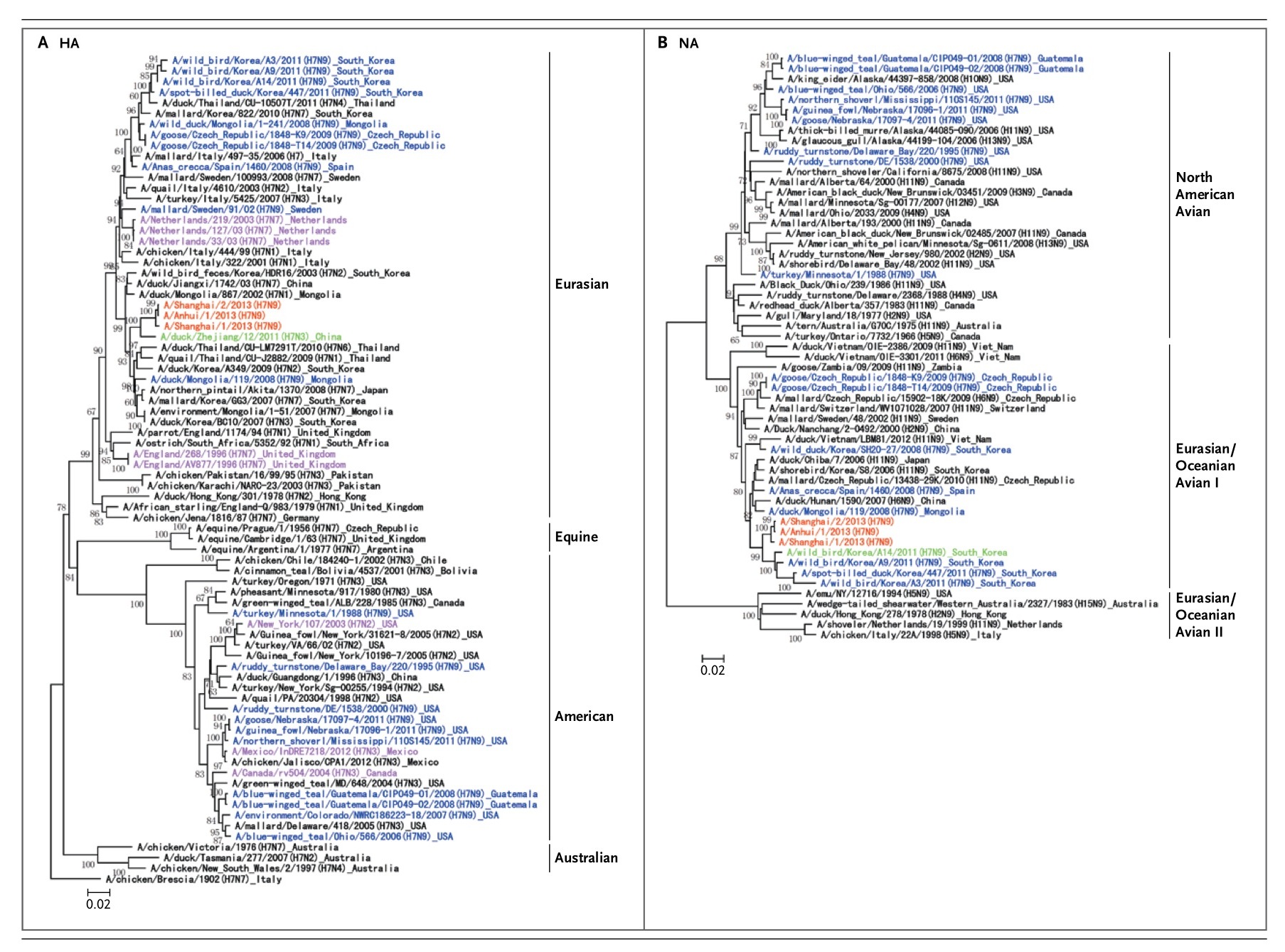 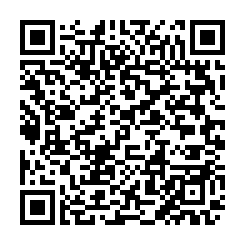