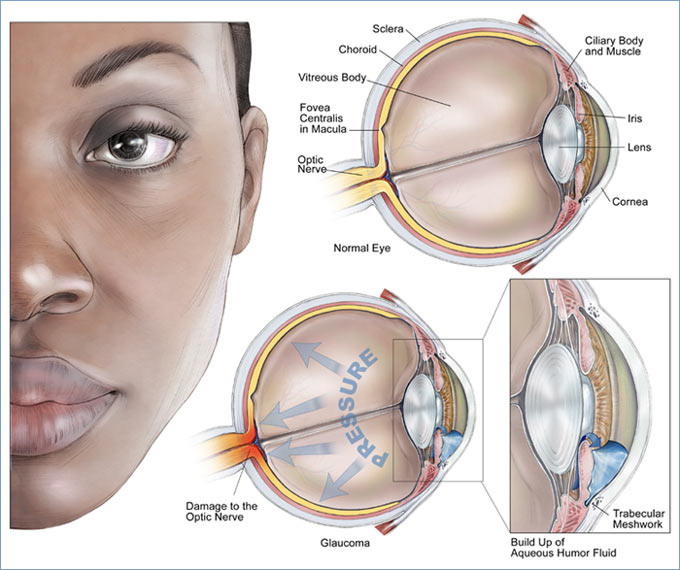 The Centers for Disease Control and Prevention report that osteoarthritis affects 27 million adults in the United States. Glucosamine sulfate is a naturally occurring substance found in human cartilage and a precursor for glycosaminoglycans (GAGs). A combination of supplements, glucosamine and chondroitin sulfate, was shown in the Glucosamine/Chondroitin Arthritis Intervention Trial to aid moderate to severe osteoarthritic knee pain.1

Open-angle glaucoma affects more than 2 million individuals in the United States, and this number continues to increase owing to the rapid aging of the US population.2 Normal aqueous outflow of the eye is regulated by the content of GAGs.3 Researchers postulate that excessive deposits of GAG in the trabecular meshwork restrict outflow. Another theory suggests that increased release of GAG into the aqueous causes an osmotic effect, drawing more water into the anterior chamber, thus causing swelling, a decrease in pore size, and eventual increased resistance to outflow.3 Either of these proposed mechanisms could lead to an increased thickness of the pore lining and/or decreased outflow, resulting in increased intraocular pressure (IOP). Excessive glucosamine molecules may similarly elevate IOP.

In a small retrospective clinical study, we examine the relationship between glucosamine supplementation and increased IOP in patients with glaucoma who supplement with glucosamine.

This retrospective study was reviewed by the University of New England College of Osteopathic Medicine Review Board Chair. Patients had been serially selected by their history of glucosamine supplementation and ocular hypertension (IOP >21 mm Hg) or established diagnosis of open-angle glaucoma, willingness to electively stop using glucosamine, IOP measurements at least 3 times within 2 years, and no concomitant changes in glaucoma medications or eye surgery.

The connection between glucosamine supplementation and increased IOP observed herein deserves further exploration. Of note, variables for which we did not account include glucosamine dosage, duration of treatment, brand variability (some are sold in combination with chondroitin sulfate), patients' lack of recalling deviation from recommended doses, and compliance variability. While the pathological process of chronic ocular hypertension is not completely understood, morphological changes in collagen may precede increases in IOP. Some postulate that normal aqueous outflow is regulated by the content of GAGs and formation of a viscous, elastic, gel-like substance that acts as a filtration system.4 A critical level of hyaluronic acid may also be essential for maintaining a well-hydrated, semipermeable meshwork.4 In vitro research on human eyes has found a decrease in GAG synthesis, particularly hyaluronic acid, in glaucomatous eyes compared with healthy eyes.5 As mentioned, theories exist regarding an osmotic effect of GAGs leading to swelling and outflow resistance.3 We hypothesize that discontinuation of glucosamine supplementation reduces IOP by mechanisms similar to those of discontinuation of corticosteroid treatment, which shows a similar effect.6 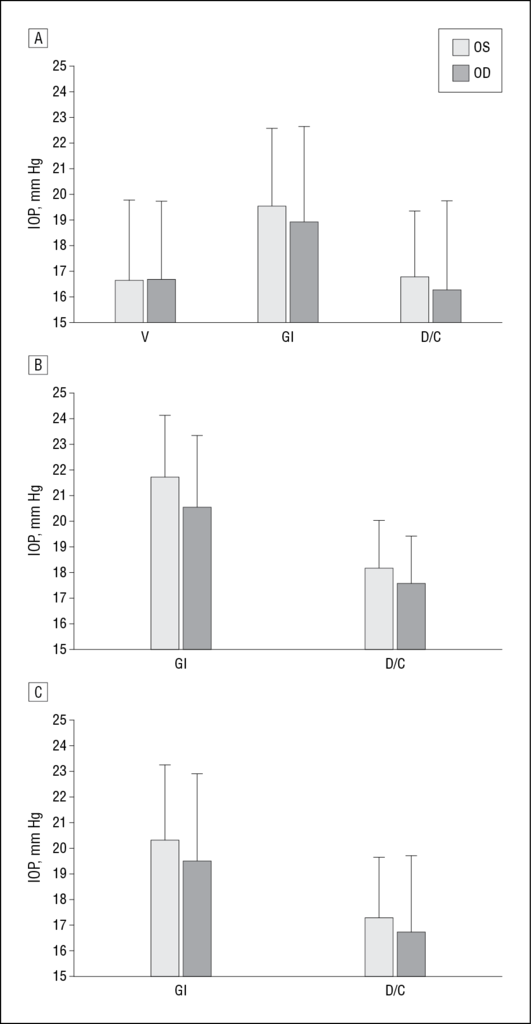 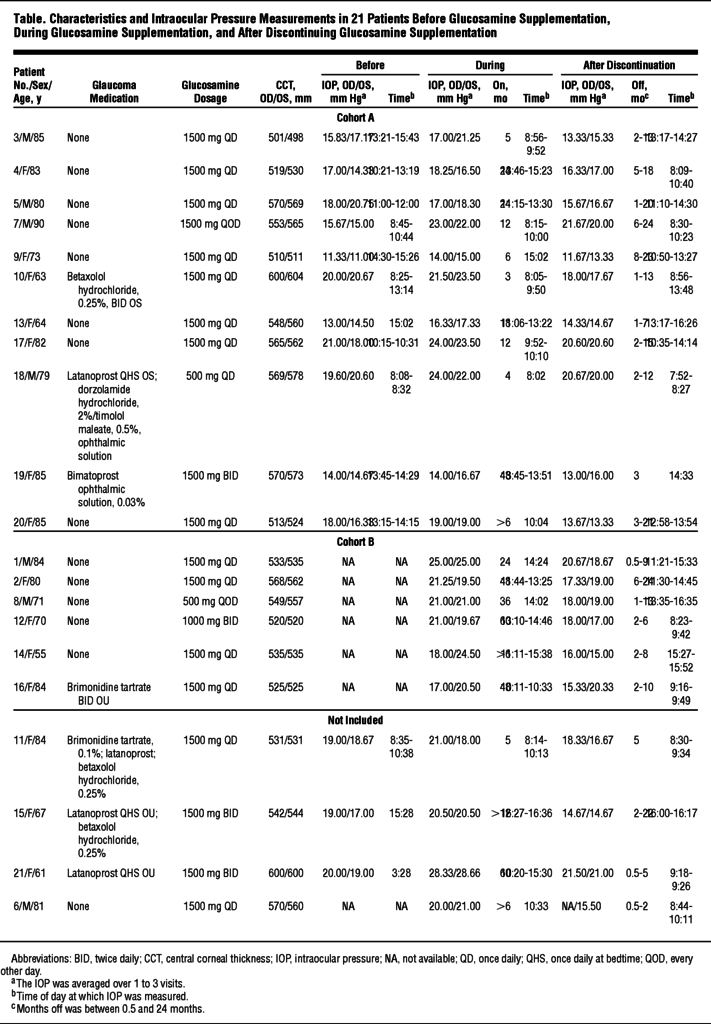 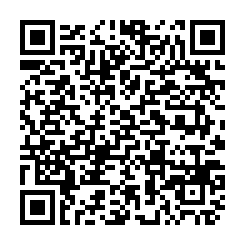