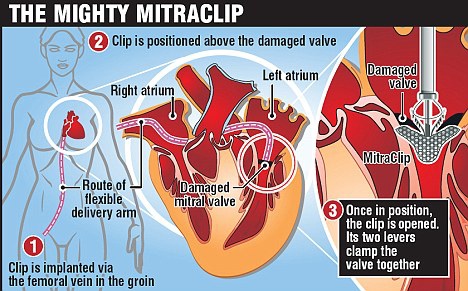 The US Food and Drug Administration(FDA) has approved the MitraClip (Abbott Vascular) for patients with symptomatic degenerative mitral regurgitation deemed high risk for mitral-valve surgery [1].

The FDA approval follows the recommendations of the advisory committee, which voted 5 to 3 in March 2013 that the efficacy of the MitraClip exceeded the risks in patients with a prohibitive risk for surgery.

The FDA approval is based on the results of the  Endovascular Valve Edge-to-Edge Repair Study  (EVEREST II) and other registry data. In EVEREST II, two-year results showed the percutaneous repair of the mitral valve was less effective in reducing mitral regurgitation but was associated with superior safety and similar improvements in clinical outcomes.

The approval is for patients considered high risk for surgery, a question that left FDA advisory panel members grappling with the use of retrospective analyses and registry data to gain insight into this high-surgical-risk patient population.

As reported by heartwire , the FDA advisory panel was particularly concerned about the use of data from theEVEREST II High-Risk Registry (HRR) and  REALISM  high-risk continued-access protocol to identify a high-risk patient population that would benefit from the correction of mitral regurgitation with the MitraClip.

During the FDA panel, heart surgeon Dr Valluvan Jeevanandam (University of Chicago Medical Center, IL) said there are patients who will benefit from the device. "I just hope it's not put into patients who would benefit from regular surgery," he commented. "I think we should put as many safeguards as possible so that this doesn't happen and that this is put into a very small, restricted group of people who are truly inoperable."

Dr Marc Katz (Bon Secours Heart and Vascular Institute, Richmond, VA) said the improvements in NYHA functional class in treated patients swayed his vote, as did some of the individual patients who've done well with the device. "I have a hard time saying to patients, okay, we're going to wait another five years to have this available," said Katz. Putting patients first was the deciding factor for recommending approval, said Katz.

In a statement from Abbott Vascular, senior vice president Chuck Folz said the company is looking forward to making the technology available to "specialized centers in the US." Such centers would have multidisciplinary teams to manage patients with heart valve disease in order to "facilitate dialogue across physician specialties" and provide patients with the best treatment.

The FDA is currently working with Abbott to develop the COAPT  study, an open-label trial designed so physicians utilize the Society of Thoracic Surgeons (STS) risk score or surgeon assessment to determine the patient's risk for surgery. In total, 420 patients will be randomized and the primary end point is recurrent heart-failure hospitalizations. In addition, the RESHAPE-HF  trial is a European trial of patients with heart failure and functional mitral regurgitation. Approximately 800 patients will be enrolled, and the primary end point is a composite of all-cause mortality and recurrent heart-failure hospitalizations.

The MitraClip has been available in Europe since 2008, when it gained CE Mark approval. 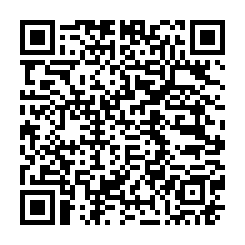