The US Food and Drug Administration (FDA) has approved estradiol vaginal inserts (Imvexxy, TherapeuticsMD) for women with moderate to severe dyspareunia (vaginal pain during sex) resulting from menopause.

The vaginal inserts, which will be available as 4-μg and 10-μg softgel capsules in July, are the only product in their therapeutic class to offer those doses, and the 4-μg dose is now the lowest approved dose of vaginal estradiol on the market.
Labeling for the vaginal inserts will contain a black box warning about the risks for cardiovascular disorders, probable dementia, and endometrial and breast cancers.
"Imvexxy is a bio-identical vaginal estrogen product that offers a fraction of the estrogen contained in the average doses of many existing products currently on the market," Brian Bernick, MD, chief clinical officer of TherapeuticsMD, said in a news release. "Imvexxy is the only product specifically designed to be applicator-free. It dissolves completely without mess or additional cleanup, and can be used any time of day. It allows women the freedom to immediately return to their normal daily activities. Studies showed that, in patients who used Imvexxy, systemic absorption of estradiol remained within postmenopausal range."

The FDA declined to approve the inserts in May 2017 but agreed to allow the company to resubmit its application without conducting additional research. The company has agreed to conduct a postapproval observational study.
The approval follows consideration of data from a phase 3, randomized, double-blind, placebo-controlled study (REJOICE), published in the April 2017 issue of Menopause, that evaluated the safety and efficacy of the inserts and a substudy, published in the May 2017 issue of Menopause, that found very low systemic absorption of the inserts.
The REJOICE trial found that the estradiol vaginal inserts relieved menopause-related moderate to severe dyspareunia as early as week 2 at both the 4-μg and 10-μg doses. Participants who received the drug experienced statistically significant changes in vaginal cytology and pH.
The substudy evaluated the pharmacokinetics of the 4-μg and 10-μg inserts and placebo. The mean concentrations of estradiol and estrone were within the average range for postmenopausal women throughout the trial.
The most common adverse event associated with the vaginal inserts, occurring in at least 3% of patients and in more patients than in the placebo group, was headache.
Differences in adverse events between the treatment and placebo groups were not clinically significant.
Dyspareunia develops as a result of vulvovaginal atrophy (VVA), which can occur during and after menopause.
"Studies have shown that many women are not seeking treatment for VVA and 81% are unaware that VVA is a treatable medical condition and part of a constellation of symptoms associated with loss of estrogens," Sheryl Kingsberg, PhD, president, North American Menopause Society, said in the news release. "I am delighted that our patients will now have a convenient treatment option with Imvexxy and hope that the excitement generated by this new option will encourage women to talk to their healthcare provider and get relief from their pain and discomfort due to VVA."

The estradiol vaginal inserts are contraindicated in women with undiagnosed abnormal genital bleeding; known, suspected, or past breast cancer; known or suspected estrogen-dependent neoplasia; active deep vein thrombosis, pulmonary embolism, or a history of these conditions; active arterial thromboembolic disease or a history of these conditions; known anaphylactic reaction or angioedema with exposure to the drug; known liver impairment or disease; and known protein C, protein S, or antithrombin deficiency, or other known thrombophilic disorders. 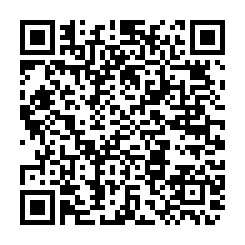