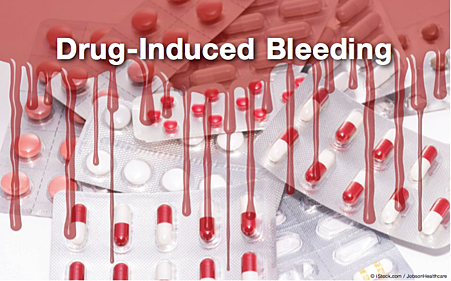 Drug-induced bleeding is commonly thought of as gastrointestinal (GI) bleeding resulting from the use of nonsteroidal anti-inflammatory drugs (NSAIDs). Nosebleeds and abnormal bruising, in addition to GI bleeding, may be linked to the use of oral anticoagulants. Hemorrhoidal bleeding may be associated with drugs that cause constipation. In addition, other predictors that may contribute to or cause an increase in bleeding include advancing age, the use of multiple drugs, drug-drug interactions, and coexisting diseases or conditions. This article will focus on drug-induced bleeding that is caused primarily by agents other than NSAIDs.

Certain drug classes are known to increase the risk of bleeding (Table 1).[1–3] Of interest are drugs used in the treatment of depression. Selective serotonin reuptake inhibitors and selective norepinephrine reuptake inhibitors are reported to inhibit the reuptake of serotonin into platelets, resulting in an increased risk of bleeding.[4] These agents may have additive effects when taken concomitantly with other drugs known to cause bleeding. Fluoxetine and fluvoxamine pose additional risks since they inhibit warfarin metabolism by CYP450 enzymes.[4] Bupropion, mirtazapine, and trazodone may be less likely to cause bleeding because they have weak affinity for the serotonin transporter.[5]

Warfarin inhibits vitamin K–dependent factors II, VII, IX, and X in the liver, and its effects can be reversed with the administration of vitamin K. NOAs are direct inhibitors of factor Xa (rivaroxaban, apixaban, edoxaban) and thrombin (factor IIa, dabigatran). Bleeding associated with their use is treated with the administration of RBCs and plasma, activated prothrombin complex concentrate, or recombinant factor VIIa, hemodialysis, or idarucizumab for dabigatran.[6,7] The treatment of bleeding associated with NOAs is both controversial and expensive.

Certain natural medicines and supplements have been reported to cause bleeding either on their own or when used in combination with other drugs. Table 3 lists common natural medicines that affect platelet aggregation and could elicit bleeding.[14]

aData regarding what constitutes a high dose are conflicting.
Source: Reference 14.

Medication reconciliation and patient education prevent moderate or significant drug-drug interactions. Selected drug-drug interactions are given in Table 4.[11,15–22] Notable drug-drug interactions involve antibiotics and antifungals, which have been reported to increase bleeding when used in combination with drugs that are known to cause bleeding. It is recommended to check the international normalized ratio (INR) 5 days after initiation of an antimicrobial or antibiotic in patients taking warfarin.[23] Another combination that is important to monitor for bleeding is that of proton pump inhibitors (PPIs) with clopidogrel, owing to their inhibition of CYP2C19. Pantoprazole seems to inhibit CYP2C19 less than other PPIs and is likely the safest option if concomitant PPI therapy is necessary.[24]

Risk factors for increased bleeding include use of a drug or natural medicine that has the potential for bleeding (Table 1, Table 2 and Table 3); concomitant use of drugs causing drugdrug interactions (Table 4); advancing age; prior history of GI bleeding; decreased renal function; uncontrolled hypertension; regular or excessive use of alcohol; and the presence of Helicobacter pylori.[9] Additional risk factors associated with NSAID administration include concomitant use of oral bisphosphonates or corticosteroids; chronic debilitating disorders, such as cardiovascular disease and rheumatoid arthritis; and cigarette smoking.[25] The accompanying CASE STUDY focuses on risk factors and signs and symptoms of bleeding.

Education on reducing the risk of bleeding includes the recommendation to avoid all drugs that interact with anticoagulants and other drugs known to potentiate bleeding (Table 1 and Table 2). The use of NSAIDs is common since these agents can be purchased OTC for pain relief. If analgesia is needed, acetaminophen at a maximum dosage of 2 g per day may be used.[27] Aspirin should be taken only if it is prescribed. The use of a PPI should be considered for patients at risk for GI bleeding. Patients should be counseled not to double up on doses in the event of missing a dose and not to skip doses in an effort to save money.

Patients should be encouraged to document their compliance with an electronic device or on a calendar.[9] Any serious injury or fall should be reported if a patient is taking a medication known to potentiate bleeding (Table 1) so that signs and symptoms of bleeding can be monitored. A current medication card should be maintained at all times so that all healthcare providers are aware of all medications. In some cases, a sudden or severe episode of headache, dizziness, faintness, or weakness will occur before the medical emergency. Other emergency symptoms that are linked to bleeding or stroke include unusual pain or swelling and abnormalities in vision, speech, or gait. Dietary guidelines to maintain a consistent diet are important for patients taking warfarin. Sudden changes in diet to include high or extra intake of green, leafy vegetables or other foods high in vitamin K will cause the blood to clot, resulting in a lower INR and an increased risk of bleeding.[1]

Finally, patients who are taking drugs that could potentiate bleeding because of constipation should be advised to increase fruit and vegetable intake, increase fluid intake, make sure that at least one-half of all grains they consume are whole grains, and consume 25 g to 38 g of fiber daily.[12] These patients should also be counseled on how to recognize constipation (decrease in frequency of bowel movements, dull headache, low back pain, abdominal distention, lower abdominal distress).[12] OTC treatment with fiber laxatives or stool softeners is appropriate.

Role of the Pharmacist

In addition to patient education on the signs of bleeding and how to minimize bleeding risk, pharmacists play an important role in helping reduce the risk of drug-induced bleeding by monitoring patient medication profiles for potential drug-drug interactions and by conducting patient interviews to identify other items that may increase risk, such as advanced age, alcohol consumption, use of natural medicines, past medical history, and family history.

Bleeding as a result of medication therapy is a severe complication that has a negative impact on patient safety. In many cases, bleeding is not easily identified as a drug-induced problem. Pharmacists can play a pivotal role in minimizing the development of druginduced bleeding by being aware of the contributing risk factors and medications. 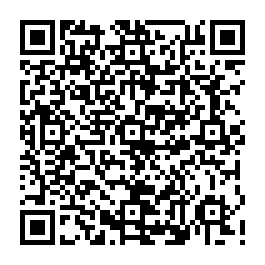