May 20, 2009 — Cholinesterase inhibitors are associated with previously underrecognized serious adverse events in older adults with dementia, which must be carefully balanced against the generally modest benefits of these drugs, according to the results of a population-based cohort study reported in the May 11 issue of the Archives of Internal Medicine.

To evaluate the association between use of cholinesterase inhibitors and syncope-related outcomes, the investigators used healthcare databases from Ontario, Canada, with enrollment from April 1, 2002, to March 31, 2004. The study cohort consisted of 19,803 community-dwelling older adults with dementia who were prescribed cholinesterase inhibitors and 61,499 control subjects who were not using these medications.

Additional analyses in which participants were matched either on their baseline comorbidity status or use of propensity scores yielded similar findings.

"Use of cholinesterase inhibitors is associated with increased rates of syncope, bradycardia, pacemaker insertion, and hip fracture in older adults with dementia," the study authors write. "The risk of these previously underrecognized serious adverse events must be weighed carefully against the drugs' generally modest benefits."

Limitations of this study include retrospective, observational design; additional risk factors for syncope in many patients; possible residual confounding and hidden bias; failure to compare individual cholinesterase inhibitors or to examine dose-response relationships; lack of evaluation of fall-related injuries other than hip fracture; and exclusion of patients with a recent history of syncope.

"Older adults with dementia are vulnerable to adverse drug effects, and future RCTs [randomized controlled trials] evaluating treatments targeted to this population should therefore provide comprehensive documentation of common and serious outcomes such as falls (syncopal or otherwise) and injuries," the study authors conclude.

The Clinical Teachers Association of Queen's Endowment Fund and a Chronic Disease New Emerging Team program grant from the Canadian Institutes of Health Research (CIHR) supported this study. The New Emerging Team program receives joint sponsorship from the Canadian Diabetes Association; the Kidney Foundation of Canada; the Heart and Stroke Foundation of Canada; and the CIHR Institutes of Nutrition, Metabolism and Diabetes, and Circulatory and Respiratory Health. Some of the study authors have disclosed various financial relationships with Bayer Canada, the Ontario Ministry of Health, the University of Toronto, and the CIHR.

Cholinesterase inhibitors are widely used to treat Alzheimer's disease and other forms of dementia, although previous trials have questioned their efficacy in relationship to their cost. In a randomized trial by Courtney and colleagues, which was published in the June 26, 2004, issue of the Lancet, use of donepezil was associated with modest improvements in cognition and function scores vs placebo during the first 2 years of treatment. However, rates of institutionalization and progression of disability were similar between donepezil and placebo at 3 years, and the 2 treatment groups also experienced similar rates of behavioral and psychological symptoms.

Donepezil was not associated with a higher rate of adverse events in the study by Courtney and colleagues, but this might have been the result of a small sample size. The current study uses a large patient cohort to examine the potential for serious adverse events associated with treatment with cholinesterase inhibitors. 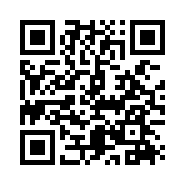