Figure 1. Mechanisms of Resistance in Gram-Negative Bacteria, and the Antibiotics Affected.

Seven mechanisms of resistance are shown in the gram-negative bacterium, with some being mediated by a mobile plasmid. These mechanisms include the loss of porins, which reduces the movement of drug through the cell membrane; the presence of β-lactamases in the periplasmic space, which degrades the β-lactam; increased expression of the transmembrane efflux pump, which expels the drug from the bacterium before it can have an effect; the presence of antibiotic-modifying enzymes, which make the antibiotic incapable of interacting with its target; target site mutations, which prevent the antibiotic from binding to its site of action; ribosomal mutations or modifications, which prevent the antibiotic from binding and inhibiting protein synthesis; metabolic bypass mechanisms, which use an alternative resistant enzyme to bypass the inhibitory effect of the antibiotic; and a mutation in the lipopolysaccharide, which renders the polymyxin class of antibiotics unable to bind this target. Red spheres indicate antibiotics.

Table 3. Evidence-Based Guidelines for the Prevention of Hospital-Acquired Infections. 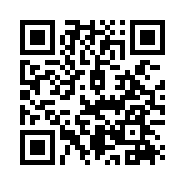