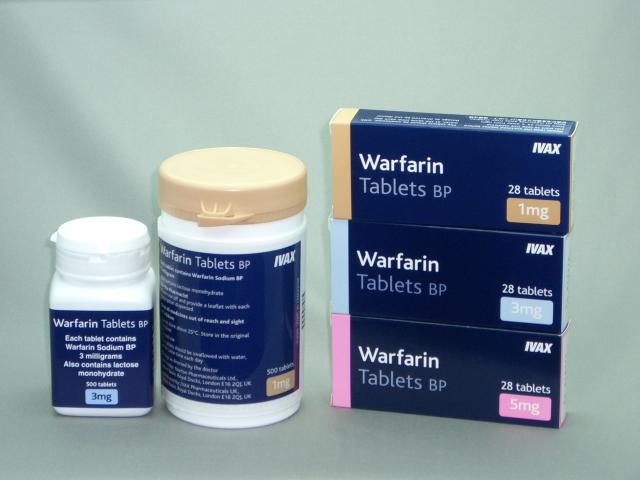 Most pharmacists practicing in health systems are familiar with heparin dosing protocols. These protocols are typically used by prescribers to order a weight-based loading dose of heparin (in units per kilogram of body weight) fol- lowed by dosage adjustments (in units per kilogram of body weight per hour or units per hour) that are based on the results of coagula- tion tests such as activated partial thromboplastin time or antifactor Xa levels. Dosage adjustments may be made by nursing staff, pharma- cists, or physicians, depending on the type of program used within the institution. Recommended loading doses and target ranges may differ depending on the con- dition being treated. For example, higher doses may be required in patients with venous thrombo- embolism (VTE) compared with patients receiving heparin for acute coronary syndrome.

Heparin is a classic example of a medication that can be initiated and adjusted using a dosing protocol. Despite its considerable challenges, heparin is dosed based on total body weight and has a defined target thera- peutic range; there is robust evidence supporting the value of nomogram- based dosing to meet specific moni- toring and clinical outcomes.3

Like unfractionated heparin, low-molecular-weight heparins (LMWHs) can also be managed with dosing protocols, but these protocols have a different focus than those used for heparin. LMWH dosing is based on total body weight but does not require adjustments based on routine coagulation tests. Thus, while a heparin protocol defines starting doses and subsequent dos- ing adjustments, an LMWH dosing protocol is more likely to define (1) the specific weight-based dose of a particular LMWH used for se- lected indications (e.g., treatment of VTE, bridging anticoagulation therapy in patients with atrial fibrillation or heart valve replace- ment), (2) the fixed dose used for VTE prophylaxis, and (3) the dosing refinements that need to be made for renal impairment, obesity, preg- nancy, and other special situations. LMWHs rarely require daily dose adjustments based on the presence of acute changes in the patient’s medical condition or coadministra- tion of interacting medications. In addition, an LMWH dosing proto- col may be used to further define the duration of therapy, laboratory tests needed (e.g., hematocrit level, platelet count, serum creatinine level), therapy transitions, and steps needed to ensure successful use in the outpatient setting.

Concerns regarding warfarin dosing protocols. Many clinicians and health-system administrators have interpreted NPSG 03.05.01 to mean that a similar type of dosing protocol is also required for warfarin therapy. Indeed, a number of war- farin initiation dosing nomograms have been published, the purpose of which is to predict the warfarin maintenance dose with accuracy and success.4-16 Dosing nomograms used for warfarin initiation typically use a fixed starting dose of warfarin and the International Normalized Ratio (INR) on one or more subsequent days to predict the weekly warfarin maintenance dose.4-9 Flexible war- farin dosing nomograms begin with a single starting dose in patients not previously treated with warfarin and use daily INR results to make daily dosing adjustments in order to predict the maintenance dose within three to five days.10-16

While, at first glance, using one of these warfarin dosing nomograms may seem like an appropriate way to provide a “protocol” for warfarin dosing in the institutional setting, it is important to recognize the limita- tions of these nomograms. Many of these nomograms were developed or validated in studies of stable, healthy outpatients rather than in hospital- ized patients,4-6,15,16 and some specifi- cally enrolled elderly patients.7,10,12,13 Some studies excluded patients with diseases known to influence warfarin dosing requirements and elevate baseline INR values, and most excluded any patient for whom a deviation from the protocol was re- quired for any reason. These studies did not provide a uniform approach to handling drug–drug interactions nor did they address other potential challenges that may occur dur- ing warfarin initiation that cause patients to fall outside the strict dosing requirements of such nomo- grams. While some studies enrolled patients with a specific indication for warfarin therapy, such as acute VTE11,15 or atrial fibrillation,6,8 others enrolled all patients requiring war- farin therapy, making the selection of one nomogram for a specific type of patient problematic. No studies have compared differences in nomogram performance for patients with arte- rial thromboembolism versus VTE.

Maintenance warfarin protocols typically suggest a percent change in the daily or weekly warfarin dose based on the INR value once a patient has reached the lower limit of the therapeutic range and has achieved a relative steady state.17 They are not appropriate for use in patients who are initiating therapy nor are they appropriate for use in patients whose clinical status is rapidly changing. Even when used in stable ambula- tory patients, they do not typically account for transient versus more- persistent reasons for too much or inadequate anticoagulation. Thus, these protocols could lead to inap- propriate dosage adjustments that place the patient at risk, unless clini- cal judgment based on a full assess- ment of pertinent patient variables is included. We believe that to rely on INR values alone without regard for individual patient circumstances would oppose the original intent of the NPSG, which is to improve the safe use of anticoagulants and reduce related adverse events.

No warfarin dosing nomogram can account for intrapatient and interpatient variability and the numer- ous factors that influence warfarin dosing requirements from day to day, particularly in hospitalized patients. Acutely ill medical and surgical patients may experience dramatic changes in oral intake, hepatic func- tion, use of interacting drugs, infec- tion, inflammation, cardiac output, and numerous other factors that influence response to warfarin.18

It is simply impossible to con- struct a mathematically based war- farin dosing protocol that calculates a dose for every clinical scenario. While some clinically relevant safety endpoints, such as the number of subtherapeutic or supratherapeutic INR values, are reduced by using dosing protocols, we believe that the limitations to warfarin dosing proto- cols outlined above do not warrant the strong statements made by Rich2 suggesting that a single dosing pro- tocol for warfarin be written for each indication. These statements include the following:

• “A physician can simply write ‘Imple- ment warfarin protocol,’ meaning the protocol that has been approved by the medical staff, and then people fol- low the protocol.”

• “The typical protocol that does not pass muster is one that allows physi- cians to order whatever dosage of warfarin they want.”

• “The Joint Commission expects the pharmacist to follow a protocol.”

• “I have seen certain cases in which the physicians turn over dosing responsibility to the pharmacy, which has some ‘experts’ in antico- agulation therapy who make dosage adjustments on the basis of indi- vidual experience and knowledge. That situation is not acceptable. The pharmacists must agree among themselves to follow a single protocol for best practices.”

• “A cardiologist and an orthopedic sur- geon would have different protocols.”

• “If the hospital has an order form that includes the protocol and allows physicians to do something different, some- one should track that information.”

Furthermore, there is no evidence that using different warfarin dosing protocols for each patient popula- tion improves patient safety in either stable outpatients or hospitalized pa- tients. For the reasons outlined above, a single protocol with no acceptable reasons for deviation is not appro- priate. In addition, we believe that tracking deviations from the dosing protocol creates extreme logistic is- sues for pharmacy departments, as there are many valid reasons for devi- ating from a single protocol based on differences in warfarin clearance and interacting drugs.

Rather than providing a warfarin dosing protocol that could lead to patient harm if followed in an abso- lute manner, it is our opinion, from decades of experience in anticoagu- lation management, that it is more appropriate to ensure individualized care and dosing regimens for hospi- talized patients receiving warfarin, whether they are starting warfarin for the first time or continuing out- patient oral anticoagulation while hospitalized. Rather than a stringent dosing protocol, we suggest that guidance in the form of a warfarin dosing guideline be implemented, which ensures that clinicians will

1. Develop an individualized treatment plan for each patient, including the in- dication for therapy, target INR value, and anticipated duration of treatment.

2. Obtain INR values on a daily basis unless a patient is stable on a warfarin dosage over multiple days.

3. Evaluate the warfarin dosage daily and adjust the dosage routinely and individually based on the combina- tion of INR values, current patient clinical status, and hospital-endorsed clinical care guidelines.

4. Address critical INR values promptly. 5. Monitor patients for signs of bleeding or new thrombosis through laboratory values (i.e., hematocrit and he- moglobin levels and platelet counts) and other clinical symptoms.

6. Arrange a discharge management plan to address all critical transitional care issues, including access to warfarin; a follow-up appointment to determine the INR value; the laboratory location for future blood draws; the names, locations, and telephone numbers of the prescriber and clinician managing warfarin dosing; counseling regarding medication adherence, diet, and drug interactions; and oral or written con- tact between inpatient and outpatient providers managing anticoagulation.

General dosing guidelines on how to select an appropriate starting dos- age and how to select subsequent dosages during initiation or mainte- nance therapy are acceptable and can help standardize practice. However, the responsible clinician needs to ensure that any guideline-suggested dosage is appropriate for the specific patient situation before any dosage is prescribed. Regardless of the setting, improved outcomes with warfarin therapy have been observed when a clinician who is focused on anticoag- ulant therapy is included in warfarin management decisions. 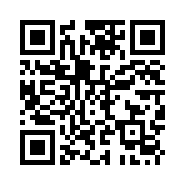