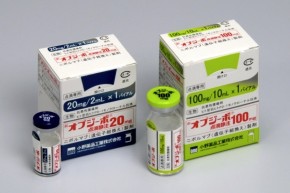 Today at a meeting press conference, there was discussion of phase 1 study data on the use of the PD-1 inhibitor nivolumab (Opdivo, Bristol-Myers Squibb Company) among 23 patients with relapsed or resistant HL, most of whom had experienced treatment failure with more than three previous regimens, including stem cell transplant and brentuximab vedotin (Adcetris, Seattle Genetics, Inc).

The drug's toxicity was similar to that seen with solid tumor cancers, with no life-threatening toxicity or treatment deaths. In terms of treatment-related adverse events, five patients (22%) had a serious event of higher than grade 3.

Patients received an intravenous infusion of nivolumab every 2 weeks until their tumors progressed or they experienced excessive toxicity.

These early results were simultaneously published in the New England Journal of Medicine.

In an accompanying editorial, a pair of experts praised the early results. The response rate of 87% is "remarkably high" in this population of heavily pretreated patients, said Mario Sznol, MD, of Yale University in New Haven, Connecticut, and Dan Longo, MD, of the New England Journal of Medicine.

Furthermore, the results are "particularly exciting" in "suggesting a future in which anti-PD-1 therapy will become the foundation for the treatment of Hodgkin's lymphoma, possibly sparing patients both short- and long-term toxic effects of combination chemotherapy," they said.

"The results are extremely encouraging," said senior study author Philippe Armand, MD, PhD, of the Dana-Farber Cancer Institute in Boston, Massachusetts, in an interview with Medscape Medical News.
"We get excited when we see a 30% response rate in this population," he added.

On the basis of these results, the US Food and Drug Administration has granted nivolumab a breakthrough therapy designation in relapsed HL, and a phase 2 study is under way.

The new results are the first to be reported and published in HL with this treatment strategy, said Dr Armand.

There were also new results discussed at the press conference on another anti-PD-1 therapy, pembrolizumab (Keytruda, Merck & Co, Inc), in the same HL patient population.

All of the patients in the study had experienced failure with previous treatment with brentuximab vedotin, and most had relapsed after a stem cell transplant.

"It will be important to further evaluate this drug in combination with others, or perhaps even as a maintenance treatment, to enhance the posttransplant immune response," said lead study author Craig Moskowitz, MD, of Memorial Sloan Kettering Cancer Center in New York City, in a press statement.

The new results for nivolumab and pembrolizumab do not represent the first time that an immune checkpoint blockade agent has demonstrated effectiveness in a blood cancer.

The experimental agent pidilizumab (CureTech Ltd) has shown promise in the treatment of patients with diffuse large B-cell lymphoma who have undergone autologous hematopoietic stem cell transplantation and in follicular lymphoma.

The nivolumab study was supported by Bristol-Meyers Squibb and the National Institutes of Health. Numerous study authors have reported financial ties with industry, including Bristol-Meyers Squibb. The pembrolizumab study was supported by Merck. Numerous study authors have reported finanancial ties to industry, including Merck. 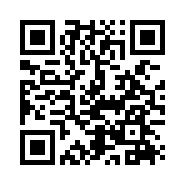