AIDS Memorial Quilt on display at the National Mall in Washington, D.C. Around 1900, a hunter gets the AIDS virus from a chimpanzee.

Between 1884 and 1924, somewhere near modern-day Kinshasa in West Central Africa, a hunter kills a chimpanzee. Some of the animal's blood enters the hunter's body, possibly through an open wound. The blood carries a virus harmless to the chimp but lethal to humans: HIV. The virus spreads as colonial cities sprout up, but deaths are blamed on other causes. In June, the CDC publishes a report from Los Angeles of five young gay men with fatal or life-threatening PCP pneumonia. Almost never seen in people with intact immune systems, PCP pneumonia turns out to be one of the major "opportunistic infections" that kill people with AIDS. On the Fourth of July, the CDC reports that an unusual skin cancer -- Kaposi's sarcoma or KS -- is killing young, previously healthy men in New York City and California. ▪ The CDC calls the new disease acquired immune deficiency syndrome or AIDS. AIDS affects people with hemophilia, convincing scientists that the disease spreads by an infection in contaminated blood. ▪ The CDC warns that AIDS may spread by heterosexual sex and by mother-to-child transmission.

▪ Experts confirm the heterosexual spread of AIDS in Africa. Pasteur Institute researchers Luc Montagnier and Francoise Barre-Sinoussi find a virus in the swollen lymph gland of an AIDS patient. They call it lymphadenopathy-associated virus or LAV. Meanwhile, UCSF researcher Jay Levy finds ARV -- AIDS-related virus. Not until 1986 does everybody agree to call it HIV: human immunodeficiency virus. National Cancer Institute (NCI) researcher Robert Gallo detects an AIDS virus he calls HTLV-III. Later, it turns out to be LAV from a sample sent by the Montagnier lab -- but not before HHS Secretary Margaret Heckler gives Gallo full credit. Heckler predicts a vaccine in two years but does not specifically fund AIDS research. ▪ As AIDS hysteria builds, school officials bar Ryan White from going to class in Indiana because he has the disease. ▪ Atlanta is the site of the first International AIDS Conference.

▪ A scathing government report blasts the HHS for lack of AIDS funding.

▪ The Burk family shows how HIV/AIDS affects the heterosexual community. Patrick Burk (top of photo) got the virus from hemophilia treatments around 1983. ▪ Surgeon General C. Everett Koop urges parents to have a "frank and open conversation" about AIDS with their children and teens.

▪ Work on the first panel of the AIDS quilt begins. Princess Diana reaches out to people with AIDS.

▪ The AIDS quilt goes on display with 1,920 panels. By 1996, the quilt will cover the entire National Mall in Washington, D.C. ACT UP forms and adopts its enduring motto.

▪ New Yorkers form ACT UP to protest the $10,000 per year cost of AZT. It adopts the motto "SILENCE=DEATH."

▪ The U.S. forbids immigration by people with HIV, a policy reversed in 2010 by President Obama. ▪ Protests by ACT UP shut down the FDA. Within a week, the FDA begins a "fast-track" policy allowing public access to lifesaving drugs still in clinical trials. ▪ Scientists find that even before AIDS symptoms develop, HIV reproduces wildly in the blood. The goal of treatment shifts to keeping HIV at low levels. ▪ The red ribbon becomes a symbol of AIDS awareness. A monumental safe-sex message in Paris.

▪ ACT UP and retailer Benetton put a giant condom on the Place de la Concorde in Paris.

▪ A play about the AIDS epidemic, Angels in America, wins the Pulitzer Prize. AIDS patient and activist Pedro Zamora becomes a cast member on MTV's The Real World: San Francisco. One day after the season finale airs, he dies at age 22. HIV treatment works -- but it means many different pills, many times a day.

Awareness grows that HAART has serious side effects. Treatment failures highlight the need for newer, more powerful drugs. The FDA later approves new classes of drugs that make HIV treatment safer, easier, and more effective. But the drugs do not cure AIDS. Countries in sub-Saharan Africa approve the purchase of generic drugs from abroad.

▪Treatment is still totally unavailable to the vast majority of people living with HIV. Only 1% of the 4.1 million sub-Saharan Africans with HIV receive anti-HIV drugs. Vivid Entertainment was one of the few adult film companies to insist on condom use. Despite the failure of the most promising HIV vaccine to date, the quest continues.

▪ Merck's HIV vaccine fails in clinical trials -- the latest in a long line of vaccine failures. But new vaccines are still in development. ▪ New HIV infection rates soar among men who have sex with men. ▪ Luc Montagnier and Francoise Barre-Sinoussi receive the Nobel Prize in medicine for the discovery of HIV.

▪ Of the 33 million people now living with HIV, 3 million are getting treatment. That's less than a third of those who need treatment right away. Yet for the first time, global AIDS deaths decline. UNAIDS says the global spread of AIDS peaked in 1996 with 3.5 million new infections. Deaths peaked in 2004, at 2.2 million. Yet AIDS Day 2009 brings grim figures: 2.7 million new HIV infections and 2 million AIDS deaths in the previous year. More than half of those who need it get no treatment. AIDS: How soon we forget.

Polls show most Americans no longer consider AIDS a major problem. They're wrong. New infections continue to soar. Over half are in men who have sex with men, but 31% are in heterosexuals. African Americans -- 12% of the U.S. population -- get 45% of new HIV infections. In 2012, the FDA approved use of a tenofovir/emtricitabine combination to lower the chance of HIV in people who are at high risk of getting it. Sold under the brand name Truvada, the drug prevents HIV from attacking cells in the body. You take it every day and use other safe-sex practices as well. There are also more than a dozen antibodies that target HIV. One of them, PGT 128, may prevent about 70% of viruses from infecting cells in lab tests. 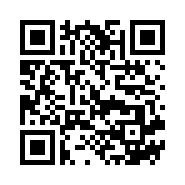