Question
Does the medical literature still support the use of oral antiplatelet agents (eg, aspirin) for stroke prevention in patients with diabetes?

Cardiovascular disease (CVD) is the leading cause of morbidity and mortality in patients with diabetes. Patients with diabetes have twice the risk of stroke or heart disease compared with those who do not have diabetes.[1] Healthcare professionals have taken many steps to reduce this risk by researching the best methods for controlling the disease and preventing its complications. Studies have demonstrated better patient outcomes by lowering both blood pressure and lipids and optimizing drug therapy. Currently, aspirin (ASA) is at the center of this research. ASA use, once thought to be part of the standard of care in patients with diabetes, is now being questioned regarding its utility for preventing stroke.

A meta-analysis of antiplatelet therapy in high-risk patients for primary prevention of occlusive vascular events (eg, nonfatal myocardial infarction [MI], nonfatal stroke, or death from vascular cause) found that in almost 5000 study patients with diabetes, there was only a 7% decrease in serious vascular events.[4]

The Japanese Primary Prevention of Atherosclerosis With Aspirin for Diabetes trial evaluated ASA for primary prevention of atherosclerotic events, including stroke and MI in relatively healthy Japanese men.[5] The researchers found a much lower event rate than what they had expected to see in both groups. While the results did not show a statistically significant benefit with ASA in the overall study population, a significant benefit was detected in patients aged 65 years and over (P = .047). The secondary endpoint of cerebrovascular or coronary mortality was reduced significantly in the ASA group (P = .0037). It is unknown whether lack of benefit in the primary endpoint was due to inefficacy of ASA or because the study was underpowered. Therefore, conclusions cannot be drawn.

The Prevention of Progression of Arterial Disease and Diabetes trial studied ASA 100 mg daily, antioxidants alone, combination ASA and antioxidant, or placebo in 1276 patients with type 1 or type 2 diabetes with evidence of asymptomatic peripheral artery disease. The use of ASA and/or antioxidants was not found to be better than placebo in the primary prevention of cardiovascular events and mortality.[6]

Caring for patients who have diabetes without established CVD is crucial, as the disease doubles the risk of MI and stroke compared with patients without diabetes. Additional trials are needed to determine the role of ASA for primary prevention of CVD in this population. Until further evidence is available, providers should continue to exercise clinical judgment (ie, benefits outweigh the risks) and adhere to the ADA recommendations regarding the use of ASA for primary and secondary prevention of CVD in patients with diabetes. 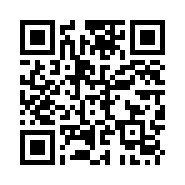