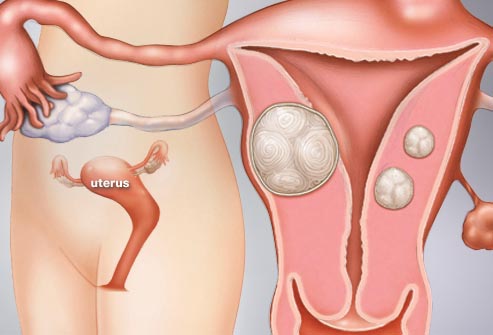 What Are Uterine Fibroids?什麼是子宮肌瘤
Uterine fibroids are noncancerous growths of the muscle tissue of the uterus. Fibroids can range in number and size from a single growth to multiple growths, and from very small to large. As many as 70% to 80% of all women will have fibroids by age 50. The medical term for fibroids is leiomyoma or myoma. 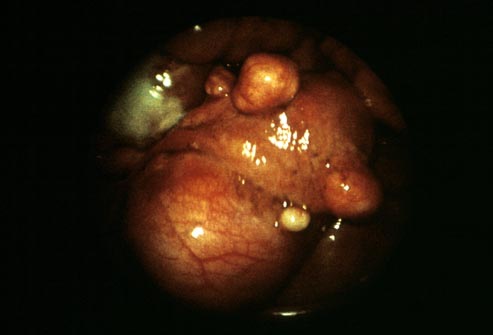 Symptoms of Fibroids: Pressure 子宮肌瘤的症狀：壓迫
Fibroids may cause very mild symptoms or none at all. In women who do feel symptoms, these uterine growths can cause:
Pressure on the bladder or rectum
Frequent urination
Constipation and/or rectal pain
Lower back and/or abdominal pain
If fibroids become very large, they can distend the stomach, making a woman look pregnant. 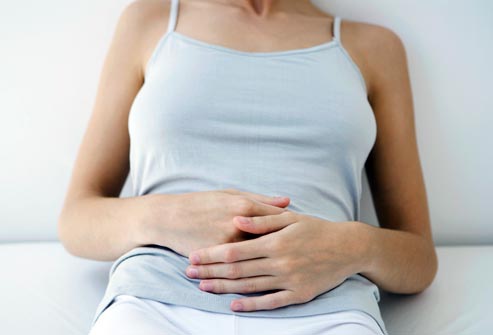 Symptoms of Fibroids: Period Changes 子宮肌瘤的症狀：月經週期改變
Fibroids may also cause changes to a woman's period, including:
Mild to severe cramping and pain
Heavier bleeding, sometimes with blood clots
Longer or more frequent menstruation
Spotting or bleeding between periods 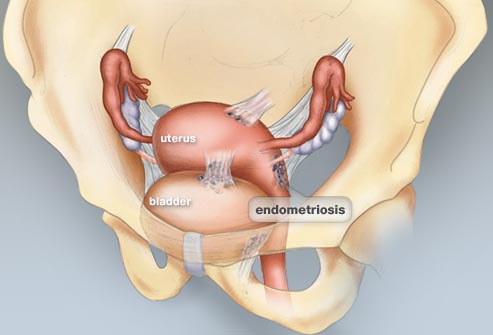 Fibroids or Endometriosis? 肌瘤還是子宮內膜異位？
Fibroids are one cause of severe menstrual pain, but the pain also can be caused by endometriosis. Endometriosis occurs when tissue from the inner lining of the uterus grows in other parts of the body -- illustrated here by growths on the outside of the uterus and bladder. This tissue breaks down and bleeds during your period, causing painful scar tissue. The pain of fibroids or endometriosis also can occur between periods. 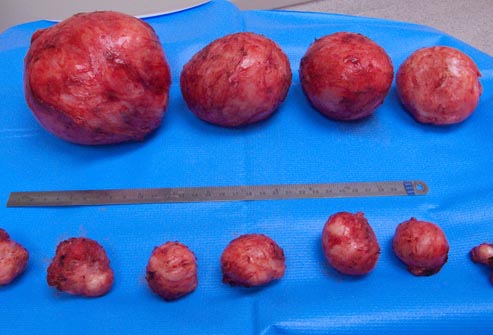 The exact cause of fibroids is unknown. Their growth has been linked to the female hormones estrogen and progesterone. Studies have found that women who start their periods at a younger age are more likely to develop fibroids. Although taking female hormones is linked to fibroids, the use of birth control pills is not. 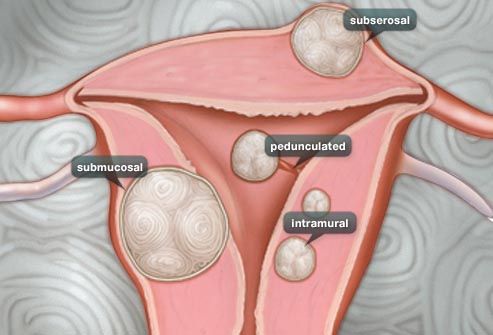 Types of Fibroids 肌瘤的種類
Intramural fibroids, the most common, grow in the wall of the uterus and can make it feel bigger.
Subserosal fibroids grow on the outside of the uterus. As they grow larger, they can cause pain due to their size or pressure put on nearby organs.
Submucosal fibroids grow just underneath the uterine lining and can crowd into the uterus cavity and lead to heavy bleeding and other more serious complications.
Pedunculated fibroids grow on small stalks inside or outside the uterus.
It's possible to have more than one type of fibroid. 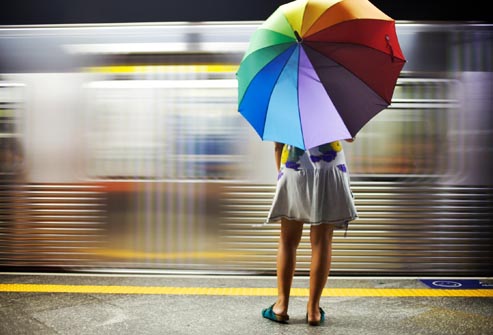 Who Gets Fibroids? 誰會得肌瘤
While it's unclear why women develop fibroids, some patterns have been observed.
They usually occur between the ages of 30 and 40.
They are more common in black women.
They grow more quickly and appear at a younger age in black women.
Having a family member with fibroids increases a woman's risk.
Being overweight or obese and having high blood pressure also may increase your risk. 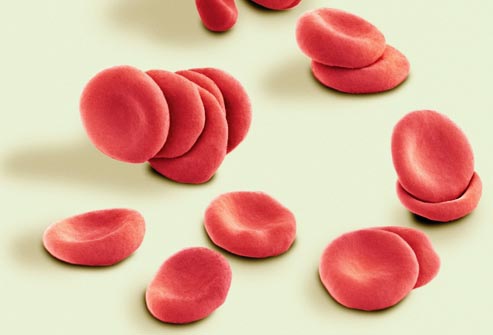 Complications: Fibroids and Anemia 併發症
Some women with fibroids who experience unusually heavy bleeding during their periods may become anemic. Many cases of anemia due to iron deficiency from periods are mild and can be treated with a change in diet and iron supplement pills. Untreated anemia can lead to fatigue and lethargy -- and, in severe cases, heart problems. 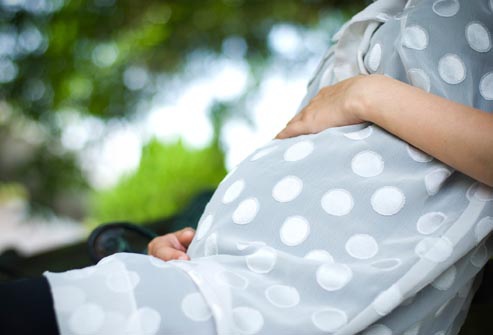 Complications: Getting Pregnant 併發症：懷孕
Fibroids usually do not interfere with fertility and pregnancy. However, some women with fibroids experience more pregnancy complications and delivery risks. Fibroids may cause pelvic pain and heavy bleeding after delivery, which may require surgery. In some instances, fibroids may block your fallopian tubes. Fibroids growing along the inner uterine wall may make it difficult for a fertilized egg to attach. 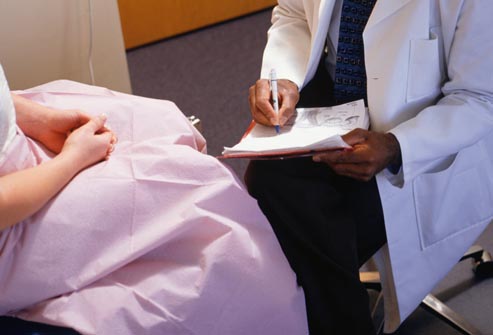 When to See a Doctor 何時該看醫生？
See your health care provider if you have the following fibroid symptoms:
Heavy menstrual bleeding
Periods that became more painful
Frequent urination or inability to control the flow of urine
A change in the length of your period over three to six cycles
New persistent pain or heaviness in lower abdomen or pelvis 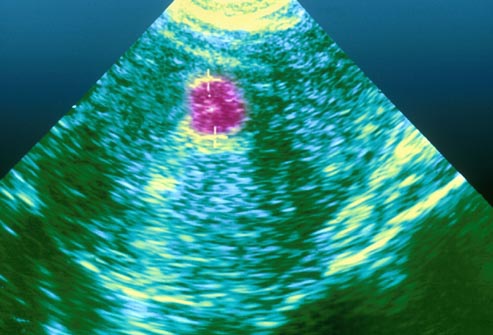 Diagnosis: Exam and Imaging 診斷
Your doctor may feel moderate and large uterine fibroids during a routine pelvic exam. Tests, such as an ultrasound, can show information about size and location of other fibroids. For women with fibroids who are trying to get pregnant, a test called a hysterosalpingogram will show an outline of the uterus and fallopian tubes and may detect abnormalities. Other procedures to visualize the inside of the uterus or abdomen also may be needed. 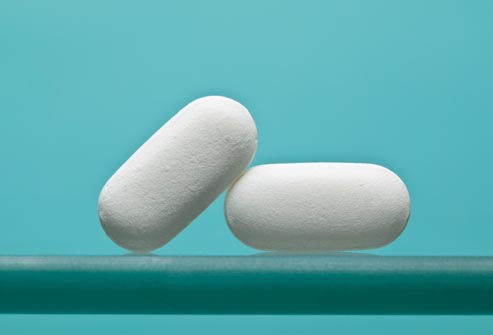 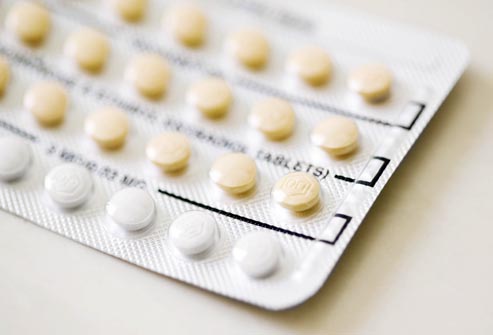 Treatment: Birth Control 治療：節育
Oral contraceptives manage levels of estrogen and progestin. This usually leads to lighter periods and can alleviate some of the pain associated with fibroids, such as heavy bleeding and cramping. Other hormonal birth control methods that may lessen fibroid symptoms include progestin injections or progestin-releasing IUDs. 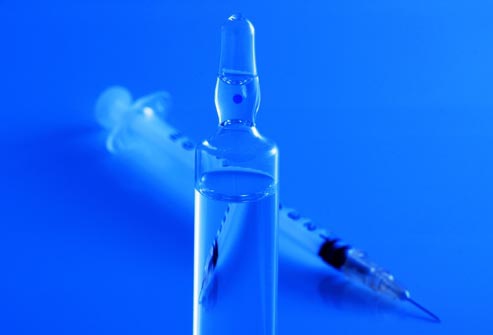 Other Hormone Therapies 荷爾蒙治療
Drugs called gonadotropin-releasing hormone (GnRH) agonists may offer temporary symptom relief from fibroids by stopping periods and shrinking fibroids. GnRH agonists block the production of estrogen, so they can also cause bone loss, hot flashes, and vaginal dryness. Fibroids will return to their previous size once treatment ends. These may be used to shrink fibroids before fibroid removal surgery. 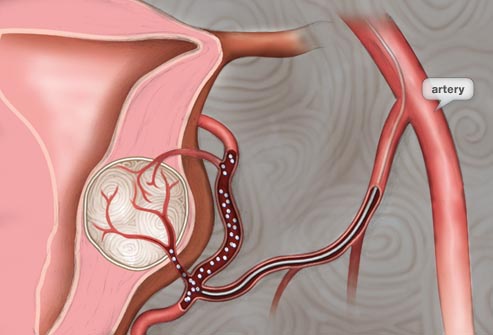 Treatment: Embolization 治療：栓塞法
For mild to moderate symptoms, uterine fibroid embolization may be a good option. A catheter is guided to the uterine artery. Tiny particles of plastic or gelatin are then released into the blood vessels that feed the fibroid, causing it to shrink over time. Embolization should not be an option for women wanting to get pregnant at some point after treatment. 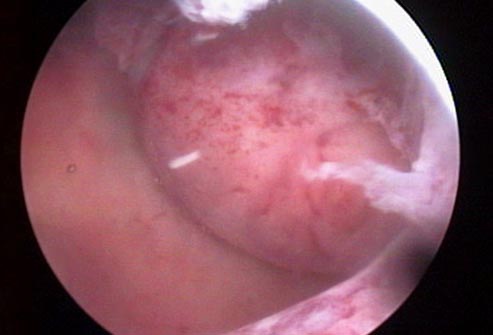 Treatment: Surgery 處置：手術
A myomectomy typically removes the largest fibroid, either through open surgery or small incisions. In some cases, fibroids grow back. Rarely, a myomectomy leaves scar tissue that makes it impossible to get pregnant. Some women with severe symptoms or very large fibroids may choose to have a hysterectomy, a procedure that removes the uterus. Endometrial ablation, suitable to treat smaller fibroids, destroys the lining of the uterus, usually making it impossible to get pregnant. 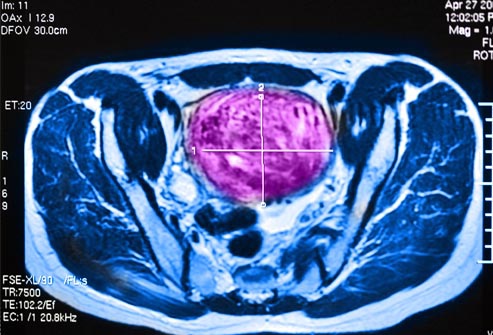 Treatment: Ultrasound 處置：超音波
Ultrasound is one way to destroy fibroids without risk of damaging the uterus. The treatment uses high-intensity ultrasound waves that kill the fibroid tissue. Most women recover quickly from this procedure and can return to regular activities within 24 hours. The long-term effects are still being studied, and it is not recommended for women who want to become pregnant. 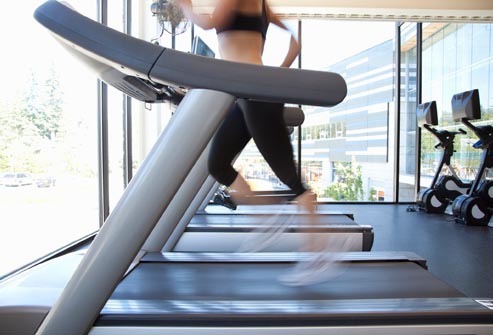 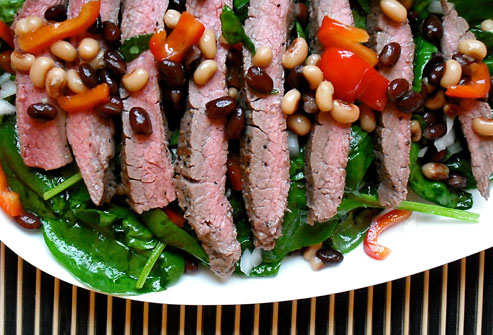 Care for Anemia 貧血照護
Women with fibroids who are not getting enough iron through diet alone may develop anemia, where the body has fewer red blood cells than normal. Symptoms include fatigue, chest pain, and shortness of breath. Treatment may include eating more iron-rich foods, such as meats, poultry, fish, leafy greens, legumes, and iron-fortified breads and cereals. Your health care provider also may suggest iron supplements. 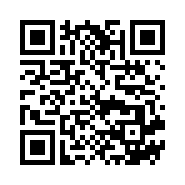