[Posted 12/04/2009] Endo, Novartis and FDA notified healthcare professionals of revisions to the Hepatic Effects section of the prescribing information for to add new warnings and precautions about the potential for elevation in liver function tests during treatment with all products containing diclofenac sodium.

In postmarketing reports, cases of drug-induced hepatotoxicity have been reported in the first month but can occur at any time during treatment with diclofenac. Postmarketing surveillance has reported cases of severe hepatic reactions, including liver necrosis, jaundice, fulminant hepatitis with and without jaundice, and liver failure. Some of  these reported cases resulted in fatalities or liver transplantation.

Physicians should measure transaminases periodically in patients receiving long-term therapy with diclofenac. The optimum times for making the first and subsequent transaminase measurement are not known. Based on clinical trial data and postmarketing experiences, transaminases should be monitored within 4 to 8 weeks after initiating treatment with diclofenac.

Cases of drug-induced hepatotoxicity have been reported within the first month of treatment with diclofenac but can occur at any time during treatment.

"Postmarketing surveillance has reported cases of severe hepatic reactions, including liver necrosis, jaundice, fulminant hepatitis with and without jaundice, and liver failure," according to an alert sent last night by MedWatch, the FDA's safety information and adverse event reporting program. "Some of these reported cases resulted in fatalities or liver transplantation."

Physicians should discontinue diclofenac treatment immediately if patients continue to have abnormal or worsening liver test results, if liver disease symptoms develop, or if systemic manifestations occur, such as eosinophilia, rash, abdominal pain, diarrhea, or dark urine, according to a letter from Endo and Novartis to healthcare professionals.

The companies also recommend that physicians advise their patients receiving diclofenac of the signs and symptoms of hepatotoxicity, including nausea, fatigue, lethargy, diarrhea, pruritus, jaundice, right upper quadrant tenderness, and flulike symptoms, and what to do if these signs and symptoms appear.

To reduce the risk for hepatotoxicity in patients receiving diclofenac sodium, the lowest effective dose should be used for the shortest time possible.

In their letter to healthcare professionals, Endo and Novartis advise physicians to measure transaminase levels regularly in patients receiving long-term therapy with diclofenac "because severe hepatotoxicity may develop without a prodrome of distinguishing symptoms. The optimum times for making the first and subsequent transaminase measurements are not known."

Transaminase levels have been elevated at borderline or higher levels in about 15% of diclofenac-treated patients, the companies say in the letter to healthcare professionals. Alanine aminotransferase (ALT) (serum glutamic-pyruvic transaminase) is the recommended hepatic function marker for monitoring liver injury, they say.

However, in clinical trials, clinically important elevations (>3 times the upper limit of normal range [ULN]) of aspartate aminotransferase (AST) (serum glutamic-oxaloacetic transaminase) occurred in approximately 2% of about 5700 patients during diclofenac treatment (ALT was not measured in all patients). In a smaller open-label study of 3700 patients, similar elevations of ALT and/or AST levels were seen in approximately 4% of patients and "marked" elevations (>8 times the ULN) occurred in about 1% of patients. In this open-label study, "a higher incidence of borderline (<3 times the ULN), moderate (3-8 times the ULN), and marked (>8 times the ULN) elevations of ALT or AST was observed in patients receiving diclofenac when compared to other NSAIDs [nonsteroidal anti-inflammatory drugs]," the companies point out.

In addition, elevated transaminase levels were more common in patients being treated for osteoarthritis than in those with rheumatoid arthritis.

Diclofenac is a nonsteroidal anti-inflammatory drug indicated for the relief of the pain of rheumatoid arthritis, osteoarthritis, and ankylosing spondylitis.

More information is available on the FDA's MedWatch Web site. 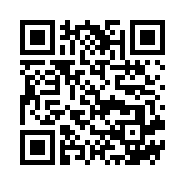