April 20, 2010 — Early vs late tracheotomy (6 - 8 days vs 13 - 15 days after mechanical ventilation) may not significantly lower the risk for ventilator-associated pneumonia in adult patients in the intensive care unit (ICU), according to the results of a randomized controlled trial reported in the April 21 issue of the Journal of the American Medical Association.

"Tracheotomy is used to replace endotracheal intubation in patients requiring prolonged ventilation; however, there is considerable variability in the time considered optimal for performing tracheotomy," write Pier Paolo Terragni, MD, from Universita di Torino in Turin, Italy, and colleagues. "This is of clinical importance because timing is a key criterion for performing a tracheotomy and patients who receive one require a large amount of health care resources."

The goal of this study was to compare early tracheotomy vs late tracheotomy in the incidence of pneumonia and the number of ventilator-free and ICU-free days.

From June 2004 to June 2008, a total of 600 adult patients were enrolled from 12 Italian ICUs. Inclusion criteria were absence of lung infection, 24-hour duration of ventilation, a Simplified Acute Physiology Score II between 35 and 65, and a sequential organ failure assessment score of at least 5. Patients with worsening of respiratory conditions, an unchanged or worse sequential organ failure assessment score, and lack of pneumonia 48 hours after enrollment were assigned to early or late tracheotomy. Of 209 patients randomly assigned to early tracheotomy, 145 received tracheotomy, as did 119 of 210 randomly assigned to late tracheotomy.

The incidence of ventilator-associated pneumonia was the main study outcome. During the 28 days immediately after group assignment, secondary outcomes were the number of ventilator-free days, number of ICU-free days, and number of surviving patients in each group.

"Among mechanically ventilated adult ICU patients, early tracheotomy compared with late tracheotomy did not result in statistically significant improvement in incidence of ventilator-associated pneumonia," the study authors write. "The numbers of ventilator-free and ICU-free days and the incidences of successful weaning and ICU discharge were significantly greater in patients randomized to the early tracheotomy group compared with patients randomized to the late tracheotomy group; there were no differences between the groups in survival at 28 days."

"Considering that anticipation for tracheotomy of 1 week increased the number of patients who received a tracheotomy, and more than one-third of the patients experienced an adverse event related to tracheotomy, these data suggest that a tracheotomy should not be performed earlier than after 13 to 15 days of endotracheal intubation," the study authors conclude.

"Their algorithm for predicting which patients will require prolonged mechanical ventilation is a step forward, and could be adopted into clinical practice to help with prognostication," Drs. Scales and Ferguson write. "This trial should convince clinicians that routine early tracheotomy most likely will not lead to reduced VAP [ventilator-associated pneumonia], shorter hospital stay, or lower mortality. Most importantly, it shows that performing tracheotomy for perceived weaning failure must be tempered by the knowledge that many patients will improve with additional time. Sometimes physicians just need to wait."

The Regione Piemonte Ricerca Sanitaria Finalizzata supported this study. The study authors and editorialists have disclosed no relevant financial relationships. 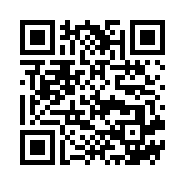