INTRODUCTION — Post-traumatic stress disorder (PTSD) has been described as "the complex somatic, cognitive, affective and behavioral effects of psychological trauma" [1]. PTSD is characterized by intrusive thoughts, nightmares and flashbacks of past traumatic events, avoidance of reminders of trauma, hypervigilance, and sleep disturbance, all of which lead to considerable social, occupational, and interpersonal dysfunction.

The diagnosis of PTSD can be challenging because of the heterogeneity of the presentation and resistance on the part of the patient to discuss past trauma.

The diagnosis of PTSD is made in the subset of people who have experienced trauma who are unable to cope with the consequences of trauma and whose well-being over time is greatly impacted by these consequences. Concerns have been expressed about the potential to "over-medicalize" normal reactions to trauma, on one hand, while failing to recognize and address PTSD, on the other [2].

The treatment of PTSD is discussed separately.

EPIDEMIOLOGY — Many different types of trauma have been found to result in PTSD, including those listed below. Many of these events are common, resulting in a large number of affected individuals.

Prevalence and susceptibility — The lifetime prevalence of PTSD ranges from 6.8 to 12.3 percent in the general adult population in the United States (US) [3-5], with one-year prevalence rates of 3.5 to 6 percent [3,6,7]. In a study of 368 patients from a community primary care clinic, 65 percent reported a history of exposure to severe, potentially traumatic events; 12 percent went on to develop PTSD [8].

Personal and societal factors appear to affect both the likelihood of developing PTSD after a traumatic event and the clinical presentation of PTSD [2,9]. Risk factors for PTSD include lower socioeconomic status, parental neglect, family or personal history of a psychiatric condition, poor social support, and initial severity of reaction to the traumatic event [10-12]. In a study of male patients treated in primary care, Veterans Administration (VA) practices, 36 percent of patients who had been diagnosed with major depression screened positive for PTSD [13].

The frequency with which PTSD occurs after a traumatic event is influenced by characteristics of the individual and the inciting event [15]. Overall, women are four times more likely to develop PTSD than men, after adjusting for exposure to traumatic events [10]. The rates of PTSD are similar among men and women after events such as accidents (6.3 versus 8.8 percent), natural disasters (3.7 versus 5.4 percent), or sudden death of a loved one (12.6 versus 16.2 percent). Although women are more than 10 times as likely as men to be raped, the incidence of PTSD after rape is higher in men (65 versus 46 percent). The rate of PTSD is lower in men than in women after events such as molestation (12.2 versus 26.5 percent) and physical assault (1.8 versus 21.3 percent).

Higher rates of PTSD have been found in subgroups in the US compared to the general population, including Native Americans living on reservations and refugees from countries where traumatic stress was endemic. In two large samples of Native Americans, lifetime prevalence of PTSD ranged from 14.2 to 16.1 percent [16]. Among Cambodian refugees two decades after resettling in the US, 62 percent met criteria for PTSD in the last year [17].

Sexual assault — Sexual assault is the most frequent type of trauma experienced by women with PTSD [3,18]. In a nationally representative sample of 4,008 women in the United States (US), the lifetime prevalence of PTSD was 12.3 percent. Of the women who had a history of PTSD, 32 percent had been raped and 31 percent experienced a sexual assault other than rape [3].

Combat — PTSD occurring after combat injury appears to be strongly correlated with the extent of injury, and develops over several months [20]. Rates of a positive screen for PTSD were higher when US veterans were surveyed three to six months following return from active duty, compared to results of surveys immediately on return [21]. In addition, up to 60 percent of returning soldiers with a positive PTSD screen on their initial survey reported symptom improvement by three to six months.

In another study of US soldiers hospitalized for war-related injuries, the prevalence of PTSD was 4.2 percent at one month and 12.2 percent by four months post-injury. Soldiers with a high severity of physical problems a month after injury were at greater risk of PTSD six months later, compared to those with lower physical problem severity (OR 7.0, 95% CI 3.1-16.0). Almost one-half of soldiers with war-related mild traumatic brain injury (concussion syndrome) met criteria for PTSD in one study; ongoing symptoms that had been attributed to direct effects of the brain injury may in fact relate to PTSD and be amenable to appropriate treatment [22].

War-related PTSD has been associated with long-term consequences for mental health [23]. A longitudinal cohort study compared a random sample of 450 Australian Vietnam veterans with matched subjects from the Australian general population. When assessed 36 years after the war, veterans with war-related PTSD were more likely than members of the general population to have depression, an anxiety disorder (eg, social phobia, panic disorder, agoraphobia with or without panic disorder, and specific blood phobia), alcohol dependence, or persistent pain disorder.

ICU hospitalization — A systematic analysis of 15 studies found the prevalence of PTSD in patients who survived intensive care unit (ICU) hospitalization to be approximately 20 percent [24]. Predictors of PTSD included prior psychopathology and greater use of benzodiazepines in the ICU; severity of critical illness was not a predictor of PTSD.

Cost — Extensive analyses of the cost of PTSD are rare, but suggest that PTSD is associated with increased health care costs and other direct and indirect costs. One study that looked at women with PTSD in a health maintenance organization (HMO) found that compared with women with few symptoms of PTSD, women with moderate and severe PTSD symptoms had increased median annual health care costs (38 and 104 percent higher, respectively) [25]. Exposure to trauma itself appears to be extremely costly in terms of the impact upon victims and their families and upon society. In one study, for example, severely victimized women in an HMO setting had medical expenses twice that of controls [26]. Other reports have estimated direct annual costs of personal crime in the US nationally to be $105 billion (medical costs, lost earnings, victim assistance programs); that figure increases to $450 billion annually when intangible losses (pain, suffering, quality of life) are considered [27].

PATHOPHYSIOLOGY — While much of the pathophysiology of PTSD is unclear, interesting research findings are accruing. Studies using MRI scans have shown that there is decreased volume of the hippocampus, left amygdala, and anterior cingulate cortex in patients with PTSD compared with matched controls [28,29]. Other reports have demonstrated increased central norepinephrine levels with down-regulated central adrenergic receptors [30], chronically decreased glucocorticoid levels with up-regulation of their receptors (possibly accounting for the anecdotal finding that there are more autoimmune diseases in these patients), and hemispheric lateralization in which there is a relative failure of left hemispheric function (possibly accounting for confusion related to time sequence of traumatic events) [31].

Researchers suspect that genetics may contribute to an individual's susceptibility to PTSD through an interaction with environmental factors [32]. However, research studies on the genetics of PTSD have generally been small and findings have been inconclusive [33]. As an example of a potential gene-environment interaction, the presence of one of four polymorphisms at the stress-related gene FKBP5 was found to be associated with an increased risk for PTSD in patients with a history of child abuse, but not in patients without history of child abuse [34].

Previous exposure to trauma appears to increase the risk of developing PTSD with subsequent traumatic events [35]. The mechanism by which this "sensitization" occurs is unclear. A study of severely injured accident victims who were healthy before experiencing trauma found that the incidence of PTSD was low [36].

CLINICAL MANIFESTATIONS — Most individuals who experience trauma react to some degree when experiencing reminders of the trauma. Patients with PTSD, however, experience marked cognitive, affective, and behavioral responses to stimuli, leading to flashbacks, severe anxiety, and fleeing or combative behavior. These individuals compensate for such intense arousal by attempting to avoid experiences that may begin to elicit symptoms; this can result in emotional numbing, diminished interest in everyday activities and, in the extreme, may result in detachment from others.

There are important distinguishing characteristics of PTSD symptoms in patients who experienced most of their trauma in childhood (eg, physical and sexual abuse) [1]. Compared with controls, these individuals often show greater difficulty with affect regulation (eg, unmodulated anger), and often demonstrate more dissociation, somatization, self-destructive behavior, and suicidal behavior.

Traumatic brain injury (TBI) and PTSD have high rates of co-occurrence among civilians and, particularly, among soldiers who suffer combat-related TBI [37]. As an example, 11 percent of American soldiers returning from combat in Iraq and Afghanistan were reported to screen positive for PTSD in 2008. Among returning soldiers with mild TBI, 62 percent screened positive for PTSD [38].

Course — Most individuals who develop PTSD experience its onset within a few months of the traumatic event. However, epidemiologic studies have found that approximately 25 percent experience a delayed onset after six months or more [40].

PTSD is commonly a chronic condition with only one-third of patients recovering at one year follow-up, and one-third still symptomatic ten years after the exposure to the trauma [4]. Individuals with one or more PTSD symptoms are more likely to experience marital difficulties and occupational problems, have poorer social supports, and have more disability than controls [41]. Additionally, PTSD may increase the risk for attempted suicide [42,43]

DIAGNOSIS — Patients presenting with symptoms of PTSD should receive a comprehensive psychiatric assessment. A diagnosis of PTSD is made for patients who meet all of the criteria below from the Diagnostic and Statistical Manual of Mental Disorders (DSM-IV-TR; (table 1) [44].

Examples of questions a clinician can ask to elicit symptoms are provided below.

Patients need to be asked specific questions about their traumatic experience(s) to differentiate PTSD from other psychiatric disorders. These questions should be asked with sensitivity. Patients are often reluctant to discuss past traumatic events because of guilt, embarrassment, or discomfort inherent in revisiting painful memories.

Patients may minimize their symptoms of PTSD. Some patients may feel that past trauma has little or no effect on present symptoms. Military personnel in the US have been reported to be reluctant to disclose PTSD symptoms due to stigmatization and fear of professional repercussions [45].

Patients diagnosed with PTSD should also be assessed for suicidal or parasuicidal ideation or acts and co-occurring psychiatric conditions, substance use disorders, and medical conditions.

Instruments for screening and monitoring — In screening patients for PTSD, eg, primary care patients, returning veterans, or individuals experiencing domestic violence, particular attention should be paid to individuals presenting with new anxiety, fear, or insomnia [46]. Furthermore, clinicians may want to pay attention to associated behaviors in individuals at risk for PTSD anxiety symptoms, such as social isolation, increased substance abuse (alcohol and/or tobacco), or attempts at distraction through excessive work.

The PTSD checklist (PCL) may be helpful in screening patients for PTSD and monitoring the progress of treatment over time [47]. Versions of this tool have been developed for civilian and military populations (figure 1 and figure 2). For differing populations, the sensitivity of the PCL ranges from .69 to .94 and the specificity is from .83 to .99 [48-50]. A score of 50 out of a maximum score of 85 is associated with a diagnosis of PTSD. While the PCL is self-administered by patients, another option for assessing severity is the Clinician-Administered PTSD Scale (CAPS) [51].

Differentiating acute stress disorder — Individuals presenting with symptoms of post-traumatic stress and functional impairment after a highly traumatic event are diagnosed as having acute stress disorder (ASD) for the first 30 days following the event. Most people recover completely within this period. For those who remain symptomatic (at the threshold established by DSM-IV-TR criteria), their diagnosis is then reclassified as PTSD. 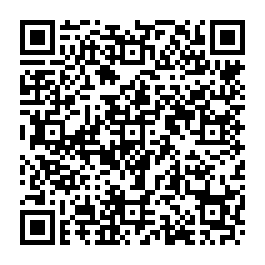