Andexanet alfa (PRT4445, Portola Pharmaceuticals) to the anticoagulant effects of the new oral factor Xa inhibitors reversed the effects of one such agent,apixaban (Eliquis, Bristol-Myers Squibb/Pfizer), by >90% within two minutes of an initial IV bolus and maintained that level throughout a two-hour infusion[1].

Antidotes to the new generation of oral factor Xa inhibitors, of which none are yet available, would be valued for managing otherwise uncontrolled bleeding. The search for one is among the most closely watched areas of cardiology research.

The new findings were from a comparison of six persons given the agent (tentatively named andexanet alfa pending possible approval) and three controls who received placebo, Portola announced in a press release. They were part of a phase 2 study that randomized 54 volunteers, with double-blinding, to receive 5 mg apixaban twice daily followed by andexanet alfa at any of several dosages and infusion times. The reported results were for the highest tested bolus dose, 420 mg. There have been no safety issues, the company said.

Portola said it presented some of these findings at the recent 2013 Congress of the International Society on Thrombosis and Hemostasis .

The company also said it has andexanet alfa phase 1 and phase 2 safety data from "over 65 healthy volunteers" showing no thrombotic events and no apparent antibodies against andexanet alfa or endogenous factor Xa or factor X.

Its new statement said it plans to launch pivotal studies in 2014 to support andexanet alfa applications to theFDA. 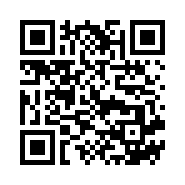