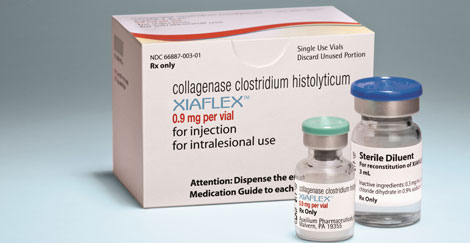 The U.S. Food and Drug Administration today approved a new use for Xiaflex (collagenase clostridium histolyticum) as the first FDA-approved medicine to treat men with bothersome curvature of the penis, a condition known as Peyronie’s disease.

Xiaflex is the first FDA-approved non-surgical treatment option for men with this condition, who have a plaque (lump) in the penis that results in a curvature deformity of at least 30 degrees upon erection.

Peyronie’s disease is caused by scar tissue that develops under the skin of the penis. This scar tissue causes an abnormal bend during erection and can cause problems such as bothersome symptoms during intercourse.

“Today’s approval expands the available treatment options for men experiencing Peyronie’s disease, and enables them, in consultation with their doctor, to choose the most appropriate treatment option,” said Audrey Gassman, M.D., deputy director of the Division of Bone, Reproductive and Urologic Products in the FDA’s Center for Drug Evaluation and Research.

Xiaflex is a biologic medicine (made from the protein product of a living organism, collagenase clostridial histolyticum). Xiaflex was first approved by the FDA in 2010 for the treatment of Dupuytren’s contracture, a progressive hand disease that can affect a person’s ability to straighten and properly use their fingers. Xiaflex is believed to work for Peyronie’s disease by breaking down the buildup of collagen (a structural protein in connective tissue) that causes the curvature deformity.

A treatment course for Peyronie’s disease consists of a maximum of four treatment cycles. Each treatment cycle consists of two Xiaflex injection procedures (in which Xiaflex is injected directly into the collagen-containing structure of the penis) and one penile modeling procedure performed by the health care professional.

The safety and effectiveness of Xiaflex for the treatment of Peyronie’s disease were established in two randomized double-blind, placebo-controlled studies in 832 men with Peyronie’s disease with penile curvature deformity of at least 30 degrees. Participants were given up to four treatment cycles of Xiaflex or placebo and were then followed 52 weeks. Xiaflex treatment significantly reduced penile curvature deformity and related bothersome effects compared with placebo.

When prescribed for the treatment of Peyronie’s disease, Xiaflex is available only through a restricted program under a Risk Evaluation and Mitigation Strategy (REMS) because of the risks of serious adverse reactions, including penile fracture (rupture of one of the penile bodies within the penile shaft, also known as corporal rupture) and other serious penile injury. Xiaflex for the treatment of Peyronie’s disease should be administered by a health care professional who is experienced in the treatment of male urological diseases. The REMS requires participating health care professionals to be certified within the program by enrolling and completing training in the administration of Xiaflex treatment for Peyronie’s disease. The REMS also requires health care facilities to be certified within the program and ensure that Xiaflex is dispensed only for use by certified health care professionals.

The most common adverse reactions associated with use of Xiaflex for Peyronie’s disease include penile hematoma, penile swelling and penile pain. 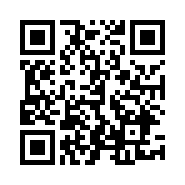