Can mirtazapine be used for appetite stimulation in cancer patients?

Mirtazapine is a tetracyclic antidepressant approved by the US Food and Drug Administration for the treatment of major depressive disorder. [1]It is known to cause appetite stimulation and weight gain at standard treatment doses.

Although such side effects may be unwanted in the general population, the possibility of increased appetite and weight gain is attractive for some cancer patients. It is estimated that up to one half of cancer patients experience some degree of cachexia. [3]Cancer cachexia is defined as "a multifactorial syndrome defined by an ongoing loss of skeletal muscle mass (with or without loss of fat mass) that cannot be fully reversed by conventional nutritional support and leads to progressive functional impairment." [4]

Pharmacologic options are limited and not well supported by clinical trials. Glucocorticoids and megestrol are 2 such options; however, there is no gold-standard treatment for this potentially debilitating syndrome.

Two studies have assessed mirtazapine for appetite stimulation in cancer patients. In 2002, investigators conducted an open-label, crossover pilot study of mirtazapine 15 and 30 mg in 20 cancer patients with cancer-related distressing symptoms, including eating-related symptoms. [5]No significant differences were demonstrated in self-rating scores for nausea or appetite symptoms, although responses to those items trended toward improvement from baseline to the end of the study (week 7). There was a statistically significant increase in weight at weeks 4 (average, 2.6 lb) and 7 (average, 2 lb), independent of the dose received.

On the basis of the positive, albeit modest, findings from this pilot study, an 8-week open-label phase 2 trial was conducted in 2010. To control for potential confounding of an antidepressant effect on improvements in weight, this trial excluded patients with symptoms of depression. Twenty-four percent of patients (4 of 17) met the primary endpoint of ≥ 1 kg weight gain by the end of week 4. Of the 4 patients who gained weight, all had improvements in self-reported appetite. At the end of the study, 3 of those patients continued to gain weight.

It should be noted that attrition was high. Of the 17 original patients, only 7 completed up to 4 weeks, and only 5 patients completed 8 weeks of treatment; 2 of these patients discontinued owing to drug-related side effects, and 2 died of progressive cancer. Although the attrition rate was high, the study met its predefined mark (≥ 20% or more patients had ≥ 1 kg improvement in weight gain at week 4) to warrant further investigation in larger randomized trials. [2]

The available data are promising but sparse. For patients experiencing chemotherapy- or cancer-related weight loss that is resistant to nutritional interventions, the unlabeled use of mirtazapine for appetite stimulation may be considered with caution. Until further evidential support, reserve such consideration for patients with cachexia who would also benefit from its labeled indication weighed against the other existing pharmacologic options (eg, megestrol, glucocorticoids). 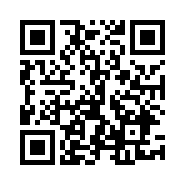