ABSTRACT: Endometriosis is a debilitating condition in women that results in chronic painful symptoms and infertility. Endometriosis, which is caused by the presence of endometrial tissues outside the uterus, occurs predominantly in women of reproductive age. However, adolescents and postmenopausal women also can develop it. Symptoms include pelvic pain, lower-back pain, dysmenorrhea, and dyspareunia. Treatment consists of drugs, surgery, or both, depending upon the severity of the symptoms. Combined hormonal contraceptives, progestins, gonadotropin-releasing hormone analogues, danazol, and nonsteroidal anti-inflammatory drugs are current pharmacologic options for pain management. These agents are effective for alleviation of pain, but they fail to prevent disease recurrence. Consequently, other therapeutic alternatives are needed for long-term benefit.

Endometriosis is a chronic, recurrent disease caused by the extrauterine presence of endometrial tissues.1 Commonly identified in the pelvic peritoneum, the ovaries, and the septum between the rectum and the vagina, endometriosis also can occur in other organs. This estrogen-dependent condition primarily affects women of reproductive age (approximately 10% of this population), but also occurs in adolescents and in postmenopausal women.2

Several mechanisms have been suggested for the etiology of endometriosis; however, no well-defined cause has been identified. Retrograde menstruation is believed to be the most important factor in the development of endometriosis.1 According to this theory, backward flow allows menstrual tissue to enter the peritoneal cavity and get implanted in the abdominal area; however, although 90% of women have retrograde menstruation, endometriosis does not develop in all cases. According to another premise (celomic metaplasia theory), celomic epithelium has the ability to transform into endometrial tissue. Other proposed mechanisms include transport of endometrial tissues via lymphatic ducts and blood vessels, differentiation of progenitor cells from bone marrow into endometrial tissues, and involvement of immunologic processes.1

Risk factors associated with endometriosis include early menarche, late menopause, blockage of menstrual discharge, low birthweight, and exposure to exogenous hormonal agents.1,2 Endometriosis can be diagnosed and staged with certainty through surgical visualization; however, other than extent of disease, staging is not a good indicator of symptoms or response to therapy.1,2

Endometriosis is sometimes asymptomatic, but it can also cause pain symptoms and infertility.1 (Infertility treatment, which may require surgery, medications, and assisted reproductive techniques, has been covered elsewhere.1,2) Pain-related symptoms include chronic pelvic pain, dysmenorrhea, dyspareunia, lower abdominal pain, dyschezia, and lower-back pain. Pain management may require surgery, drug therapy, or both. Despite these interventions, symptoms of endometriosis generally recur. For this reason, the condition significantly affects quality of life and imposes economic burdens on the patient.1

Agents commonly used in the management of endometriosis-associated pain appear in TABLES 1 and 2.3 First-line agents (TABLE 1) include combined hormonal contraceptives (CHCs; oral, transdermal patch, and vaginal ring) and progestins (depot medroxyprogesterone acetate [DMPA] and norethindrone).3 These agents are considered beneficial, are less expensive, and have fewer adverse effects than other drugs. Nonsteroidal anti-inflammatory drugs (NSAIDs) may be used adjunctively for pain relief.3 In a double-blind, randomized, placebo-controlled study, effects of an oral contraceptive pill (norethindrone/ethinyl estradiol [EE]) were investigated in 100 patients with endometriosis-associated dysmenorrhea for four cycles.4 There was a significant decrease in baseline pain scores for the CHC group versus the placebo group, suggesting that CHC therapy is an effective treatment option for dysmenorrhea.

CHC Versus Gonadotropin-Releasing Hormone (GnRH) Analogue:In a comparison of the GnRH analogue leuprolide administered IM (along with a hormonal add-back oral agent, norethindrone) versus a continuously administered oral form of CHC for 48 weeks, both treatment groups had significantly reduced pain scores.6 The two treatment options were equivalent in the extent of pain reduction.6

In a prospective, double-blind study, patients with mild endometriosis received luteal-phase oral dydrogesterone (40 or 60 mg) for 6 months.8 Pain scores were significantly reduced only with the higher dose, an effect still noted upon 12-month follow-up. In another study, dienogest-mediated pain reduction was comparable to that of the GnRH analogue triptorelin IM (not available in the United States).9 Frequencies of adverse events were similar between treatment groups.

Patients with endometriosis and moderate-to-severe pain were treated for 1 year with either IM DMPA (150 mg/3 months) or a monophasic COC (desogestrel 0.15 mg/EE 0.02 mg) plus danazol (50 mg/day po) for 21 days of a 28-day menstrual cycle.10 After 1 year, 72% of DMPA patients versus 57% of COC + danazol patients were satisfied with outcomes. A marked reduction in pain scores was reported in both groups. However, at 12-month evaluation, COC + danazol patients had greater frequency and severity of dysmenorrhea.10

In another study, endometriosis patients were treated with a levonorgestrel-releasing intrauterine system (LNG-IUS) following laparoscopic surgery to determine its effect on dysmenorrhea frequency and severity; another group underwent operative laparoscopy only.11 Recurrence of moderate and severe dysmenorrhea 1 year after surgery in postoperative LNG-IUS and surgery-only patients was 10% and 45%, respectively.11 LNG-IUS patients were satisfied with the outcome.

In a double-blind, randomized, controlled trial, subjects who underwent laparoscopic surgery for endometriosis were divided into two groups: 28 received LNG-IUS, and 27 were designated controls. Compared with controls, the LNG-IUS group had greater reductions in dysmenorrhea and pelvic pain according to the visual analogue scale (VAS).12 According to the VAS, dyspareunia was comparable between groups.12 Within 1 year following surgery, 7% and 39% of LNG-IUS and control subjects, respectively, had recurrent dysmenorrhea.12 In a different study of LNG-IUS and DMPA, both therapies effectively controlled recurrence and symptoms of endometriosis in postoperative patients.13 Compliance was higher in the LNG-IUS group (13/15) versus the DMPA group (7/15). At 3 years, bone gain was observed in LNG-IUS patients, whereas DMPA patients exhibited bone loss.13

Effects of IM leuprolide acetate suspension (3.75 mg) were examined in a randomized, double-blind, placebo-controlled study involving 57 endometriosis patients.14 Pelvic tenderness, pelvic pain, and dysmenorrhea were markedly relieved by GnRH analogue therapy. For example, dysmenorrhea frequency was significantly decreased (96% vs. 6%) after 6 months of leuprolide treatment.14 In a prospective, double-blind trial, IM triptorelin for 6 months in 24 subjects significantly reduced pelvic tenderness compared with placebo in 25 subjects.15 Triptorelin reduced the average area of endometriosis by 45%, with no change in the placebo group.15 In a different study, patients with laparoscopically diagnosed endometriosis received either intranasal (IN) nafarelin (400 mcg twice daily) or oral danazol (200 mg thrice daily) for 6 months. The frequency of moderate-to-severe symptoms decreased from 82% to 11% in the nafarelin group, versus an 80% to 10% reduction in the danazol group.16

In a multicenter, randomized, evaluator-blinded trial, 274 patients with endometriosis were treated with either IM leuprolide (11.25 mg) or SC DMPA (104 mg), each administered every 3 months for a total of 6 months. There were no significant differences between the treatment groups in reduction of dysmenorrhea, dyspareunia, pelvic pain, and pelvic tenderness.17 In an open-label study of 44 subjects with confirmed endometriosis, 22 underwent treatment with LNG-IUS and the rest received a monthly injection of IM leuprolide (3.75 mg) for 6 months.18 At the end of 6 months, both therapies resulted in a significant reduction in pain score, but there was no statistical difference in improvement between the agents.18 In a different trial, patients undergoing laparoscopic surgery for endometriosis received either IN nafarelin (200 mcg twice daily) or placebo for 6 months.19 An important goal of this study was to determine the time to start alternative therapy for the condition. Nafarelin therapy increased the median time to start alternative therapy (>24 months vs. 12 months for placebo), and alternative therapy was required by 31% of nafarelin patients (15/49) versus 57% (25/44) of placebo patients.19

In a prospective, double-blind, randomized, controlled trial, 59 patients with endometriosis received oral danazol (200 mg thrice daily), oral medroxyprogesterone acetate (MPA; 100 mg daily), or placebo for 6 months. Both danazol and MPA significantly alleviated endometriosis-associated back pain, lower-back pain, and pain during defecation, with no difference between agents.20 In a separate study, postoperative endometriosis patients were treated with danazol or MPA (same dosage and study duration).21 Again, danazol and MPA alleviated pelvic pain versus placebo.21 Another trial compared the effects of danazol and depot leuprorelin acetate administered for 6 months in 81 subjects with endometriosis. Both agents significantly alleviated pain and endometrial lesions, with no significant between-group differences.22 Danazol was poorly tolerated, and adverse events caused about 18% of subjects to withdraw from the trial.

Eighty-two patients with rectovaginal endometriosis were treated with oral letrozole (2.5 mg/day) and oral norethindrone acetate (2.5 mg/day) or oral norethindrone acetate (2.5 mg/day) alone for 6 months. Chronic pelvic pain and dyspareunia were significantly lessened in patients receiving combination therapy.23 Pain symptoms, however, returned after therapy completion. Similar results were reported in another study, in which 15 patients with refractory endometriosis and pelvic pain received oral anastrozole and a CHC (levonorgestrel/EE) for 6 months.24 All but one patient had a significant reduction in pain score, and estrogen production was suppressed.25 From these findings, aromatase inhibitors appear to be a therapeutic option for endometriosis, and large-scale clinical studies are warranted.

Despite widespread use of NSAIDs for endometriosis-associated pain, clinical trials do not support any beneficial effect from this drug class. For example, in a double-blind, four-period, crossover trial, oral naproxen (275 mg four times daily) was compared with placebo in 20 women with endometriosis-associated moderate-to-severe pain.26 No statistically significant difference was observed between naproxen and placebo in relief of pain. Most likely, these agents reduce the inflammatory component of the condition.

Infliximab, a tumor necrosis factor-alpha antibody approved for treating a variety of inflammatory conditions, was found not to differ from placebo in alleviating endometriosis-related pain.27 Patients who underwent conservative surgery for endometriosis were treated for 3 months with the oral immunomodulating agent pentoxyfilline.28 Pain scores were significantly improved following treatment at 2- and 3-month follow-up. Treatment with the oral progesterone antagonist mifepristone (50 mg/day) for 6 months improved pelvic pain and cramps in endometriosis patients.29 There was also a regression of endometrial tissue by approximately 50%.29

Drug classes discussed in this article are equivalent in pain management. Because of the recurrent nature of endometriosis, however, these agents fail to provide long-term benefits to patients. The unraveling of different cellular and molecular pathways in the disease process will help scientists design and develop novel drug molecules for prevention and long-term benefit. 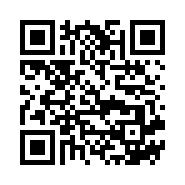