ABSTRACT: The Eighth Joint National Committee report (JNC 8) was released in 2013 and is now serving as a guideline to therapy for patients with hypertension. An expert panel developed JNC 8, and primary literature was used to form nine recommendations regarding the treatment of hypertension as well as blood pressure goals for various patient populations. This continuing education (CE) article will address how JNC 8 was developed and will provide the recommendations made by the expert panel. This CE will also compare JNC 8 to other guidelines used for the treatment of hypertension.

Hypertension (HTN), or high blood pressure, is one of the most common medical conditions affecting the U.S. population; about one in three U.S. adults is diagnosed with hypertension, yet only 47% of them are within guideline-defined goals.1

Previous recommendations for the treatment of HTN in adults came from the Seventh Joint National Committee report (JNC 7).2 These guidelines were published in December 2003 and have been the backbone of pharmacotherapy for HTN. Comparing the changes from JNC 7 to JNC 8, released in 2013, reveals many differences.3 One of the first striking variances is the length of material presented: JNC 7 has approximately 46 pages with 386 references versus JNC 8’s 14 pages with 45 references. This discrepancy manifests the way that JNC 8 was developed. JNC 8 is based on answering the following three key questions3: In adults with HTN, does initiating antihyper-tensive pharmacologic therapy at specific BP thresholds improve health outcomes? In adults with HTN, does treatment with antihypertensive pharmacologic therapy to a specified BP goal lead to improvements in health outcomes? In adults with HTN, do various antihypertensive drugs or drug classes differ in comparative benefits and harms on specific health outcomes?

The JNC 8 guidelines were developed solely to answer these questions, and the authors used specific methods and search criteria.3 Additionally, the new guidelines did not address diagnosis or lifestyle modification; therefore, previous recommendations from JNC 7 are still in place.2,3 Additionally, JNC 7 was a nonsystematic literature review and expert opinion; used any range of study designs; and contained no grading system for the recommendations.

The JNC 8 guidelines differed from the previous method by establishing set definitions on included trials, a grading system for the evidence, and a systematic method to review the data included.3

The review of evidence for JNC 8 was a systematic review of available trials over the past several decades. The search for articles relating to each question was completed in seven databases including PubMed from January 1966 to December 2009 and the Cumulative Index to Nursing and Allied Health Literature (CINAHL) from January 1998 to July 2008. Other databases included were Excerpta Medical database (EMBASE), PsychInfo, Evidence-based Medicine Cochrane Libraries, Biological Abstracts, and Wilson Social Sciences Abstracts.3,4

Articles considered for review were required to be either randomized, controlled trials or systematic reviews and meta-analyses of randomized, controlled trials with a follow-up period of at least 1 year. The outcomes of the primary literature were focused on the effects of the intervention on any of the following: health outcomes of overall mortality, cardiovascular disease–related mortality, chronic kidney disease (CKD) mortality, myocardial infarction, heart failure, hospitalization for heart failure, stroke, coronary or other revascularization, end-stage renal disease, and doubling of serum creatinine level or decrease in glomerular filtration rate by half.3,4

After December 2009, an additional two searches of PubMed and CINAHL were completed from December 2009 to August 2013 with the same MeSH terms as the original search to include any newer published articles. Stricter criteria, in addition to previous search parameters, were developed for newer articles to be included in the data review. The new criteria included the following: a study size of 2,000 participants or more, being multicentered, and being a major study with a focus in HTN, similar to ACCORD-BP.5 Owing to low event rates in ACCORD, the larger study size was chosen under the belief that larger sample sizes are needed to collect interpretable data. No additional articles were included based upon this search.3-5

Results of Evidence and Recommendations Review of the Algorithm

Compared to JNC 7, JNC 8 has a less prescriptive treatment algorithm, allowing clinicians to use professional judgment and a patient-centered approach in choosing drug therapy to treat HTN.2,3 The initial step of the algorithm is determination of treatment goals, which are based on patient age and the presence or absence of diabetes or CKD.3

The next step of the algorithm is selection of initial therapy. Patients are divided based on the presence or absence of CKD. For patients who are nonblack without CKD, first-line agents are thiazide-type diuretics, angiotensin-converting enzyme inhibitors (ACEIs), angiotensin receptor blockers (ARBs), and calcium channel blockers (CCBs), alone or in combination. Initial treatment for black patients without CKD should include a thiazide-type diuretic or CCB; again, alone or in combination. Finally, in JNC 8, the only disease state that has specific drug-therapy recommendations is CKD for all patients, where an ACEI or ARB is recommended as initial treatment in order to improve kidney outcomes.3

After initial drug selection, titration is based on three modalities. The first modality is to maximize the initial monotherapy; the second is to add a second medication prior to maximization of the initial therapy; and the third is to start with two medication classes concomitantly. Table 5 in the JNC 8 guidelines describes the strategies in more detail. This process should continue until blood pressure goal is achieved. In addition to drug-therapy adjustments, lifestyle modifications should be reinforced throughout the process. If a patient’s blood pressure fails to maintain goal, the clinician should reenter the algorithm.3

Comparison to Other Guidelines

There are multiple guidelines and advisory statements accepted as resources for blood pressure goals and drug-therapy choices for patients with HTN. A comparison of treatment goals from commonly referenced sources is shown in TABLE 2, although this is not a complete list of guidelines or advisories available.2,3,23-27 Unlike JNC 7, JNC 8 is not sanctioned by the National Heart, Lung, and Blood Institute (NHLBI), and JNC 7 remains the last HTN treatment guideline with its endorsement.2 For most adults, a blood pressure goal of <140/90 mmHg appears to be consistent across multiple guidelines. Both JNC 8 and the American Society of Hypertension/International Society of Hypertension (ASH/ISH) recommend less stringent blood pressure goals for older adults but use different age categories, with JNC 8 using a higher goal for patients aged >60 years and ASH/ ISH using it for patients aged >80 years.3,23

JNC 8 and ASH/ISH both recommend a blood pressure goal of <140/90 mmHg for patients with diabetes.3,23 In addition to being a higher goal than that of JNC 7, it is also higher than the blood pressure goals outlined in the 2014 American Diabetes Association’s (ADA) standards of medical care, which sets a blood pressure goal of <140/80 mmHg.2,25 However, the 2015 ADA Standards of Medical Care changed the diastolic goal back to 90 mmHg for most patients to better reflect data from clinical trials.26 A lower diastolic goal of 80 mmHg may still be used for selected patients, such as younger individuals.26

Initial drug-therapy recommendations for JNC 8 are based on race and the presence of CKD.3 Unlike other guidelines, JNC 8 gives no specific recommendations based on the presence of other compelling indications; therefore, therapy is patient-centered and the clinician may select among a thiazide-type diuretic, CCB, ACEI, or ARB. Disease state–specific guidelines should be taken into consideration. For example, the ADA standards of medical care still recommends selecting an ACEI or ARB for patients with diabetes and HTN, while JNC 8 does not make this distinction.3,25,26 Of note, one of the current Medicare star-rating performance measures is the percentage of patients with diabetes and HTN who are being treated with a renin-angiotensin system antagonist, specifically an ACEI or ARB, per the ADA recommendations.28 It is unclear at this time what the implications of the mismatch between the ADA and JNC 8 will be for this measure.3,25,28

The JNC 8 differs from previous guidelines in its approach to the review of available evidence and trials to provide systematic and evidence-based recommendations. The nine recommendations made in JNC 8 were designed to answer the three primary questions regarding when to start treatment, what the goal of therapy is for a patient, and what treatment to choose for initial and add-on therapy. These updated guidelines encourage a more patient-centered approach to therapy selection and allow more integration of disease-specific guidelines by no longer offering competing recommendations on therapy or goals. 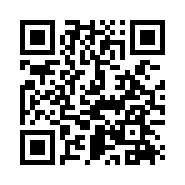