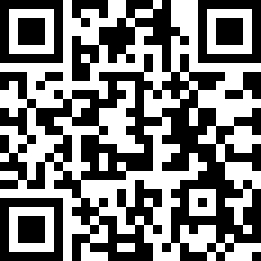 The mix of oral bacteria differs in individuals with different risks for pneumonia, Samit Joshi, DO, MPH, a fellow in infectious diseases at the Yale School of Medicine in New Haven, Connecticut, reported here at the Infectious Diseases Society of America (IDSA) 49th Annual Meeting.

In a prospective study, Dr. Joshi and his team found that the oral microbial profiles are different between community-dwelling adults and adults at higher risk for pneumonia, and that intubated patients who developed pneumonia had profiles that were distinct from those who did not develop it.

Oral bacteria are thought to play a role in the risk of developing pneumonia. The Human Microbiome Project has identified more than 600 bacterial species in the oral cavity using 16S ribosomal (r)RNA sequencing. Dr. Joshi explained that it has not been known whether there is a relation between changes in the oral microbiome and the risk of developing pneumonia, so he and his colleagues investigated the oral microbial profiles of 3 distinct groups of individuals — community dwellers, nursing-home residents, and critically ill patients on mechanical ventilators.

Study participants were at least 18 years of age. Anyone with clinical or radiographic evidence of acute respiratory infection at baseline was excluded.

Community dwellers could not have taken an antibiotic in the previous 3 months and could not have a chronic medical condition involving the lung that required regular medical therapy. Nursing-home residents had to be 65 years or older, in the facility for at least 1 month, and had to have a life expectancy of at least 3 months. Mechanically ventilated patients had to be intubated for at least 72 hours and have a life expectancy of at least 1 month.

Samples taken from the palate, buccal mucosa, tongue, and gingival crevice were subjected to 16S rRNA sequencing. The sequences, stored in the Ribosomal Database Project, were compared to classify the microbes by biologic taxa.

The dominant taxa in the oral cavity belonged to the Streptococcaceae family, but these organisms made up different proportions of the oral bacteria in the 3 populations: 65% in community dwellers, 43% in nursing-home residents, and 33% in ICU patients on ventilators (P = .02 for ventilator patients vs community dwellers).

"We found that as the risk for pneumonia increased in healthy adults in the community, nursing-home residents, and hospitalized patients on mechanical ventilators, certain types of bacteria living in mouths decreased," Dr. Joshi reported at a news conference. "In adults who did develop pneumonia, other disease-causing bacteria in the mouth actually increased days before the development of pneumonia."

In the 3 subjects in the ICU who developed pneumonia, the researchers noticed increases in members of the Enterococcaceae, Mycoplasmataceae, and Micrococcaceae families. These patients had a significantly smaller proportion of Streptococcaceae at baseline (7%), compared with ICU patients who did not develop pneumonia (49%; P = .02).

Dr. Joshi predicted that findings of this sort will have implications for the prevention of pneumonia in the future "by maintaining the composition of bacteria that live inside our mouths or by maintaining our local immune defense mechanisms."

David Relman, MD, professor of medicine and microbiology at Stanford University in Palo Alto, California, and vice president of the IDSA, noted that he finds the research exciting because it is possible that "our microbial communities can be markers of what our own human physiology is all about and where our health is headed; in other words, microbial communities can be used as markers of impending disease."

He noted that what Dr. Joshi and colleagues saw is an association that does not make a causal link between the different oral microbial profiles and the development of pneumonia. "Regardless, I think there is value in understanding these novel kinds of markers of human health and disease," he said.

Dr. Joshi agreed that causality had not been shown, and the researchers did not determine the causative organisms of the cases of pneumonia, which was left up to the patients' own physicians. But he said they did see increases in bacteria that are typically associated with the kinds of pneumonia observed.

The study had no commercial funding. Dr. Joshi and Dr. Relman have disclosed no relevant financial relationships. 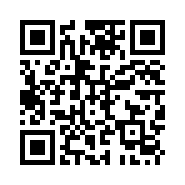