People Who Postpone a Snack Craving Have Less Desire for It; Eat Less Over Time, Study Finds

Got a craving for chocolate ice cream, greasy chips, or something else that you're trying not to eat?

People who postpone a snack they crave actually desire it less and are able to delay eating it, says researcher Nicole Mead, PhD, an assistant professor at Catolica-Lisbon School of Business and Economics in Portugal.

What's more, they then eat less of that food over the next week, she has found.

One key? Postponing has to be to some vague time in the future.

"When you postpone to some indefinite time in the future, the desire for the food actually decreases," Mead says. She presented her findings at the annual meeting of the Society for Personality and Social Psychology in San Diego.

When a craving hits, people often think they have two choices, Mead says: giving in or resisting.

"If you give up, you are usually feeling guilty," she says. If you resist, you often feel deprived and ''you might overindulge later on."

"We propose a third option: To say to yourself, 'I can have it later.'"

Postponing vs. Not: The Studies

In one study, she invited 99 men and women to watch film clips. She put a bowl of candies in front of each participant. The participants weren't told what the researchers were actually studying. She assigned them to one of three groups:

After the film clip viewing, Mead asked the participants unrelated questions, such as whether the temperature in the room was OK, again to throw them off.

Then she told all of them it was OK to eat the candies. The participants weren't told that the researchers were going to measure how much candy they ate.

The group told not to eat the candies while watching the film ate the most, about a third of an ounce. Those told to eat freely and those asked to postpone each ate about half that amount. The postponing group ate a little less than the eat-freely group.

"We also measured chocolate consumption over one week," Mead says. The postponing group ate chocolate candy only once during the week after the experiment. The group told to eat freely ate it three times. The group told not to eat it at the film viewing ate it about four-and-a-half times.

Mead wanted to see if she would get the same results if she allowed people to choose their strategy. She gave 105 high school students in the Netherlands, average age 15, each a bag of chips. They were randomly assigned to an eating strategy or told to choose their own.

The postponing group ate the least amount of chips, whether they were assigned to that group or chose it, Mead found.

Postponing: Why It May Work

The postponing gives the mind a cooling-off period, Mead says. It may also take you out of conflict mode, torn between feeling guilty and feeling deprived.

However, she believes the postponement must be nonspecific. Not "I'll have that candy at 3 p.m.," but "I'll have the candy later if I want it."

The key may be postponing without telling yourself when, says Brian Wansink, PhD, John S. Dyson professor of marketing at Cornell University. He is a long-time researcher on eating behavior.

He wasn't involved in the Mead study, but he tested the postpone strategy some years ago.

He told people to postpone to a specific time, and he gave up on that research, he tells WebMD. "It worked OK for people who weren't that eager to have a food," he says. But it didn't seem to combat strong cravings.

Some participants, he remembers, were then watching the clock and thinking of nothing else but the food they craved.

Mead's strategy of postponing to some undefined time in the future, he says, might work well for those who want to watch their weight and avoid certain foods. During postponement, he says, they may actually substitute a healthier food.

This study was presented at a medical conference. The findings should be considered preliminary as they have not yet undergone the "peer review" process, in which outside experts scrutinize the data prior to publication in a medical journal. 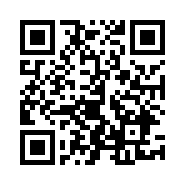