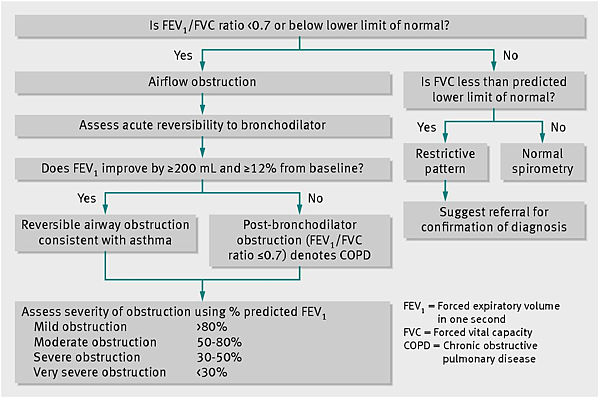 What are the likely diagnoses?

It is essential to demonstrate the physiological features of asthma and to assess its severity, rather than assume that recurrent breathlessness is due to asthma. Treatment without a definite diagnosis risks unnecessary side effects and costs and may fail to identify and address the real issue.

This history may sound “classic” for asthma, but it is crucial to appraise exercise related symptoms carefully as several other important causes of exertional dyspnoea should be considered.

Stridor and dyspnoea may not be related to exercise, and may be associated with difficulty in phonation (of sudden onset and offset), and sometimes with a spectrum of psychosocial disorders

Exercise induced laryngeal dysfunction is a type of vocal cord dysfunction where partial closure of the vocal cords occurs during intense exercise. Exercise induced laryngeal dysfunction is more common in highly trained female athletes, in some clinical series affecting 5–10% of subjects referred for respiratory testing during exercise. Although symptoms and lung function abnormalities of this partial cord closure may vary, it can cause stridor and flattening of the inspiratory flow-volume curve on the spirometric trace

Careful questioning is important, especially to elicit the characteristic features of stridor and hoarseness, and a poor response to bronchodilators and preventive treatments for asthma. Chronic obstructive pulmonary disease (COPD) may be difficult to distinguish from asthma, especially in current or former smokers

COPD and asthma can coexist, in which case the term “mixed airways disease” or “overlap syndrome” is often used

Longstanding asthma may evolve in adult life into a syndrome of fixed airflow limitation with poor response to short acting β agonists. This is more prevalent with age but may be as high as 30% of all people with asthma over the age of 50

Electrocardiography and echocardiography should be performed whenever there is a cardiac murmur, abnormal cardiac silhouette, or hilar vasculature on chest x ray, or hypertension or hypotension.

If asthma is suspected, ask about triggers such as common inhaled allergens, exercise, and colds, and take an occupational history to identify triggers or potential sensitisers at work, such as timber dusts, spray paints, or baker’s flour.

What is the next investigation?

Patterns of physiological abnormalities such as restrictive or obstructive lung disease are recognisable with spirometry, but further investigations are required for confirmation of the disease process. Abnormal spirometry findings can occur in up to 24% of otherwise healthy patients due to the limitations of current reference equations, but a low FEV1/FVC ratio (even with a normal FEV1) is predictive of morbidity and mortality (see box 2 for definitions of terms).

Many compact and reliable spirometers are now available for use in general practice, with a wide choice of reference values in their inbuilt software (box 2).

The presence of ventilatory abnormality can be inferred if any combination of these is below expected values or if the flow-volume curve shape is abnormal
% predicted—Spirometry parameters are evaluated by appropriate reference values determined from the patient’s sex, age, height, and ethnicity

What other tests should you do?

If spirometry is normal consider referral for bronchial provocation testing with an indirect agent such as mannitol or hypertonic saline or with direct agents such as histamine and methacholine. Indirect tests have 75–90% sensitivity for current asthma. Direct testing with histamine or methacholine also indicates the presence of airway hyper-responsiveness, which, with a consistent history, will assist in confirming the diagnosis. Finally, specific tests such as a eucapneic hyperventilation challenge, which mimics exercise through hyperventilation and is performed in specialist laboratories, can be particularly helpful when a conventional bicycle or treadmill exercise test does not provoke exercise induced bronchoconstriction, as is often the case in athletes and relatively fit adults. A ≥15% fall in FEV1with conventional exercise test or eucapneic hyperventilation challenge has 100% specificity for exercise induced bronchoconstriction.

Skin prick testing, measurement of total IgE concentration, or radioallergosorbent test (RAST) is helpful to identify atopic subjects and specific allergen sensitivity, and may help a clinician determine best advice regarding allergen avoidance. It is important to review a chest x ray if there is uncertainty about an asthma diagnosis. 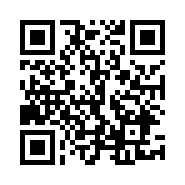