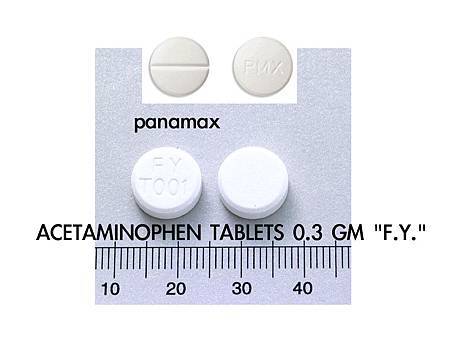 Prescribers and patients often voice concerns about the safety and efficacy of generic drugs that are substituted for brand-name drug products. Love 'em or hate 'em, they are with us to stay. The US Food and Drug Administration (FDA) approves a generic substitute if it has proven to be "identical, or bioequivalent, to a brand-name drug in dosage form, safety, strength, route of administration, quality, performance characteristics, and intended use."[1]

The FDA's Orange Book provides the latest information on generic approvals. Approved generic agents have been demonstrated to have therapeutic equivalence -- although many providers have questioned whether that equivalence extends to all patients and all clinical scenarios. Jenny Van Amburgh, PharmD, an associate clinical professor of pharmacy at Northeastern University in Boston, Massachusetts, reminded prescribers in a previous discussion on Medscape that generic products are only compared with their brand-name products and not with generics made by other manufacturers.

Drugs that are known to exhibit a narrow therapeutic index (NTI), including levothyroxine, warfarin, phenytoin, and digoxin, are of greatest concern. Switching between generic NTI products made by different manufacturers may require particular vigilance to recommended monitoring.

James Lindon, PharmD, PhD, JD, in an earlier article on Medscape, noted that the product liability law applied to prescription drug products usually only requires the manufacturer to disclose "adequate warning and instruction" to the prescriber or dispenser. There may be no duty for the drug product manufacturer to warn the patient.[2] In contrast, the prescriber and pharmacist may have a duty to counsel the patient when a particular generic product is prescribed or selected by the pharmacy. Laws regarding substitution vary by state.

What if the generic substitution is required by a patient's insurance carrier? Or the switch to a generic drug from a different manufacturer is made at the pharmacy and the prescriber is not aware of it? Is the prescriber liable? Prescribers may not know which generic product was dispensed at the pharmacy or why that agent was chosen. They may not be aware of any concerns about the product selected.

We asked our prescribing readers to participate in a survey describing their experience with generic agents and their opinions on the appropriateness of their use. Here is what they had to say.

Over 1400 physicians (64% of the sample), nurse practitioners (32%), and physician assistants (4%) completed the survey. Respondents were fairly equally divided in their practice settings. Approximately 27% indicated that they practiced in a private primary care practice, 27% in a private specialty practice, and 27% in a nonprivate clinic (hospital, federally qualified health center, or public health); the remaining 19% were hospital-based (emergency medicine or hospitalist). The respondents were an experienced bunch: More than one half -- 56% -- had been in practice for over 16 years. An additional 16% reported 6-15 years' experience. Only 8% reported practicing for 2 years or less.

How Frequent Are Generic Substitutions?

We asked whether respondents had been required to make a generic substitution by an insurance carrier in the previous 6 months. Over 70% of respondents indicated that they had indeed been required to make a substitution, compared with 22% who had not. Often that substitution was made without notification of the prescriber. Almost two thirds (62%) of participants indicated that they had not been notified, one quarter (25%) had been notified, and the remainder could not recall.

An overwhelming majority of respondents indicated agreement (26%) or strong agreement (52%) with the statement that a dispensing pharmacy should be required to notify prescribers when making a switch from a brand-name to a generic agent or between generic products made by different manufacturers. Approximately 7% disagreed, and 12% indicated that they did not have an opinion. Dr. Lindon notes that there are pragmatic concerns in implementing prescriber notification about medication substitutions, particularly when changing between generic manufacturers. Multiple pharmacist calls to clinician practices could be cumbersome for both the pharmacy and the prescriber and be potentially disruptive and intrusive. He questions how often a prescriber would find such information useful, object to a change in manufacturer, or request more information about the manufacturer or generic product.

One pediatrician grumbled that insurance companies were "calling the shots" and not notifying providers or patients. However, a pharmacist reader wrote that a change from a brand-name drug to a generic was as often made because of patient requests as because of insurance requirements, with patients citing higher out-of-pocket costs for brand-name medications. A family medicine physician agreed, noting that many patients would not be able to afford medications without lower-cost generic alternatives. Other barriers to the use of brand-name agents cited by our survey participants included requirements for prior authorization, prohibitive paperwork, and potential delays to start of therapy.

The Generic Experience: The Safety Question

We posed the question: Are generics usually just as safe and effective as the corresponding brand-name product? Over one half (55%) of respondents agreed that they were, whereas just over one quarter (27%) disagreed and about 1 in 5 (18%) were neutral. Those percentages were fairly consistent across all experience levels; clinicians new to practice and those in practice for many years shared similar opinions.

Not surprisingly, responses were similar to a question about poor patient outcomes that were perceived to be due to a brand/generic interchange. Approximately one half (49%) of respondents believed the substitution had caused a bad outcome in a patient; in contrast, only 30% indicated that their patients had not had a negative experience. Just under one quarter (23%) had no opinion.

Anecdotally, respondents cited a litany of specific generic products about which they had concerns. Antiepileptic, antithrombotic, and hormonal agents were mentioned most commonly; selective serotonin reuptake inhibitors and other antidepressants were also frequently singled out. One pain specialist voiced specific concern about generic products that contain less active ingredients, noting that "even small variations in effectiveness are readily noticed by patients" and could lead to potential withdrawal symptoms. A psychiatrist noted that sustained-release products were a particular concern. Another related the story of a stable patient who became suicidal after a switch from a brand-name antidepressant.

Several prescribers stated that their concerns regarding the safety of generic products were about fillers and other inert ingredients. Many participants were worried about potential allergies, and one allergist reported that it can be very difficult to track down the inactive ingredients in a particular generic drug. A palliative care physician noted that generic products may use dyes rather than mineral colorants that may result in adverse events. Several participants worried that some generic manufacturers may have less-rigorous production safety controls. And a physician assistant in gastroenterology noted that changes in pill appearance may be confusing for patients. The FDA encourages prescribers to report any adverse events that they suspect may have been caused by a brand/generic switch via the MedWatch program.

Do respondents attempt to limit their patients' exposure to generic products? We asked whether, in the past 6 months, members had specified "dispense as written" for a brand-name product owing to concern about reduced efficacy of a corresponding generic product. Just over one half (52%) of respondents indicated that they had done so, whereas 41% had not attempted to limit the pharmacy's option for generic substitutions. However, many respondents vented that despite specific requests for brand-name products, their patients were dispensed generic agents anyway. A women's health nurse practitioner cited the case of a patient who was dispensed a different generic oral contraceptive with each refill, resulting in substantial breakthrough bleeding, despite numerous requests to allow her to remain on the brand-name product.

Fully three quarters (76%) of respondents agreed that after all costs are considered, generic drug products probably save money or reduce expenditures when they are used. However, one internist ruefully noted that an emergency department visit for a previously well-controlled patient with a seizure canceled out a lot of savings.

How Do Prescribers Respond to Use of Generics?

We asked clinicians whether their medical records specifically documented when generic or brand-name drug products were used by any given patient. Just under one half (48%) indicated that they did make this notation; 28% did not, and 24% voiced no opinion. One psychiatrist noted that this was not a one-size-fits-all response and that the need for documentation "totally depends on the medication."

In a similar vein, we asked our members whether they responded to the use of generic NTI agents by more frequently monitoring their patients who have had these products dispensed. Just under one half (48%) indicated that they did indeed monitor these patients more closely. However, almost 1 in 5 (19%) did not, and one third (33%) stated that they had no opinion.

Given the murky legal waters regarding potential liability with the use of generics, we asked clinicians whether they believed that allowing the use of generic drug products for their patients increased their legal liability. Opinions were split: Similar proportions of respondents indicated that they did not feel they were at increased risk (37%), believed that use of a generic product did increase potential liability (28%), or stated no opinion (35%). Voicing concern about changes in blood pressure, international normalized ratio, angina, and congestive heart disease as a result of use of generics, one internist asked, "Will the insurance company stand with you at your malpractice hearing?"

No drug works if patients don't take it. As one family medicine physician reminded us, if use of a generic removes the barrier of unaffordability and allows a patient to remain on a needed therapy, then that drug is the right one. Another family medicine physician estimated that 60% of his primarily indigent patients did not have prescription drug coverage and, without generics, would go untreated. Rather than use of generics, the switch from a brand-name to generic drug or between generics raised more concerns for many participants. To quote one nurse practitioner, more important than what product is used initially is the consistent use of the same agent. Once a drug is chosen and titrated to achieve the best response for that patient, then that is the one that should be continued.

Several respondents pointed out that ultimately, their opinion on efficacy was not the issue -- their patients often believed that generics were less effective. Perception may be less of a concern with drugs that have a measurable endpoint, such as international normalized ratio or thyroid levels. However, it may be a major factor with agents for which patient report of efficacy, such as less anxiety or pain, is the determinant of effectiveness. The FDA provides consumers with extensive information aboutgenerics; this can be an important resource for clinicians in educating their patients about generic medications. 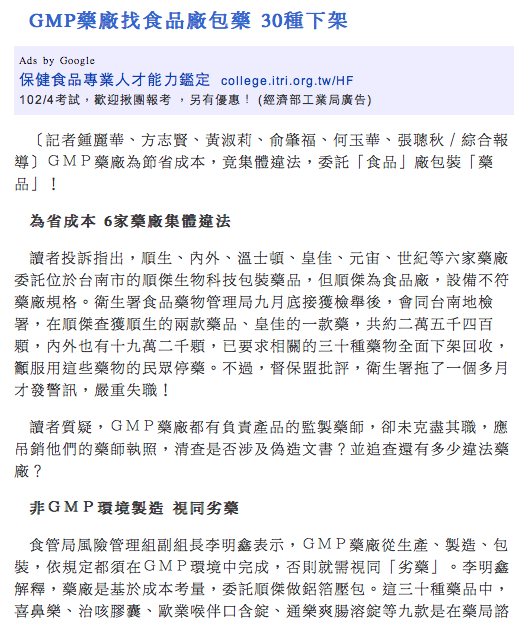 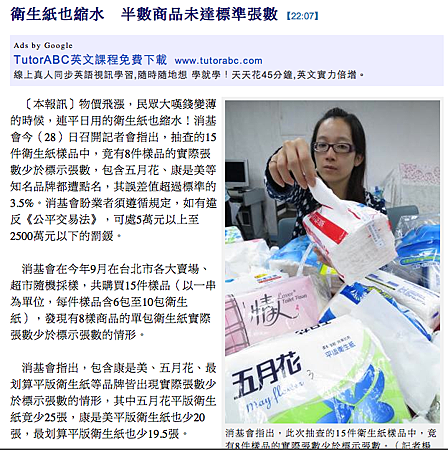 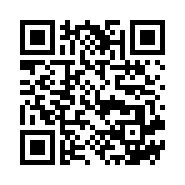