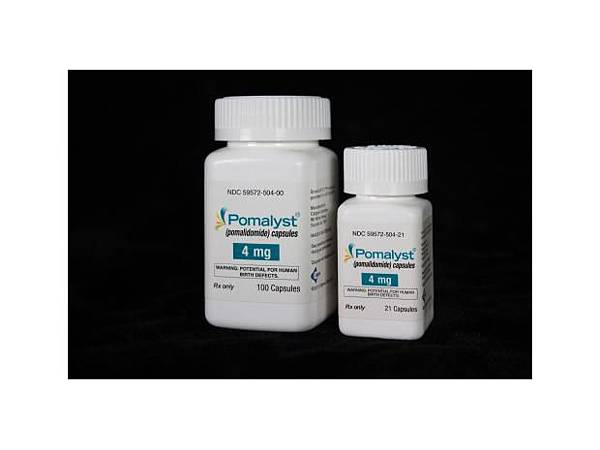 The oral therapy pomalidomide (Pomalyst, Celgene) was approved by the US Food and Drug Administration today for use in the treatment of multiple myeloma.

The new drug is specifically indicated for patients who have received at least 2 prior therapies, including lenalidomide (Revlimid, Celgene) and bortezomib (Velcade, Millennium Pharmaceuticals), and whose disease did not respond to treatment and progressed within 60 days of the last treatment.

"Treatment for multiple myeloma is tailored to meet individual patient’s needs, and today’s approval provides an additional treatment option for patients who have not responded to other drugs," Richard Pazdur, MD, director of the Office of Hematology and Oncology Products in the FDA's Center for Drug Evaluation and Research, said in a press statement.

Pomalidomide is the second drug approved in the past year to treat multiple myeloma, pointed out Dr. Pazdur. Carfilzomib (Kyprolis, Onyx Pharmaceuticals) was approved in July. Both new drugs were approved under the FDA’s accelerated approval program.

Pomalidomide is an immunomodulatory drug from the same stable as thalidomide (Thalomid, Celgene) and lenalidomide, but this new drug "is the most active by far," said David Siegel, MD, PhD, chief of multiple myeloma at the John Theurer Cancer Center at Hackensack University Medical Center, in New Jersey. He is an investigator of the drug and recently spoke to Medscape Medical News.

Pomalidomide is more potent than the other 2 drugs when measured on the in vitro assay of TNF-alpha inhibition, and more potent clinically, giving "more response for less drug when compared to thalidomide and lenalidomide," he said. Because it is more active, pomalidomide can be used at a much lower dose, which decreases the risk for adverse events, including peripheral neuropathy and bone marrow suppression, he said.

The dose for pomalidomide is 4 mg, compared with 25 mg for lenalidomide and 800 mg for thalidomide, he noted.

The drug's potent activity means that it can overcome resistance to the other immunomodulatory agents. "This is significant," Dr. Siegel said. The new drug offers a treatment for those patients who have stopped responding to thalidomide and lenalidomide, he added.

Pomalidomide safety and effectiveness were evaluated in a clinical trial of 221 patients with relapsed or refractory multiple myeloma in which patients were randomly assigned to receive pomalidomide alone or pomalidomide with low-dose dexamethasone, a corticosteroid.

Results showed that 7.4% of patients treated with pomalidomide alone achieved an objective response rate (ORR), which was the primary outcome. The median duration of response has not yet been reached in these patients. However, in patients treated with pomalidomide with low-dose dexamethasone, 29.2% achieved ORR with a 7.4-month median duration of response.

Pomalidomide carries a boxed warning indicating that the drug should not be used in pregnant women because it can cause severe life-threatening birth defects and can cause blood clots.

Because of pomalidomide’s embryo-fetal risk, it is available only through a Risk Evaluation and Mitigation Strategy (REMS) program.

Data from the MM-003 study of pomalidomide were presented in December 2012 at the annual meeting of the American Society of Hematology (ASH) by Meletios Dimopoulos, MD, professor and chairman of the Department of Clinical Therapeutics at the Alexandra Hospital in Athens, Greece.

Dr. Dimopoulos told journalists that great progress has been made in recent years in the treatment of multiple myeloma. The overall survival has increased from around 3 years to more than 10 years, he said. This is largely due to the availability of newer and more active drugs, he said, and treatment usually consists of both an immunomodulatory agent (given orally) and a proteasome inhibitors, which are administered intravenously, such as bortezomib or carfilzomib.

The phase 3 MM-003 study involved 455 such patients with resistant and refractory multiple myeloma, and showed that pomalidomide offers hope in this patient population.

Pomalidomide was taken at a dose of 4 mg once daily; it was taken orally on days 1 to 21 in combination with low-dose dexamethasone 20 mg in patients older than 75 years and 40 mg in younger patients, also taken orally, on days 1, 8, 15, and 22.

In the comparator group, dexamethasone was given in the same doses of the steroid, but more frequently, on days 1 to 4, 9 to 12, and 17 to 20 in a 28-day cycle. This is the standard of care, but it is a palliative treatment, and patients often cannot tolerate these high doses of steroids, Dr. Dimopoulos commented.

The results after a median follow-up of 18 months showed a significant increase in progression-free survival, up to 15.7 weeks on the combination of pomalidomide with low-dose steroid vs 8 weeks on the high-dose steroid (hazard ratio [HR], 0.45; P < .001).

Overall survival was also longer in the combination group. Although the median has not yet been reached, it is expected to be around 11 to 12 months, Dr. Dimopoulos said, compared with a median of 35 weeks in the comparator group (HR = 0.53; P < .001).

These results led to a discontinuation of the comparator group, because an independent review by the study's data safety monitoring board recommended that all patients in the high-dose steroid group be switched over to treatment with pomalidomide and low-dose steroid.

The combination was well tolerated, although there were some expected toxicities in both groups, including neutropenia (reported in 42% of patients in the combination group and 15% in the comparator group), thrombocytopenia (21% vs 24%), and fever (7% vs 0%). The primary reason for discontinuation was progressive disease (in 35 vs 49 patients, respectively). Around 25% of patients in both groups died during the study, primarily from progressive disease and infections.

"We are excited about these results, as they show that a combination approach with pomalidomide and low-dose dexamethasone offers superior results to those seen with current treatment options for hard-to-treat myeloma patients," Dr. Dimopoulos commented in a statement at the time.

"We believe this study provides the basis to consider this combination as a new standard of care for patients who have exhausted most standard treatments to treat their refractory disease and may offer even greater benefit if studied among less heavily treated patients as a first-line therapy," he added. Such trials are now in progress, he said.

Asked how pomalidomide compares with the newly launched carfilzomib in the highly resistant multiple myeloma patient population, Dr. Dimopoulos told Medscape Medical News that it was not possible to compare the 2 because there have not been any head-to-head trials, but he added that both new drugs offer hope of responses in this very hard-to-treat patient population.

Dr. Siegel agreed and added that both new drugs are more active than their predecessors, and the fact that each is in a different class of drugs is useful; eventually they may be used in combination with each other. 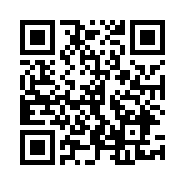