The US Food and Drug Administration (FDA) has strengthened warnings against the use of valproate products as a preventive measure against migraine in women who are pregnant.

The new contraindication is based on recently published data from the Neurodevelopmental Effects of Antiepileptic Drugs (NEAD) study showing further evidence that exposure to valproate products during pregnancy can lead to reduced IQ scores in children.

"Valproate medications should never be used in pregnant women for the prevention of migraine headaches because we have even more data now that show the risks to the children outweigh any treatment benefits for this use," Russell Katz, MD, director of the Division of Neurology Products in the FDA's Center for Drug Evaluation and Research in a statement today.

Valproate products include valproate sodium (Depacon), divalproex sodium (Depakote, Depakote CP, and Depakote ER), valproic acid (Depakene and Stavzor) and their generic forms. These medications already carry a boxed warning for fetal risk, including birth defects, but the new data from NEAD,published online in Lancet Neurology and reported byMedscape Medical News at that time, has led to today's strengthened warning.

Previously, the FDA released an alert in June 2011 based on interim NEAD results showing reduced cognitive test scores at age 3 in children exposed to valproate before birth.

However, valproate products have several FDA-approved indications besides migraine prevention, including treatment of epilepsy and manic episodes associated with bipolar disorder. For these uses, the FDA statement notes, "valproate may have some value in pregnant women, but it should be taken only if other medications have not controlled the symptoms or are otherwise unacceptable. Women who can become pregnant should not use valproate unless it is essential to managing their medical condition."

Accordingly, the pregnancy category for prevention of migraine headaches with valproate products will now change from Category D, indicating that the potential benefit for pregnant women may be acceptable despite the potential risks, to Category X, indicating the risk to pregnant women clearly outweighs any possible benefit, but will remain Category D for these other indications.

Women who are pregnant and taking a valproate medication should not stop their medication but should talk to their healthcare professionals immediately, the FDA warning adds. Stopping valproate treatment suddenly can cause serious and life-threatening medical problems to the woman or her baby. Women of childbearing age taking valproate products should use effective birth control.

The FDA safety communication can be found here. 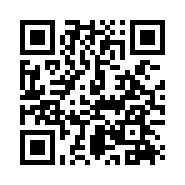