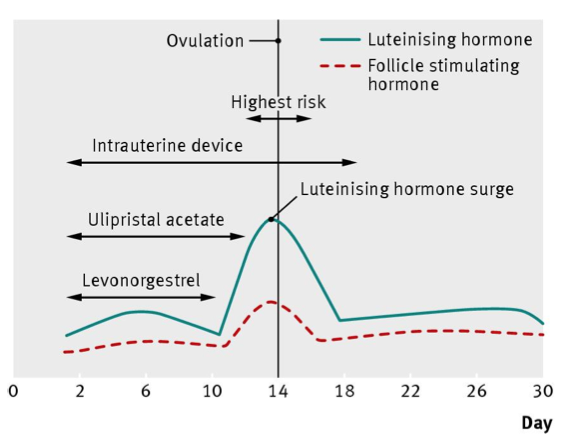 What is emergency contraception?

How effective is it?

The copper IUD is always the most effective method of emergency contraception, with a Cochrane review identifying a collective failure rate of 0.09% from non-randomised studies.

Clinical trials and mode of action studies show that levonorgestrel is more effective than nothing, with an estimated 52-100% of pregnancies being prevented. This large variation has been attributed to the inherent difficulties in calculating the effectiveness of contraceptive methods, such as uncertainty about the timing of intercourse. Levonorgestrel is licensed for use within 72 hours of unprotected sexual intercourse, and recent combined data from four World Health Organization randomised controlled trials suggest that it may be effective up to 96 hours. However, it is not certain whether administration of levonorgestrel on day 5 after unprotected intercourse protects against unintended pregnancy.

Evidence from two randomised trials has shown that ulipristal is at least as effective as levonorgestrel. A meta-analysis concluded that the pregnancy rate was significantly lower with ulipristal than with levonorgestrel, with an odds ratio of 0.58 (95% confidence interval 0.33 to 0.99) at 0-72 hours and 0.55 (0.32 to 0.93) at 0-120 hours. Higher failure rates were seen for both methods when taken just before ovulation and when women had further unprotected intercourse.

How safe is it?

No deaths or serious complications have been causally linked to emergency contraception.

What are the precautions?

WHO does not identify any medical condition that limits the use of levonorgestrel. Although this method is not indicated for a woman with a suspected pregnancy, there is no known harm to the patient, the course of her pregnancy, or the fetus if levonorgestrel is accidentally used.

WHO has not yet made a statement on ulipristal. Because its safety has not been widely evaluated, the manufacturer advises avoidance if there is any risk of an implanted pregnancy or hepatic dysfunction; it also advises caution in women with asthma that is inadequately controlled with oral glucocorticoids and in those who have hereditary problems with lactose metabolism. It is not yet known whether ulipristal is excreted in breast milk so breast feeding is not recommended for up to 36 hours.

How is it taken and monitored?

One episode of unprotected sex less than 72 hours ago

The IUD is the most effective option. However, it may be unacceptable to some women because it is an invasive procedure and often requires onward referral. Both ulipristal and levonorgestrel have been shown to be effective, with a meta-analysis suggesting that ulipristal is superior to levonorgestrel. However, levonorgestrel is currently more widely available in pharmacies in the UK and other parts of the world.

One episode of unprotected sex 72-120 hours ago

The IUD remains the most effective method, and ulipristal is both licensed and effective. Between 72 and 96 hours levonorgestrel may have some effect, but this use is outside the product licence.

One episode of unprotected sex more than 120 hours ago

If sexual intercourse occurred more than 120 hours ago, but the expected ovulation date was five days or fewer than five days ago, an IUD can still be fitted because of its post-fertilisation but preimplantation effect.

More than one episode of unprotected sex

An IUD is the most effective method but should not be used if there is any risk of an implanted pregnancy. Use ulipristal only if all episodes were within five days of presentation. Levonorgestrel will not disrupt a preimplanted pregnancy, so if this is a possibility, a woman who has had unprotected sex in the past four days can still use this drug.

Use of emergency contraception more than once in a single cycle

WHO supports the use of levonorgestrel more than once in the same cycle. WHO has not yet made a statement on ulipristal, but UK guidance does not support the repeated use of ulipristal owing to insufficient data on safety and efficacy.

IUD insertion may be uncomfortable, with about half of women experiencing some pain during the procedure. Menstrual irregularities, such as heavier or longer periods, are common in the first three to six months after insertion but usually decrease with time. Encourage women to check the threads periodically.

Nausea and headache are common adverse effects (20-25%) but are usually mild and self limiting. Vomiting occurs in 1% of women, and if it happens within two to three hours, a further dose of the drug is recommended. Both levonorgestrel and ulipristal can affect the timing of the next bleed and a pregnancy test is advised three weeks after the episode of unprotected intercourse in any woman who has not had an entirely normal period. 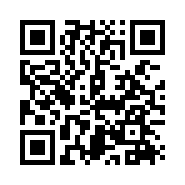