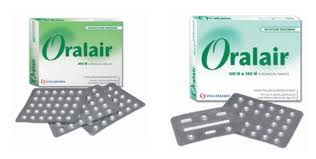 The US Food and Drug Administration (FDA) has approved Oralair (Stallergenes, Inc), the first sublingual immunotherapy in the United States to treat multiple grass pollens.

The drug is indicated for the treatment of persons aged 10 to 65 years with grass pollen–induced allergic rhinitis with or without conjunctivitis, confirmed by positive skin test or in vitro testing for pollen-specific immunoglobulin E antibodies for any of five grass species: sweet vernal, orchard, perennial rye, timothy, and Kentucky blue grass.

The approval follows a unanimous Allergenic Products Advisory Committee vote to recommend Oralair for approval on December 11, 2013, as reported by Medscape Medical News. That vote followed a discussion of data from a clinical trial conducted in the United States under an investigational new drug application, as well as 5 trials conducted in Europe (not under an investigational new drug application). One of those trials was in children.

Although available in multiple countries throughout the world, sublingual immunotherapy has been unavailable in the United States. Oralair is a once-daily tablet that dissolves rapidly under the tongue. The first dose must be taken in the physician's office, so the patient can be monitored for any adverse reactions, but after that, doses can be taken at home. Oralair immunotherapy is begun 4 months before and continued throughout the grass pollen season.

"Sublingual immunotherapy is a novel form of immunotherapy that provides evidence-based treatment of allergy to grass pollen and is administered at home. This is completely different than current available forms of immunotherapy that are given as injections at allergy clinics," said Mark Moss, MD, director of the allergy and clinical immunology fellowship program at the University of Wisconsin Hospital and Clinics in Madison in an interview with Medscape Medical News.

Across all studies, patients who began taking Oralair 4 months before and during a grass pollen season "experienced a 16 to 30 percent reduction in symptoms and the need for medications compared to those who received a placebo," according to an FDA statement.

In the adult pooled analysis, the most commonly reported treatment emergent adverse events (TEAEs) in those who took Oralair were oral pruritus (32.6% Oralair, 6.6% placebo) and throat irritation (21.1% Oralair, 3.8% placebo). Ear pruritus, tongue pruritus, and cough were also observed in some patients, and 2 adults who took Oralair reported laryngopharyngeal disorders that were determined to be related to the medication.

In the children/adolescents pooled analysis, the most commonly reported TEAEs were oral pruritus (33.1% Oralair, 4.3% placebo), mouth edema (12.9% Oralair, 0.0% placebo), and throat irritation (9.4% Oralair, 5.0% placebo). One (0.6%) patient who took Oralair and 2 (1.3%) who took placebo reported at least 1 serious TEAE, none of which were determined by the investigator to be related to the study drug.

The single serious TEAE in the Oralair group was a mild asthma exacerbation. There were no reports of anaphylaxis, epinephrine use, severe laryngopharyngeal disorders, or deaths in adults, children, or adolescents.

It is important to thoroughly evaluate the patient and to know how to interpret testing, Dennis Ledford, MD, from Morsani College of Medicine, University of South Florida, and the James A. Haley Veterans Administration Hospital in Tampa, said in an interview with Medscape Medical News.

"You have to know what's likely to be important, based on when the patient is symptomatic, what's common in the environment the patient lives [in], and how sensitive they are," Dr. Ledford said.

"You have to know how bad the symptoms are, when...they occur, and how reactive they are to be able to interpret the test," Dr. Ledford continued.

Sublingual immunotherapy may not be appropriate for everyone. Those with multiple allergens could not expect to relieve all of their symptoms by taking immunotherapy for only 1 allergen.

"It is very uncommon in the United States for patients to only be allergic to one allergen, such as grass pollen. Most patients are sensitive to numerous allergens that span several seasons," Dr. Moss said. "Therefore, future research using sublingual immunotherapy for multiple allergens will be necessary."

The prescribing information includes a boxed warning that severe allergic reactions (such as anaphylaxis, which can be life-threatening) can occur. Oralair also has a medication guide for distribution to the patient, according to the FDA statement.

Patients should also be prescribed autoinjectable epinephrine, trained on its appropriate use, and instructed to seek immediate medical care on its use, according to a company statement.

Greer Laboratories, Inc holds exclusive commericalization rights to Oralair through its partnership with Stallergenes, according to the statement.

Dr. Moss has disclosed no relevant financial relationships. Dr. Ledford reports that he is on the speakers bureau for Merck; he speaks on asthma and general immunology topics. 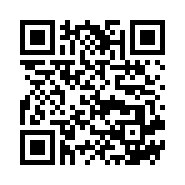