A new position statement from the American Diabetes Association (ADA) provides the first-ever guidance specific to the management of type 1 diabetes in all age groups, including a new HbA1c target for children.

A new pediatric glycemic control target of HbA1c less than 7.5% across all ages replaces previous guidelines that had called for different targets by age (less than 8.5% for children aged under 6 years, less than 8% for those aged 6 to 12 years, and less than 7.5% for adolescents between the ages of 13 and 19 years).

The previous guidance is based on outdated information, Lori M.B. Laffel, MD, chief of the pediatric, adolescent, and young adult section of the Joslin Diabetes Center and associate professor of pediatrics at Harvard Medical School, said at the briefing.

"Those targets were based on experience with severe hypoglycemia in a distant era," Dr. Laffel said, noting that modern technology such as insulin analogs, insulin pumps, and continuous glucose monitoring now allow for tighter control with less risk for hypoglycemia.

The adult HbA1c target of less than 7% for type 1 diabetes remains the same, with individualized lower or higher targets based on patient need.

"We are so pleased to be able to have offered a unified target for the pediatric population and even more pleased to have a single set of guidelines that will cross the entire lifespan for our patients with type 1 diabetes so we can be assured as we pass our patients to our adult providers we will all be singing the same song," Dr. Laffel said.

The impetus for the new statement came from recognition of the dearth of information specific to type 1 diabetes in adults and the frequent and often inappropriate extrapolation of evidence from type 2 diabetes studies to type 1.

"We have this growing population of type 1s who are being treated like type 2s, and it's not the same disease," coauthor Anne L. Peters, MD, professor of medicine at the Keck School of Medicine, University of Southern California, Los Angeles, told Medscape Medical News.

Examples include universal recommendations for statin use and LDL-cholesterol targets derived from type 2 populations and for which there is little evidence in type 1 patients, and limitations on insurance reimbursement for test strips.

The new statement says that "regardless of age, individuals may require 10 or more strips daily to monitor for hypoglycemia, assess insulin needs prior to eating, and determine if their blood glucose levels [are] safe enough for overnight sleeping."

It also gives level A evidence that continuous glucose monitoring "is a useful tool to reduce HbA1c levels in adults without increasing hypoglycemia and can reduce glycemic excursions in children."

"The point of this was to allow type 1s to get the supplies they need," Dr. Peters told Medscape Medical News.

There are an estimated 3 million individuals with type 1 diabetes in the US, of whom only about 160,000 are children. But the exact number of adults — including both those diagnosed in childhood and in adulthood — is unknown, because many are seen in primary-care settings.

"The pediatric type 1s get all the press, but many more are adults," said Dr. Peters, adding that the diagnosis among those with adult-onset diabetes is often unclear.

"I have to say as an adult endocrinologist, it has driven me crazy for a long time that everyone refers to type 1 diabetes as a pediatric disease....We do need to remember the vast majority of people with type 1 in this country are adults."

It's estimated that between a third and a half of new-onset type 1 cases are diagnosed after age 18, and that most who are diagnosed as children are living to adulthood and old age.

Dr. Peters noted that much of the new clinical research in type 1 diabetes is now being funded by the Leona M. and Harry B. Helmsley Charitable Trust. "Part of this process is to drive research, and the other part is to take the data we know and make it clinical. So, the document includes management guidance for primary-care physicians in particular," she noted.

The statement is meant to serve as a checklist for clinicians. It provides detailed information about diagnosis and management, screening for long-term complications, workplace management, diabetes in older adults, and pregnancy.

"At the very least, if [clinicians] evaluate a patient the way we ask, it will be a big step forward," Dr. Peters told Medscape Medical News.

Jane L. Chiang, MD, senior vice president for medical and community affairs at the American Diabetes Association, told the media during the press briefing, "We want all of you to know the ADA is very committed to patients with type 1 diabetes. We really want to separate out the 2 types of diabetes."

"Reimbursement is different, care is different, and we really want to highlight that....There really aren't very clear evidence-based recommendations on what patients with type 1 diabetes need. We think a lot of clinical research needs to be done. This is just the beginning."

Dr. Kirkman received research support from Novo Nordisk (to the University of North Carolina) for a study of an investigational drug for type 1 diabetes. In 2013–2014, Dr. Laffel received grant support from Bayer Diabetes Care; served as a consultant/advisory board member for Bristol-Myers Squibb/AstraZeneca, Sanofi, Novo Nordisk, and Boehringer Ingelheim; and served as a consultant for Johnson & Johnson, LifeScan/Animas, Lilly, Menarini, and Dexcom. In the past year, Dr. Peters consulted with Abbott Diabetes Care, BD, Janssen, Lilly, Medscape, MedtronicMiniMed, NovoNordisk, Sanofi, and Takeda; has been on the speaker's bureau for Bristol-Myers Squibb/AstraZeneca and Novo Nordisk; and received grant funding from the MedtronicMiniMed Foundation. No other potential conflicts of interest relevant to this article were reported. 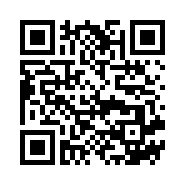