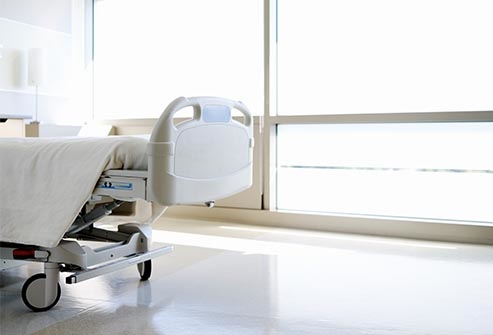 May 21, 2018 -- A simple vitamin cocktail to treat sepsis has shaken up the medical world, raising hopes of a more effective treatment for one of history’s great killers. But will it stand up to tougher tests?

Researchers at several hospitals around the world are trying to reproduce the success reported by a critical-care doctor in Virginia in beating back sepsis, one of the leading causes of hospital deaths.
Paul Marik, MD, chief of pulomonary and criitical care medicine at Eastern Virginia Medical School, reported in 2017 that he gave a mix of vitamin C, vitamin B1, and a steroid to nearly four dozen patients who had sepsis in his Norfolk intensive care unit. In the 7 months before he started using the treatment, 19 of 47 sepsis patients died. Of the 47 who got the treatment, all but four survived.

The results got a lot of attention. But it was a small study, comparing before-and-after patient outcomes. Now, researchers are gearing up to test the therapy with large-scale trials using patients selected at random, with some given the cocktail and others given a placebo.

“Dr. Marik feels very strongly that it’s worked in his patients, and he’s changed his practice because of his own experience,” says Jonathan Sevransky, MD, a critical care doctor at Emory University in Atlanta who is leading one of the studies. “If you think something works, it makes sense for a doctor to try something and to change their own practice. But if you want to change other people’s practices, the way to do that is do a randomized, controlled trial -- and ideally, you’d have more than one randomized, controlled trial.”

Sepsis has been in the medical books since the time of Hippocrates. It happens when the body’s immune system responds to an infection with overwhelming force, triggering complications that can cause blood clots, inflammation, and other problems, leading to organ failure and death.
In the days before sterile instruments and antibiotics, sepsis was a frequent and deadly complication of wounds. It still hits than 1 million people in the United States every year, and between a quarter and half of them die.

Survival often depends on an immediate dose of antibiotics and intravenous fluids, along with tests to look for signs of an infection or organ failure. Estimates of how much it costs to treat sepsis approach $24 billion a year.

But it’s too early to declare victory without better data, says Lee, who is not involved in the ongoing trials.

“What I think we’re looking for is essentially hard science and great science about how this will work,” he says. “It doesn’t even have to show the amazing results like Paul did, just that we’re moving the needle forward and decreasing mortality or some other process measure that improves outcomes.”

Sevransky’s study plans to involve at least 500 and up to 2,000 patients at multiple hospitals for about a year and a half. The plan is to wrap up work in December 2019.
The researchers will be looking at what the vitamin mixture does to speed recovery in sepsis patients who need life support, either by mechanical means or through drugs that help keep blood pressure at normal levels. They will also be watching the results for any improvements in death rates and may extend the study if it shows promise, Sevransky says.

“The thing that’s most likely to change people’s care is if the treatment does show a difference in mortality,” he says.

A second study, led by Michael Donnino, MD, at Harvard’s Beth Israel Deaconess Medical Center, involves about 200 patients and  a wider number of hospitals. It is expected to end in a year, says Ari Moskowitz, MD, a pulmonary care and critical care specialist at Beth Israel Deaconess.

Moskowitz says they hope the vitamin cocktail will  help limit injury to organs, such as the kidneys or heart. The study will evaluate how well it prevents organ injury along with survival rates. “Saving lives is the ultimate goal of the intervention,” he says.

Limited risk of side effects

Marik says he’s pleased with the interest and has spoken with some of the researchers involved in the planned trials, but he’s not waiting on the results. He’s now treated more than 700 sepsis patients with the vitamin-steroid mixture, which supplements -- but doesn’t replace -- other drugs like antibiotics. He says his patients have not had any serious side effects.

People who take a lot of vitamin C can be more likely to get kidney stones, Sevransky says. And vitamin C can throw off measurements of blood sugar, which may be a concern for people who are getting extra glucose in the hospital. So people who are being given the therapy should use meters that aren't likely to be thrown off by that effect, he says.
The dose being studied is about 1.5 grams intravenously, every 6 hours for 4 days -- several times higher than people get from ordinary vitamin supplements or eating fruit, but less than some patients get while having chemotherapy, he said.

Lee says Massachusetts General has used Marik’s cocktail sometimes in patients that aren’t responding to conventional treatment -- “But it’s not routine in any way, and I don’t think it should be routine in any way until the data is better.”

In a follow-up paper in April, Marik wrote that vitamin C lowers oxidative stress and inflammation, and it helps stop blood vessels from dilating, which helps maintain blood pressure. People who have sepsis often don't have enough vitamins C and B1, and those vitamins appear to combine with the steroid hydrocortisone to boost the effects.

“There is in fact an enormous amount of basic science to support this,” he says. An Australian study found that if Marik’s mixture works, it could shave more than 40% off the long-term cost of treating the disease.

“The bottom line is it saves billions of dollars and millions of life-years, and at worst, if it doesn’t work, all it does is waste a little bit of money and nothing is lost,” he says.

Sevransky says previous research has suggested vitamin C can improve blood flow to tissues in the body of a sepsis patient, keeping the cells supplied with nutrients and oxygen and preventing organ failure.

And an earlier study by Donnino’s team at Harvard found that vitamin B1, or thiamine, could help prevent kidney failure in sepsis patients. Thiamine is essential to the mitochondria, your cells’ powerhouses, and patients with vitamin B and C deficiencies show some of the same symptoms as people with sepsis -- including low blood pressure and an increase in blood acid levels.

“When we targeted select populations of critically ill patients, we have found that upwards of 30% may be thiamine deficient,” Harvard’s Moskowitz says.

But Sevransky says research is full of promising cures that never panned out.

“Even though the theory behind it was solid, the treatment didn’t work,” he says. 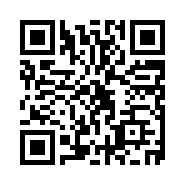