This year, the CDC advises just about everyone to get the vaccine. That raises questions. So does the inclusion of the H1N1 pandemic swine flu vaccine in the seasonal vaccine.

To answer the questions, WebMD spoke with flu expert William Atkinson, MD, MPH, of the CDC's National Center for Immunization and Respiratory Diseases.

The CDC now recommends the flu vaccine for just about everyone over age 6 months. But does everyone really need a flu vaccination?

Everybody can benefit from the flu vaccine. Up until 2009, it was recommended every year for everyone except for a small group of 18- to 49-year-old, non-pregnant people in good health. We just added that group. Everyone who does not want to get the flu can benefit -- and it certainly can save some people's lives.

I'm a healthy person. It's just the flu, why should I worry about it?

That's a very good question. The problem is that we have seen some severe illnesses and deaths in young, relatively healthy people. Some were adults under age 50 who weren't aware they had risk factors for severe flu illness.

It is true that most flu deaths and severe illnesses occur in the extremes of age, in infants and in the elderly. But it does kill people who are healthy. And some people who think they are healthy have medical risks they are unaware of.

Even someone with no underlying medical condition can get a very nasty flu illness, with missed days of work and a trip to the doctor's office. Why would anyone want that?

In addition, vaccination of healthy people reduces their chance of becoming infected with the flu virus -- and passing the virus to someone at higher risk of complications, such as a baby or an elderly person.

I got a flu shot a few years ago -- and a few days later I came down with the flu. Instead of risking this again, wouldn't I be safer just avoiding sick people?

Probably one of the most common concerns we hear is from people who, right after getting a flu shot, got something that seems to them like flu.

And the way people use it, "flu" is not a specific term. People have different ideas of what flu is. Other kinds of viral infections can cause a flu-like illness, but it is not flu. And influenza vaccine will not protect against that.

Keep in mind that the flu shot cannot produce a flu infection. It is dead -- it's just protein, with nothing live in it. So a lot of this is just coincidence -- either the vaccine did not have time to work, or you got something like the flu.

But this is a very common perception, linking your flu shot to getting the flu. Even some doctors and nurses have this perception.?The way our brains work is to have two things happen in sequence, and to conclude that the two things are connected by cause and effect. Vaccination is memorable, and the illness is memorable, and it is human nature to think one caused the other. But it is a perceptual problem rather than reality.

What about the FluMist inhaled vaccine? Isn't that a live virus? Can't that give me the flu?

FluMist is a really good option for people who are healthy and under 50 and not pregnant. It is live, but it has been modified so it only grows in a person's nose or throat. It does not get down into the lung. It is modified so it does not cause lung infection.

This means the virus in FluMist does not cause flu the way we think of it as a respiratory infection. It can cause a sore throat for a day or two, but not flu with cough or fever. It really does not do that.

Flu season again? I got my shots last year and the year before. Why do I need another one?

The problem is the flu virus: It changes all the time. This means we have to change the vaccine all the time to keep up.

Last year's vaccine is not like this year's vaccine. There are three different viruses that can cause flu. Vaccines that protect against each one are included in the 3-in-1 seasonal flu vaccine. One or more of these components is changed every year because the virus we are trying to prevent has changed.

Unfortunately, being immune to one of last year's viruses may not protect you against this year's virus. It is a constant job of catch-up. And there probably is some waning of immunity over time, too, particularly with the shots.

I got the flu during the swine flu pandemic. Do I still need this year's seasonal flu vaccine?

Yes. If you really had the flu during the pandemic, you probably are immune to the H1N1 swine flu. But there are other infections that can mimic influenza, and it could be some other virus that made you sick. Not all infections that act like flu are necessarily flu.

Probably millions of people were infected with the 2009 H1N1 flu strain. But we can't tell which person had swine flu and which had something like flu -- unless they really had a viral-culture test to prove they really had H1N1 virus.

Even then, remember, there is protection against two other flu viruses in this season's vaccine. If you went through having the 2009 H1N1 "swine flu," you certainly don't want to get sick again.

And there's a bonus for people who had an H1N1 infection last year: It will boost their immune response to the H1N1 component of the seasonal vaccine, and they will get additional immunity from the other two components of the vaccine.

The CDC and the FDA did an enormous amount of monitoring of the 2009 H1N1 swine flu vaccine. After tens of millions of doses, we have no evidence that vaccine was any less safe than any of the vaccines we have used for years.

Our monitoring showed the side effects of the H1N1 vaccine were pretty much the same as you'd see from regular seasonal vaccines. There was no indication the pandemic vaccine was any less safe than any vaccine we've ever produced.

My children are under 9 years old. How many doses of the seasonal flu vaccine do they need?

It's really quite complicated for parents whose children are 8 years old or younger and who have never been fully vaccinated against the flu.

How many doses of flu vaccine will a child under age 9 years need this year? It will depend on two things:

Children under age 9 years who never before got a seasonal flu vaccination will need two doses of the seasonal vaccine this year -- even if they got the 2009 H1N1 pandemic flu vaccine.

Children under age 9 years who have had a previous flu vaccination but who did not get the 2009 H1N1 pandemic flu vaccine will need two doses of the seasonal vaccine this year.

If a child needs two doses of the flu vaccine, the second dose must be given no sooner than four weeks after the first dose.

It's such a hassle to get young children two doses of flu vaccine a month apart. Won't they get at least some protection from a single dose of the vaccine?

This year, the number of doses is driven by the pandemic virus component of the vaccine. Studies at the National Institutes of Health show that children do not respond well to a single dose of the 2009 H1N1 vaccine. A single dose does not provide protection to a very large number of young children.

We are not just making this up. The data show two doses are absolutely necessary. Yes, it can be a hassle to take them back a month later for their second dose -- but it greatly improves the chances the child will be protected.

I'm pregnant. Why should I risk getting a flu shot?

The risk is actually in not getting a flu shot.

We know pregnancy changes a healthy woman's risk of severe flu illness. We had a number of pregnant women die last year of flu.

Pregnancy and flu are a bad combination. Pregnancy increases the risk that a healthy woman who gets the flu will get sick, be hospitalized, or die.

Because the flu shot is only a protein that can't give a person the flu, the benefit of vaccination far outweighs any possible risk from the vaccine itself. That goes for the woman as well as for her developing baby .

We do have 50 years of experience giving the flu vaccine to women who are or who become pregnant. We have never had the slightest indication -- no indication at all -- that it could somehow be harmful to the developing baby. With billions of doses given, there is not a shred of evidence the vaccine is harmful to the fetus. It is all benefit; there seems to be no risk at all.

And is there any benefit for the baby? It is worth saying that in addition to protecting the mother, there is some research that suggests babies born to vaccinated women are less likely to get the flu in their first 6 months of life. And infants who get the flu are at very high risk of severe complications.

The reason the flu vaccine isn't recommended for infants under age 6 months is that not many studies have been done to see if it is safe and effective in babies that young.

I'd like to add that we try to "cocoon" a young infant against getting the flu. We try to make sure everyone in the infant's household is vaccinated, so they will not bring the flu home to children too young to be vaccinated themselves.

I'm allergic to eggs. Is there some form of the flu vaccine I can take?

The answer is no. There is no flu vaccine option for people with extreme allergy to eggs.

We are held hostage by chickens every year because, in the U.S., all our flu vaccines are produced in eggs. This means that there is no non-egg-based flu vaccine here.

But in the next five years it's likely we will have one. Instead of producing the vaccine in eggs, it can be produced in tissue cultures. We don't think twice about other vaccines that are raised in tissue culture, so why not flu vaccine? 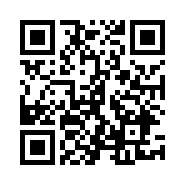