Patients presenting with acute ischemic stroke often are hypertensive. Current treatment strategies involve allowing "permissive hypertension" for a period of time in the acute setting for a variety of reasons, including increasing cerebral perfusion in the setting of ischemia. The evidence for this practice is actually quite scant, and it is well proven that hypertension at the time of stroke is a poor predictor of eventual outcome. Drugs that act on the angiotensin-renin pathway are known to improve vascular outcomes independent of their effect on blood pressure lowering. Therefore a recent trial aimed to investigate whether acute blood pressure lowering with the angiotensin receptor blocker candesartan would improve outcomes in acute ischemic stroke (Sandset et al, 2011).

The authors performed a randomized, placebo-controlled, double-blind trial at 146 centers in 9 European countries. Patients age 18 and older with a diagnosis of acute stroke presenting within 30 h of symptom onset and a blood pressure of >140 mmHg were eligible. Exclusions were made for contraindications to or current treatment with an angiotensin receptor blocker, poor premorbid functional status, pregnancy, or a life expectancy of <1 year. Patients were randomized to placebo or escalating doses of candesartan for 1 week (4 mg on day 1, 8 mg on day 2, and 16 mg on days 3–7). The co-primary outcomes examined were (1) the composite 6-month endpoint of vascular death, nonfatal myocardial infarction, or nonfatal stroke and (2) functional status at 6 months as measured by the modified Rankin Scale (mRS).

A number of prespecified secondary endpoints, including death from any cause, vascular death, stroke progression, and stroke, showed small nonsignificant trends in favor of placebo. No prespecified subgroup showed any differential effect, but the number of patients enrolled who suffered from hemorrhagic stroke (n = 274) was likely too small to draw conclusions regarding acute blood pressure lowering in that disorder. (A separate large trial is currently addressing this issue.) The authors also combined their data into a meta-analysis of trials that have studied acute blood pressure lowering in stroke (a total of ~7000 patients) and found no beneficial effect on functional outcome (relative risk, 1.04; 95% CI, 0.97–1.12; p = .30).

This important trial failed to demonstrate any benefit of lowering blood pressure in acute stroke and in fact showed a trend toward harm. The degree of blood pressure lowering in the trial was modest, and an agent was utilized with proven vascular protective effects. Despite this careful design, the potential harm and lack of benefit shown in this very well-done trial should compel clinicians to adhere to current guidelines that recommend permissive hypertension in the acute period following ischemic stroke. How long this permissive hypertension should last and how aggressively to lower the pressure when this window has passed remain areas without good evidence to guide us. 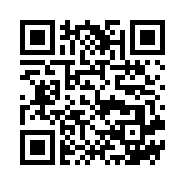