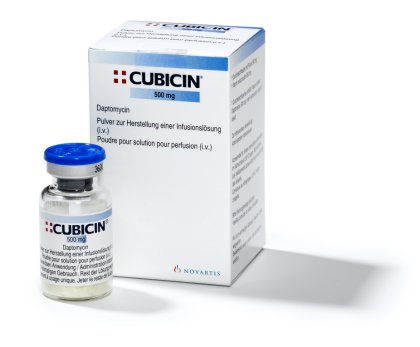 Pascal Dohmen, MD, PhD, a cardiac surgeon at the Heart Centre Leipzig in Germany, presented the study on daptomycin in sepsis, which he led. He also discussed 2 other posters in the series; all used data from the European Cubicin Outcomes Registry and Experience (EU-CORE) database, a retrospective, multicenter, noninterventional registry.

"Even in patients with severe sepsis and septic shock, outcomes were very good. We would normally see 40% to 50% mortality, but here we see an overall clinical success rate of 71%, and nearly 80% in endocarditis," Dr. Dohmen told Medscape Medical News.

"As a surgeon, I sometimes find myself standing with my back against a wall because mortality in endocarditis, especially in prosthesis endocarditis, can rise to 30% to 40%," he explained.

For the analysis of daptomycin in sepsis, data were collected from 2006 to 2011. Demographic and clinical data were drawn from patients in Europe, Russia, Latin America, and India. For study inclusion, patients had to have sepsis as the primary infection, had to have received at least 1 dose of daptomycin, and had to have had more than 30 days of follow-up.

All 302 patients who met the inclusion criteria had significant underlying disease, most commonly cardiovascular (55%) and renal disease (23.8%).

For the initial dose of daptomycin, 53.3% of patients received 6 mg/kg, 17.2% received 4 mg/kg, and 12.9% received more than 8 mg/kg. The median duration of treatment was 10 days. Dr. Dohmen reported that 80% of patients had previously received another antibiotic.

"We know that mortality in sepsis is high. Twenty percent of patients were older than 75 years, almost 20% were on dialysis, and many had comorbidities," said Dr. Dohmen. "Primary infections included 31% S aureus, 50% of which were MRSA [methicillin-resistant S aureus]-positive. Enterococci were found in 17% of patients, and 20% were culture negative."

The overall clinical success rate with daptomycin in patients with sepsis was 71% (43% cured and 28% improved); the clinical failure rate was 12%, and 18% of cases were nonevaluable. In endocarditis, 79% of patients achieved clinical success.

Dr. Dohmen explained that he found daptomycin to be a real benefit to his patients with endocarditis.

"These patients have severe disease and poor survival, so the combination of surgical treatment plus a high dose of daptomycin and other antibiotics is usually effective," he continued. "There is a rapid bactericidal effect, which is essential for patients with surgical-site infections or endocarditis. Within 3 days, you can see results in lab tests and clinically."

The median time to improvement was 4 days in patients with sepsis, and the clinical success rate was 73.7% and 70.7% when used as first-line and second-line therapy, respectively.

Safety and tolerance were excellent, with 3% of patients experiencing adverse or severe adverse events. "At high doses, we did not see an increase in adverse events or serious adverse events, even after 30 days," added Dr. Dohmen.

The other posters that Dr. Dohmen discussed were related to the use of higher-dose daptomycin (8 mg/kg) and outpatient treatment with daptomycin.

In EU-CORE, patients given daptomycin 8 mg/kg were treated for a median of 25 days.

Previously, there were tolerability issues related to "a higher dose of daptomycin when given twice a day. If it is given once a day at a dose of 8 mg/kg per day, these issues are no longer cause for concern," said Dr. Dohmen.

Daptomycin 4 mg/kg once daily is approved for adult patients in the United States and the European Union for the treatment of complex skin and soft tissue infection caused by Gram-positive bacteria. Daptomycin 6 mg/kg once daily is approved for bacteremia, including right-sided endocarditis due to S aureus. However, evidence of favorable outcomes with high-dose daptomycin (at least 8 mg/kg) in infections with high morbidity and mortality has resulted in its inclusion in recent national and international treatment guidelines in Europe and in the United States.

By primary infecting pathogen, clinical success rates with high-dose daptomycin were 92.4% for coagulase-negative staphylococci, 88.9% for S aureus (88.4% for MRSA and 88% for MSSA), and 89.3% for Enterococci-related infections.

High-dose daptomycin was found to be as safe as the conventional approved doses (4 and 6 mg/kg once a day).

A third poster presented data on the use of daptomycin in outpatients with serious Gram-positive infections. Daptomycin was given as a simple intravenous (IV) injection at an outpatient visit. "Most antibiotics require a longer period of time and patients need to remain in the hospital," explained Dr. Dohmen.

"With this IV administration, patients can be treated as outpatients, which improves their quality of life. If patients have MRSA, they usually have to stay isolated in a room, which can be distressing for them."

He added that the outpatient scenario reduced hospital costs and the risk of patients developing hospital-acquired infections.

"Some believe it is a miracle drug, but I'm not too sure at this point," he noted. "Vancomycin is an agent that has been used as the standard of care, so we use daptomycin when vancomycin has failed."

He added that recent evidence has suggested that alternative agents, such as daptomycin, can be used for serious infections caused by S aureus in patients with elevated vancomycin MICs [minimum inhibitory concentrations]. "When dealing with isolates having a MIC greater than 1 µg/mL, the coverage with vancomycin is very unlikely to achieve the desired pharmacodynamic target."

He is impressed by the analysis on the use of high-dose daptomycin. "The European Union guidelines and the Infectious Diseases Society of America both recommend increasing the dose of daptomycin in certain situations. Most clinicians use 8 to 10 mg/kg of daptomycin, but there are no well-designed clinical trials to support these doses."

"This poster is from registry data, but it shows the drug is relatively safe and that higher doses do not seem to cause increased rates of musculoskeletal-related adverse events," he concluded. 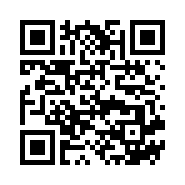