A dry powder inhaler taken twice a day, aclidinium bromide is a long-acting muscarinic receptor agonist that helps relax muscles around the large airways of the lungs.

COPD, often the result of cigarette smoking, is the 4th leading cause of death in the United States.

"COPD is a serious disease that gets worse over time," said Curtis Rosebraugh, MD, MPH, director of the Office of Drug Evaluation in the FDA's Center for Drug Evaluation and Research, in a press release. "The availability of long-term maintenance drugs for COPD provides additional treatment options for millions of people who suffer with this debilitating disease."

The FDA deemed aclidinium safe and effective on the basis of 3 randomized, placebo-controlled, confirmatory clinical trials involving 1276 patients aged 40 years or older with COPD. Patients receiving the drug had smoked at least 1 pack of cigarettes a day for 10 years.

Clinicians should not prescribe aclidinium as a rescue therapy for sudden breathing problems, according to the agency. The FDA also does not recommend the drug for patients younger than 18 years.

In February, the agency's Pulmonary-Allergy Drugs Advisory Committee voted 12 to 2 to recommend approval of aclidinium bromide. The panel voted unanimously that clinical trial data established a meaningful benefit from the medication. However, when it came to whether the drug's safety had been adequately assessed, 10 members voted yes, 3 voted no, and 1 member abstained.

One issue of concern was the death of 10 patients who had taken aclidinium 400 μg in the clinical trials. Of the 10, 4 died from cardiac arrest and the others from acute cardiac failure. Several panel members said cardiovascular events like these are worrisome because many patients with COPD have preexisting cardiovascular disease or risk factors such as hypertension or diabetes.

More information on today's approval of aclidinium is available on the FDA's Web site. 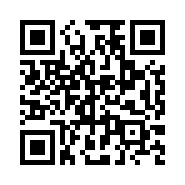