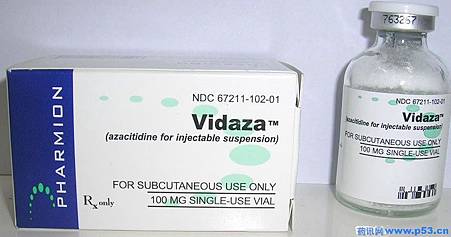 Azacitidine is a hypomethylating agent for the treatment of patients with myelodysplastic syndrome (MDS), an indication approved by the Food and Drug Administration in May 2004 through its accelerated-approval process.1,2

In this article, we describe two patients who were treated with azacitidine and developed Sweet’s syndrome (also called acute febrile neutrophilic dermatosis), a condition typically characterized by the sudden onset of fever and leukocytosis and the presence of tender erythematous skin lesions with neutrophilic infiltration.

A 64-year-old white man with no known drug allergies and a history of benign prostatic hypertrophy, gout, emphysema, and asthma was evaluated for thrombocytopenia, anemia, and an elevated white blood cell count. At the time of the evaluation, the patient’s medications consisted of hydrocodone bitartrate 5 mg with acetaminophen 500 mg orally every four hours as needed, allopurinol 300 mg orally daily, colchicine 0.6 mg orally daily, doxazosin 4 mg orally daily, tiotropium 18 μg by inhalation daily, budesonide 80 μg and formoterol fumarate dihydrate 4.5 μg by inhalation daily, and cetirizine hydrochloride 10 mg orally daily; the patient had been taking all of these for approximately 1 year or longer. He had not received any vaccinations in the previous six months.

A bone marrow biopsy led to the diagnosis of MDS, which was subtyped as refractory anemia with excess blasts. It was decided to treat the patient with azacitidine and begin an evaluation for allogeneic stem cell transplantation. The patient received azacitidine 75 mg/m2 subcutaneously daily for three days, after which he developed a severe and painful erythematous rash with peeling on his arms and legs. Several lesions developed on his face, in addition to nodular lesions on the forearms and groin. He subsequently developed a fever of 38.5 °C, facial flushing, and progressive symptoms that resulted in hospitalization and evaluation for possible infectious complications. Azacitidine therapy was discontinued after three doses. A skin biopsy of the nodules was performed, and the patient was treated with a course of oral amoxicillin–clavulanate and prednisone before his discharge from the hospital. Subsequently received pathology results were consistent with Sweet’s syndrome.

On the patient’s return to the clinic for follow-up two weeks later, his fever had resolved, and the skin lesions on his face, arms, and legs were improved. At that time, it was decided to treat the patient with decitabine i.v. before proceeding with an allogeneic transplant procedure. He tolerated decitabine without complications for the remainder of the treatment course.

A 67-year-old man with a history of hypertension, sensorineural hearing loss, and chronic myelomonocytic leukemia (CMML) was transferred to our institution from another health care facility after developing a painful skin rash, chills, and a temperature of 38.3 °C after receiving a fifth dose of azacitidine 75 mg/m2 subcutaneously daily. On admission, the patient’s medications included famotidine 20 mg orally twice daily and potassium chloride 40 meq orally twice daily (to be taken with food), which he had been taking for approximately 6 and 8 months, respectively. The patient had no known drug allergies. His most recent vaccination was with the inactivated influenza vaccine, which had been administered 11 months previously. During the patient’s stay at the other facility, culture specimens were collected, and empirical antibiotic therapy with i.v. piperacillin–tazobactam was started; the culture results were negative.

On the patient’s arrival at our facility, dermatologists noted nodular erythematous lesions with clearly defined borders on his face and right forearm. He was noted to have significant swelling around the facial lesions, with no obvious swelling of the lips or tongue. A skin biopsy of the lesions yielded findings compatible with the clinical impression of Sweet’s syndrome. Treatment was started with oral prednisone, which was to be tapered to discontinuation over four weeks. Over the next several days, the patient’s condition improved remarkably, with resolution of the rash and a significant decrease in facial swelling by the time of his discharge from the hospital one week after admission. It was decided to rechallenge the patient with i.v. azacitidine after the resolution of his symptoms. On the reinitiation of azacitidine therapy, he tolerated the drug without complications.

Acute febrile neutrophilic dermatosis was first described in 1964 by Sweet,3 who reported eight cases of a “distinctive and fairly severe illness” in female patients; thus, the disorder is also known as Sweet’s syndrome.4 The characteristic manifestations of the syndrome are cutaneous involvement, typically consisting of erythematous plaques and papules; dermal infiltration by neutrophils, as determined via biopsy; fever; and peripheral neutrophilia.

The diagnosis of classical Sweet’s syndrome is confirmed by the fulfillment of criteria proposed by Su and Liu5 in 1986; two major criteria and at least two of four minor criteria must be met to establish the diagnosis. The major diagnostic criteria are (1) the abrupt onset of tender or painful cutaneous lesions and (2) histopathology consistent with Sweet’s syndrome. The minor diagnostic criteria are (1) a fever of >38 °C, (2) the occurrence of symptoms in association with an underlying malignancy or inflammatory disease, after vaccination, or after an upper respiratory or gastrointestinal infection, (3) an excellent patient response to treatment with systemic corticosteroids, and (4) at least three of the following abnormal laboratory values at the time of presentation: an erythrocyte sedimentation rate of >20 mm/hr, a positive C-reactive protein assay, a leukocyte count of >8000 cells/mm3, and a differential leukocyte count with >70% neutrophils.

Walker and Cohen6 proposed diagnostic criteria for drug-induced Sweet’s syndrome in 1996. Those criteria are (1) the abrupt onset of painful erythematous plaques or nodules, (2) histopathologic evidence of neutrophilic infiltrate, with no evidence of vasculitis, (3) a fever of ≥38 °C, (4) a temporal relationship between medication ingestion and clinical presentation or between a medication rechallenge and recurrent symptoms, and (5) a temporal relationship between symptom resolution and medication withdrawal or treatment with corticosteroids.

As both patients described in this report met all five diagnostic criteria for drug-induced Sweet’s syndrome, alternative diagnoses (e.g., primary leukocytoclastic vasculitis, leukemia cutis, other neutrophilic dermatoses) were ruled out. Notably, neither of the patients was known to have developed any signs or symptoms of Sweet’s syndrome before presentation at our institution.

The etiology of this syndrome is not known but is thought to involve a hypersensitivity reaction leading to the activation of cytokines and consequent activation and infiltration of neutrophils.7 Sweet’s syndrome can be an idiopathic, malignancy-related, or drug-induced condition. Nearly one fourth of patients with Sweet’s syndrome have a malignancy, usually acute myeloid leukemia.4 Medications known to induce the syndrome include filgrastim, tretinoin, vaccines, lithium, furosemide, hydralazine, oral contraceptives, minocycline, azathioprine, imatinib, bortezomib, and trimethoprim– sulfamethoxazole.8,9 In drug-induced Sweet’s syndrome, there is nearly always a temporal relationship between medication administration and symptom development.

Although both of our patients had a malignancy (i.e., MDS), the timing of the onset of manifestations of Sweet’s syndrome in relation to their exposure to azacitidine suggested that MDS itself likely did not play a causal role. Neither patient exhibited any signs or symptoms that warranted testing for viral pathogens that have been linked to Sweet’s syndrome (e.g., cytomegalovirus, HIV, hepatitis viruses),4 and a causal role for these pathogens was deemed unlikely, due to the strong temporal relationship between azacitidine use and the development of acute febrile neutrophilic dermatosis. While a number of medications are known potential inducers of the syndrome (as discussed above), our patients were not taking any of those drugs and had not received any of the implicated vaccines. Because the patients had been taking a number of maintenance medications well before the initiation of azacitidine therapy, it was deemed unlikely that the development of Sweet’s syndrome was caused by any of those medications.

Because Sweet’s syndrome can be idiopathic or associated with malignancies or medication use, it is difficult to identify the cause. In our patients, however, the timing of the onset of symptoms in relation to the administration of azacitidine strongly suggested an association. Interestingly, both patients were rechallenged with azacitidine or decitabine and did not experience any untoward reactions. Application of the algorithm of Naranjo et al.11 indicated a probable adverse reaction to azacitidine as the cause of Sweet’s syndrome in both patients.

Azacitidine was the apparent cause of Sweet’s syndrome in a patient with MDS and another with CMML. Both responded well to corticosteroid therapy. After resolution of the reaction, decitabine was given to the first patient and azacitidine to the second, without complications. 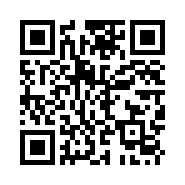