A new study raises concerns about cardiovascular malformations and other adverse pregnancy outcomes.

Lithium has been associated with increased rates of cardiovascular anomalies, primarily Ebstein's anomaly. Researchers in Israel conducted a prospective, observational study to examine associations between lithium and adverse pregnancy outcomes among women seeking advice from a teratology information service. The study population was 183 lithium-exposed pregnancies (90% with first-trimester exposure), 72 lithium-nonexposed pregnancies of women with bipolar disorder, and 748 pregnancies without teratogen exposure.

Rates of miscarriage, elective termination, and preterm delivery were higher in the lithium-exposed group than in the nonteratogen group. The three groups had similar overall rates of major malformations. Cardiovascular malformations were significantly more common with first-trimester lithium exposure (4.1% vs. 0.6% in nonteratogen-exposed pregnancies), but not after exclusion of spontaneously resolved anomalies (2.4% and 0.3%). Elevated cardiovascular risk with lithium exposure persisted after adjustment for potential confounders (smoking, birth order, and bipolar disorder).

Lithium treatment in pregnancy is associated with a higher rate of cardiovascular anomalies. Women who are treated with lithium during organogenesis should undergo fetal echocardiography and level-2 ultrasound.

Although this study reports higher rates of miscarriage, preterm birth, and persistent cardiovascular anomalies with in utero lithium exposure, the small number of anomalies weakens the power of group comparisons. With few subjects having bipolar disorder but not lithium exposure, determining the effects of the underlying illness is difficult. Risks of lithium discontinuation and untreated bipolar disorder during pregnancy must be weighed against medication risks. Among the alternatives, mood stabilizers such as valproate and carbamazepine are teratogens; lamotrigine has unclear efficacy for mania. Clinicians should ensure that women of childbearing age who take lithium use appropriate birth control, should counsel them about potential risks in pregnancy, and could consider treatment with an antipsychotic during pregnancy, provided that it effectively treats the patient's illness. 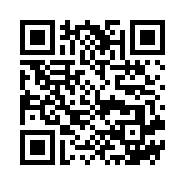