The ability to initiate a rapid defense against biotic attacks and mechanical damage is critical for all organisms. Multicellular organisms have developed mechanisms to systemically communicate the occurrence of a wound to help them escape or defend themselves from predators. Because plants are stationary and cannot escape herbivory, they must respond with chemical defenses to deter herbivores and repair damaged tissue. On page 1112 of this issue, Toyota et al. (1) report long-distance calcium ion signaling in the model plant Arabidopsis thaliana in response to caterpillar herbivory or mechanical wounding (see the image). They uncover long-distance calcium signals that require glutamate-like receptor (GLR) channels for signal propagation. These channels are activated by extracellular glutamate, a well-known mammalian neurotransmitter and a more recently uncovered developmental signal in plants (2). In mammals, glutamate receptors are central to fast excitatory neurotransmission, which is an intriguing parallel to their role as long-distance signals in wounding and defense in plants.

This study combines genetic and imaging approaches to reveal a rapid and long-distance signaling pathway that communicates leaf damage to intact leaves that are spatially and developmentally distant from the wounded leaf. Toyota et al. detect increased calcium signals at the site of both herbivory and mechanical wounding within 2 s and in distant leaves within 2 min after damage. This signal moves through the plant vasculature at rates of ∼1 mm/s, which is faster than can be explained by diffusion. This systemic calcium response can be induced through application of glutamate, but not with other amino acids, suggesting a role of GLRs. These GLRs are ion channels that open upon binding glutamate to allow calcium influx. Toyota et al. demonstrate that this long-distance signaling is lost in plants with mutations in GLR3.3 and GLR3.6. These GLRs have sequence and structural similarity to mammalian ionotropic glutamate receptors (iGRs), which are critical in learning and memory in mammals, suggesting that very different physiological processes can be mediated by related proteins from the plant and animal kingdoms.

This work builds on detailed structural and functional characterization of mammalian iGRs (3). Plant GLRs and animal iGRs have similarities in structure and abundance in genomes (4, 5). The plant GLR genes are classified into three clades: GLR3.3 and GLR3.6 are in the third clade and have a “gate” domain, where glutamate is predicted to bind and open the channel, with the highest similarity to mammalian iGRs (4). One member of clade 3, the plasma membrane–localized GLR3.4 protein, is the only plant GLR for which ion channel activity and gating by glutamate has been demonstrated (6). Clade 3 GLRs also are the only GLRs to contain a motif found in metabotropic glutamate receptors (mGluRs) (4). mGluRs function in a diversity of processes, including responses to pain and noxious stimuli (7, 8), which are related to wounding responses. Whether these particular features of the GLR3s in plants tie them to their function in wounding or other processes awaits further investigation.

An important question raised by this study is, how does this long-distance calcium signal move through the plant? In the mammalian nervous system, glutamate is a local signal that induces a long-distance ionic response. Glutamate is released into the nerve synapse from synaptic vesicles, where it binds to iGRs on the postsynaptic neuron, opening these ion channels and allowing influx of calcium ions and other cations. The ion influx induces membrane potential changes that lead to signal propagation (3). The results of Toyota et al. suggest an endocrine action of glutamate, which is dissimilar from glutamate as a neurotransmitter in mammals and more akin to a hormonal role of glutamate. This mode of action is supported by the observations that the fluorescent calcium ion reporter GCaMP3 localizes to the vasculature and that GLR3.6 is found in the cells that line the vasculature, where other wound-signaling molecules, such as jasmonates, are synthesized (9). A fluorescent glutamate sensor was also used to show that glutamate was increased at the site of wounding; this signal extends along the vasculature and exits the leaf after wounding, which is consistent with a mobile glutamate signal. These results suggest a model in which herbivore and mechanical wounding releases glutamate into the vascular system, where it can travel long distances and activate GLR3 ion channels in the plasma membrane of cells that line the vasculature. This increases the calcium ion influx into these cells. Consistent with this model, GLR3.3 and GLR3.6 were previously shown to be required for systemic wound-activated surface potential changes that are linked to the predicted behavior of these proteins as gated ion channels (10–12). GLR3 activity is required for the increased synthesis of enzymes of the jasmonate biosynthesis pathway in leaves distant from the wound site (1, 10), leading to the accumulation of jasmonates, which convey host resistance to various invading organisms (9). Additional experiments are needed to determine whether the rate of long-distance glutamate movement is sufficient to drive the rapid long-distance calcium changes.

The findings of Toyota et al. are only possible because of the powerful advances in microscopy and biosensors that were used for these observations. The authors used two calcium ion sensors and a glutamate sensor visualized by means of imaging approaches that allow detection of the dynamics of rapidly transmitted long-distance signals. The availability of a microscope that can capture a large field of view with a highly efficient camera that is sensitive enough to detect relatively weak fluorescence, and that is capable of time-lapse imaging to capture rapid signal transduction, provides insight that was not previously possible.

This combination of approaches has the potential to provide additional evidence for the importance of glutamate and GLRs in plant signaling (2). Future experiments are needed to resolve whether glutamate is moving long distances rather than acting via the localized release and long-distance propagation of ionic signals. In addition to measuring long-distance glutamate biosensor changes, another approach is to use labeled glutamate to show that this amino acid is released at wounds and travels through the vasculature to distant undamaged leaves to initiate defense responses. The possibility that glutamate may participate in systemic signaling to modulate developmental and environmental responses across the plant kingdom is an exciting avenue for future studies. 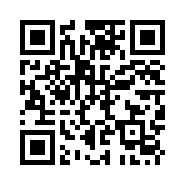