Glomerular filtration rate (GFR) is the volume of fluid filtered from the renal (kidney) glomerular capillaries into the Bowman's capsule per unit time.[1]

Glomerular filtration rate (GFR) can be calculated by measuring any chemical that has a steady level in the blood, and is freely filtered but neither reabsorbed nor secreted by the kidneys. The rate therefore measured is the quantity of the substance in the urine that originated from a calculable volume of blood. The GFR is typically recorded in units of volume per time, e.g. milliliters per minute ml/min. Compare to filtration fraction.

There are several different techniques used to calculate or estimate the glomerular filtration rate (GFR or eGFR).

Commonly a 24 hour urine collection is undertaken, from empty-bladder one morning to the contents of the bladder the following morning, with a comparative blood test then taken. The urinary flow rate is still calculated per minute, hence

To allow comparison of results between people of different sizes, the CCr is often corrected for the body surface area (BSA) and expressed compared to the average sized man as ml/min/1.73 m2. While most adults have a BSA that approaches 1.7 (1.6-1.9), extremely obese or slim patients should have their CCr corrected for their actual BSA.

BSA can be calculated on the basis of weight and height

This formula expects weight to be measured in kilograms and creatinine to be measured in mg/dL, as is standard in the USA. The resulting value is multiplied by a constant of 0.85 if the patient is female. This formula is useful because the calculations are relatively simple and can often be performed without the aid of a calculator.

For creatinine in µmol/L:

The most recently advocated formula for calculating the GFR is the one that was developed by the Modification of Diet in Renal Disease Study Group.[5] Most laboratories in Australia,[6] and The United Kingdom now calculate and report the MDRD estimated GFR along with creatinine measurements and this forms the basis of Chronic kidney disease#Staging.[7] The adoption of the automatic reporting of MDRD-eGFR has been widely criticised.[8][9][10]

The most commonly used formula is the "4-variable MDRD" which estimates GFR using four variables: serum creatinine, age, race, and gender.[11] The original MDRD used six variables with the additional variables being the blood urea nitrogen and albumin levels.[5] The equations have been validated in patients with chronic kidney disease; however both versions underestimate the GFR in healthy patients with GFRs over 60 mL/min.[12][13] The equations have not been validated in acute renal failure.

For creatinine in mg/dL:

For creatinine in µmol/L

In children, the Schwartz formula is used.[14][15] This employs the serum creatinine, the child's height and a constant to estimate the glomerular filtration rate:

Where k is a constant that depends on muscle mass, which itself varies with a child's age:

The method of selection of the K-constant value has been questioned as being dependant upon the gold-standard of renal function used (i.e. creatinine clearance, inulin clearance etc) and also may be dependant upon the urinary flow rate at the time of measurement 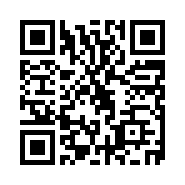