the sequences of several natural interferon alpha subtypes and assigning

the most frequently observed amino acid in each corresponding position.1

Four additional amino acid changes were made to facilitate the molecular

construction, and a corresponding synthetic DNA sequence was constructed

interferon-beta shows identity at over 30% of the amino acid positions. Interferon

alfacon-1 is produced in Escherichia coli (E. coli) cells that have been genetically

altered by insertion of a synthetically constructed sequence that codes for

oxidize to its native state, and its final purity is achieved by sequential passage

over a series of chromatography columns. This protein has a molecular weight

INFERGEN is a sterile, clear, colorless, preservative-free liquid formulated with

alfacon-1 at a fill volume of 0.3 mL and 0.5 mL, respectively. INFERGEN vials

3.8 mg/mL sodium phosphate in Water for Injection, USP. INFERGEN is to be

Interferons are a family of naturally occurring, small protein molecules with

inducers. Two major classes of interferons have been identified (i.e., type-I and

type-II). Type-I interferons include a family of more than 25 alpha interferons

have similar biological effects, not all the activities are shared by each alpha

interferon and, in many cases, the extent of activity varies substantially for each

interferon to the cell-surface receptor, leading to the production of several

responses which include antiviral, antiproliferative, and immunomodulatory

and class II) expression and regulation of cytokine expression. Examples

activities of INFERGEN have been compared with other recombinant alpha

interferons in in vitro assays and have demonstrated similar ranges of activity.

effect assay and an antiproliferative assay was 1 x 109 U/mg. However, 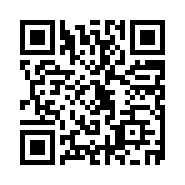