John P. Christodouleas, M.D., M.P.H., Robert D. Forrest, C.H.P., Christopher G. Ainsley, Ph.D., Zelig Tochner, M.D., Stephen M. Hahn, M.D., and Eli Glatstein, M.D.
N Engl J Med 2011; 364:2334-2341
On March 11, 2011, a 9.0-magnitude earthquake struck the east coast of Japan. The total number of people who died in the earthquake and the tsunami that it generated is still being assessed, but the official estimation already exceeds 14,000.1 The natural disaster also caused substantial damage to the Fukushima Daiichi nuclear power plant, the consequences of which are still unclear. The purpose of this review is to put the emergency at the Japanese power plant, even as it is evolving, into the context of the extensive literature on nuclear-reactor accidents by analyzing the mechanisms and major short-term and long-term health risks of radiation exposure. In addition, we briefly discuss the accidents at Three Mile Island in Pennsylvania in 1979 and at Chernobyl in Ukraine in 1986 because they illustrate the broad range of potential outcomes.

Reactor Accidents and the Release of Radioactive Materials

In a nuclear power plant, the fuel, an isotope of either uranium or plutonium, undergoes fission to produce the energy that is used to heat water and turn steam-driven turbine generators. In addition to the release of energy, the split fuel creates radioactive fission products. In the event of an accident, the primary concern is that the support structure (core) containing the fuel and the fission products may become damaged and allow radioactive elements to escape into the environment. One mechanism by which this can happen is failure of the core cooling system. In such a circumstance, the reactor core and even the fuel itself can partially or completely melt. Elevated temperatures and pressures can result in explosions within the reactor, dispersing radioactive material. In most plants, the potential effects of a cooling-system failure are minimized by surrounding the reactor core with a steel-walled vessel, which in turn is surrounded by an airtight, steel-reinforced concrete containment structure that is designed to contain the radioactive material indefinitely. Of note, the explosions that have been seen in reactor accidents are not the same as those seen after the detonation of a nuclear weapon, since the latter requires highly enriched uranium or plutonium isotopes in concentrations and configurations that are not present in power plants. 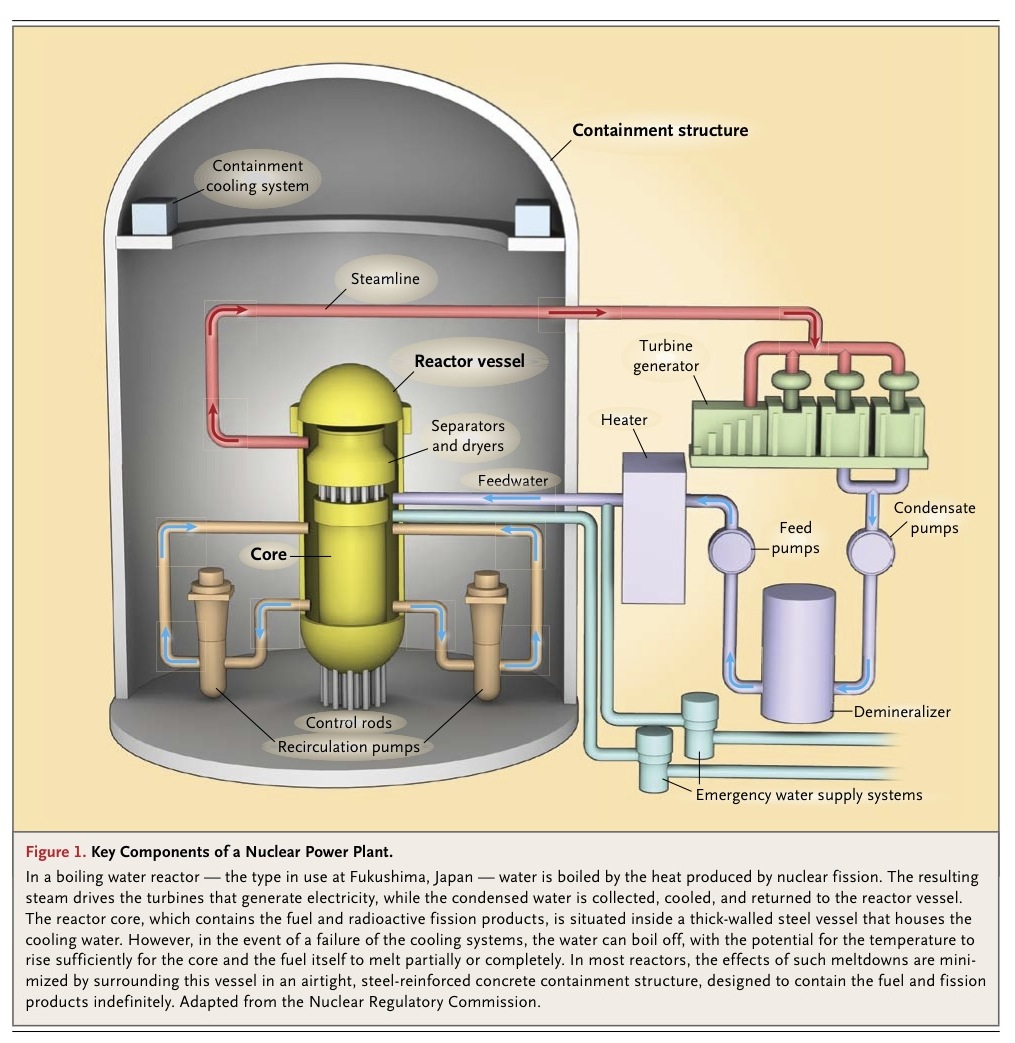 In the partial meltdown at Three Mile Island, the plant's containment structure fulfilled its purpose, and a minimal amount of radiation was released.2 However, there was no such containment structure in place at the Chernobyl reactor — the explosions and the subsequent fire sent a giant plume of radioactive material into the atmosphere. Although the Three Mile Island accident has not yet led to identifiable health effects,3-5 the Chernobyl accident resulted in 28 deaths related to radiation exposure in the year after the accident.6,7 The long-term effects of the Chernobyl accident are still being characterized, as we discuss in more detail below. The situation at Fukushima, though still in daily flux, will probably end up ranking between these two historical accidents in terms of radiation releases and health consequences. 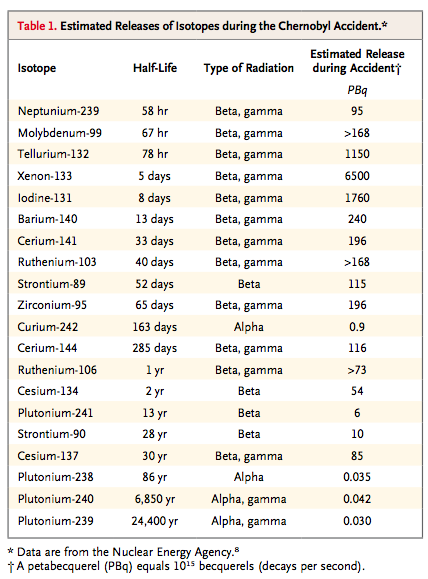 table1 lists the radioisotopes that were released during the Chernobyl accident.8 The health threat from each radioisotope depends on an assortment of factors. Radioisotopes with a very short half-life (e.g., 67 hours for molybdenum-99) or a very long half-life (e.g., 24,400 years for plutonium-239), those that are gaseous (e.g., xenon-133), and those that are not released in substantial quantities (e.g., plutonium-238) do not cause substantial internal or external contamination in reactor accidents. In contrast, iodine-131 can be an important source of morbidity because of its prevalence in reactor discharges and its tendency to settle on the ground. When iodine-131 is released, it can be inhaled or consumed after it enters the food chain, primarily through contaminated fruits, vegetables, milk, and groundwater.Once it enters the body, iodine-131 rapidly accumulates in the thyroid gland, where it can be a source of substantial doses of beta radiation.

The release of radioactive water into the sea at the Fukushima plant has resulted in an additional route whereby the food chain may be affected, through contaminated seafood. Although the radioactivity in seawater close to the plant may be transiently higher than usual by several orders of magnitude, it diffuses rapidly with distance and decays over time, according to half-life, both before and after ingestion by marine life. 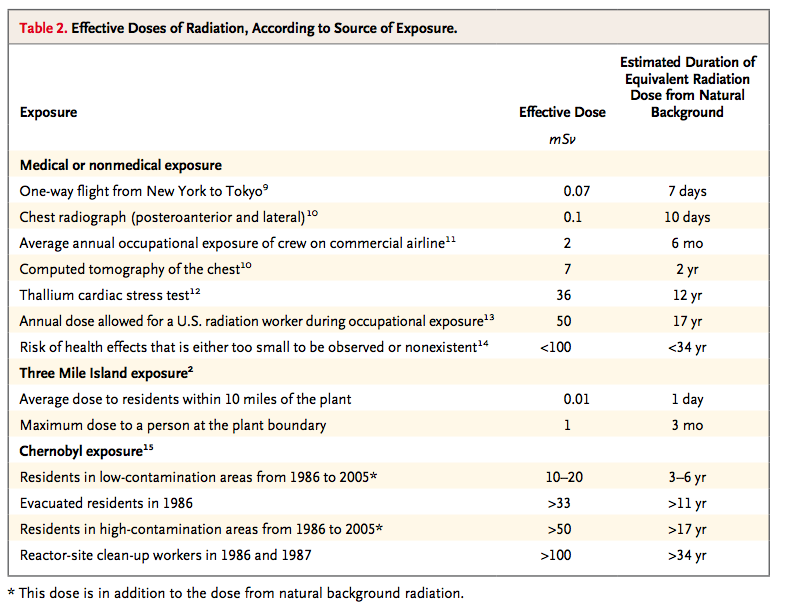 table2 shows estimated effective doses received during common medical and nonmedical activities and how these doses relate to those received by the populations around Three Mile Island and Chernobyl.9-15

Radiation exposure can potentially result in short-term and long-term effects in every organ system in the body. Comprehensive reviews of the literature on radiation exposure have been produced by the International Atomic Energy Agency and the World Health Organization.7,15 In this review, we focus on the two potential outcomes of radiation exposure that have garnered much of the media attention in the wake of the ongoing crisis in Fukushima: acute radiation sickness and increased long-term cancer risks.

Acute Radiation Sickness and Its Treatment

Much of the short-term morbidity and mortality associated with a high total or near-total body dose is due to hematologic, gastrointestinal, or cutaneous sequelae. In the Chernobyl accident, all 134 patients with acute radiation sickness had bone marrow depression, 19 had widespread radiation dermatitis, and 15 had severe gastrointestinal complications.18 Hematologic and gastrointestinal complications are common because bone marrow and intestinal epithelium are especially radiosensitive as a result of their high intrinsic replication rate. Cutaneous toxic effects are common because external low-energy gamma radiation and beta radiation are chiefly absorbed in the skin. In Chernobyl, estimated skin doses in some patients were 10 to 30 times the bone marrow doses.18 If total body doses are extremely high (>20 Gy), severe acute neurovascular compromise can occur. At Chernobyl, the highest absorbed dose in a worker was 16 Gy.19

Acute radiation sickness can be categorized into three phases: prodrome, latency, and illness.

summarizes the constellation of hematologic, gastrointestinal, and neurologic symptoms, along with the time to onset and dose dependence, associated with each of these phases. Cutaneous manifestations of acute radiation injury include mild erythema and pruritus with limited skin doses (3 to 15 Gy) and blistering and ulceration with very high skin doses (>15 Gy).6

The first step in the care of any patient who is exposed to radiation is to manage immediate life-threatening injuries, such as those from trauma or burns. The next step is to address external and internal radiation contamination, if any. Decontamination protocols are available from several sources.20,21 Once these issues have been addressed and acute radiation sickness is suspected, treatment is guided by the estimated total dose, which is determined on the basis of the initial clinical symptoms, lymphocyte depletion kinetics, and cytogenetic analyses, when available.22,23

Patients with modest whole-body doses (<2 Gy) may require only symptomatic support for nausea and vomiting. In patients with whole-body doses of more than 2 Gy, the treatment of the consequences of bone marrow depletion is paramount. Strategies include management of infections with antibiotics and antiviral and antifungal agents, the use of hematopoietic growth factors, and possibly bone marrow transplantation.20 The use of bone marrow transplantation is controversial, since outcomes after radiation accidents have been poor. After Chernobyl, only 2 of the 13 patients who underwent bone marrow transplantation survived long term. Among the 11 patients who died, complications from transplantation appeared to be the primary cause of death in 2 patients.24Gastrointestinal radiation sequelae are managed with supportive care and possibly with the use of prophylactic probiotics.25 Cutaneous radiation injuries may evolve over the course of weeks. Treatment of such lesions involves minimizing acute and chronic inflammation with topical glucocorticoids while avoiding secondary infections. Several organizations have developed detailed treatment algorithms for acute radiation sickness that are publicly available.6,20,26,27

In the region around Chernobyl, more than 5 million people may have been exposed to excess radiation, mainly through contamination by iodine-131 and cesium isotopes.7 Although exposure to nuclear-reactor fallout does not cause acute illness, it may elevate long-term cancer risks. Studies of the Japanese atomic-bomb survivors showed clearly elevated rates of leukemia and solid cancers, even at relatively low total body doses.28,29 However, there are important differences between the type of radiation and dose rate associated with atomic-bomb exposure and those associated with a reactor accident. These differences may explain why studies evaluating leukemia30-36– and nonthyroid solid cancers37-40– have not shown consistently elevated risks in the regions around Chernobyl. Alternatively, small increases in the risks of leukemia and nonthyroid solid cancers may become more apparent with improved cancer registries or longer follow-up. In the population around Three Mile Island, there was a notable temporary increase in cancer diagnoses in the years immediately after the accident, but this increase may have been the result of intensified cancer screening in the area. Long-term follow-up has shown no increases in cancer mortality.4

.     8 Chernobyl: assessment of radiological and health impacts. 2002 Update of Chernobyl: ten years on. Paris: Nuclear Energy Agency of the Organization for Economic Cooperation and Development, 2003. (http://www.oecd-nea.org/rp/chernobyl/.) 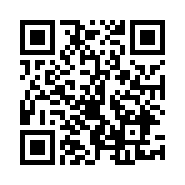