In recent decades, biomarkers have become essential in diagnosing disease and assessing patients' responses to therapy. The increasing quantitative rigor and efficiency of these tests have led to the possibility of “personalized medicine.” Despite such progress, the way in which a physician uses biomarkers recapitulates an enduring practice of medicine: measure the patient, think about the result, and make a decision.

With these advancements, U.S. researchers and companies have also claimed patents on their biomarker discoveries. These patents have generated controversy over whether they hinder the practice of medicine and research by covering not just the actual test but also the use of the biomarker generally in making diagnoses and discovering new applications. This year, a lawsuit over one such patent reached the Supreme Court in Mayo Collaborative Services v. Prometheus Laboratories, 1 the outcome of which may substantially alter the role of patents in biomarker discovery and clinical application.

The controversy originated in the mid-1990s, when researchers discovered that blood levels of azathioprine metabolites could guide the treatment of inflammatory bowel disease. Their patents on their discoveries covered, among other similar claims, administering azathioprine and measuring the level of a metabolite of the drug (see diagram 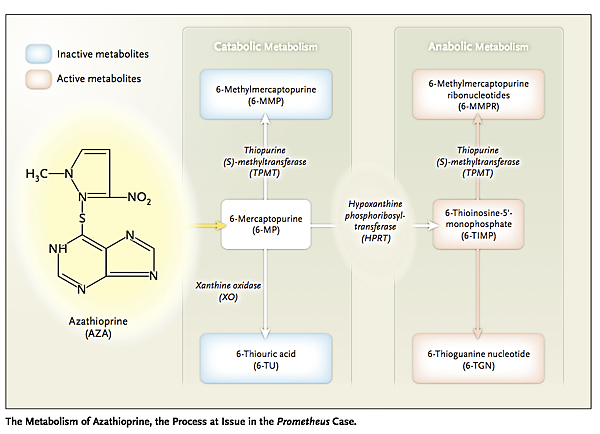 Mayo Medical Laboratories initially sent out its specimens to Prometheus for analysis and recommendations that used the patented correlations. After some time, however, Mayo's researchers created what they believed was a more accurate assay that employed slightly different cut points for adjusting azathioprine doses. Mayo adopted this new assay and priced it 25% below the price of Prometheus's test.2 Prometheus sued for patent infringement.

U.S. law permits patents for processes or methods that also meet the other requirements in the patent statute, including being novel and “nonobvious,” or entailing a sufficient advance over existing knowledge. Traditionally, the primary rule covering whether a process is patentable was that the process could not be a law of nature, such as a mathematical formula or scientific algorithm. However, it was permissible to use a law of nature in an inventive process; in one famous case, for instance, a patent involved the use of the Arrhenius equation of thermodynamics as part of an inventive process for making synthetic rubber. The Court of Appeals for the Federal Circuit, the highest patent court below the Supreme Court, had implemented this rule by requiring that a process produce a “useful, concrete and tangible result” in order to be patentable.

The nebulous boundaries of a law of nature, however, led to a proliferation of patents in the health care field, covering various basic-science discoveries and essential steps in medical decision making. Dissatisfaction over these broad patents first reached the Supreme Court in 2006 in a controversy over a patented process covering the association between an elevated blood homocysteine level and the diagnosis of vitamin B12 or folate deficiencies.3 But the Court ultimately decided not to hear the case, leaving the patent intact over a scathing dissent from Justice Stephen Breyer, who considered this process to be “a simple natural correlation.”

After that opinion was issued, the Federal Circuit announced a new standard for patenting a process: to be distinguished from a law of nature, the process must be related to a machine or cause a transformation of matter. However, in a 2010 case that unanimously overturned a patent for a business method for hedging investment risk, the Supreme Court also narrowly rejected this test as the sole determinant of patentability, because such a limitation might improperly exclude future technology from patenting.4

The Prometheus Laboratories dispute reached the Court soon after that ruling was issued. Prometheus argued that its drug–metabolite correlations were patentable because the process of identifying the metabolite level, which led to treatment adjustments, would not occur “but for the handiwork of man” in creating azathioprine. The U.S. Solicitor General sided with Prometheus in principle but argued that these specific patents might not meet the tests of novelty or nonobviousness.

But Justice Breyer, this time writing for a unanimous court, found the claimed intellectual property to be an unpatentable law of nature because it restated a basic scientific discovery and simply instructed physicians “to gather data from which they may draw an inference.” The court held that “if a law of nature is not patentable, then neither is a process reciting a law of nature,” and Prometheus's patent “amounts to nothing significantly more than an instruction to doctors to apply the applicable laws when treating their patients.”

With this decision, the Supreme Court has taken a bold step, proscribing patents from covering correlations used in making biomarker-based diagnoses when those patents simply describe “steps that must be taken in order to apply” the natural law in question. In addition, bundling the diagnosis with the step of administering a man-made drug does not make a biomarker discovery a patentable invention. A patentable process now needs to involve an inventive and novel application of a law of nature beyond “well-understood, routine, conventional activity, previously engaged in by those in the field.”

The Court's argument would have applied to the earlier homocysteine case and would also apply to a range of other diagnostic patents. For example, after Mayo Collaborative Services, the Federal Circuit must also revisit a lawsuit challenging patents held by Myriad Genetics that cover the BRCADNA sequences and the process of using the genes to identify patients who are at risk for breast cancer. In light of the decision, the diagnostic patents at issue are not likely to survive. However, it is less certain whether the more robust definition of a law of nature laid out by the Court will extend to other fields and invalidate the patents on the essential DNA sequences as well.

Also uncertain is the decision's effect on patents covering the use of a diagnostic method as one step in a larger process of treating patients, such as so-called theranostic processes that link biomarkers with safe and effective drug use. Increasingly, new treatments, especially ones for cancer, are being codeveloped with biomarker assays that guide their use. The U.S. Patent Office will now face the task of distinguishing the development and characterization of these biomarkers from other “processes” that simply combine a test for a drug metabolite with a dosing algorithm.

Excluding some medical discoveries from the possibility of patenting has led some observers to worry about the implications for private investment. Industry trade groups have argued that process patents are essential for recouping the costs of biomarker innovation. Justice Breyer suggested that Congress could consider whether innovation in diagnostic methods needed special market-exclusivity protection. In our view, a better option would be to increase public funding for biomarker discovery and development. The Foundation for the National Institutes of Health, an independent nonprofit organization, has spawned more than 100 projects in this area, including the Biomarkers Consortium, a public–private partnership investing in the discovery of biomarkers for Alzheimer's disease and other conditions. In genomics, less scientific research and product development have been done on gene sequences covered by intellectual property rights than on comparable sequences promulgated through an open-source model.5 If the Supreme Court's move to free the fundamental processes of medical diagnosis from private ownership supports greater interest in such consortia, it could ultimately enhance the public health. 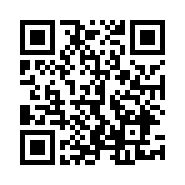